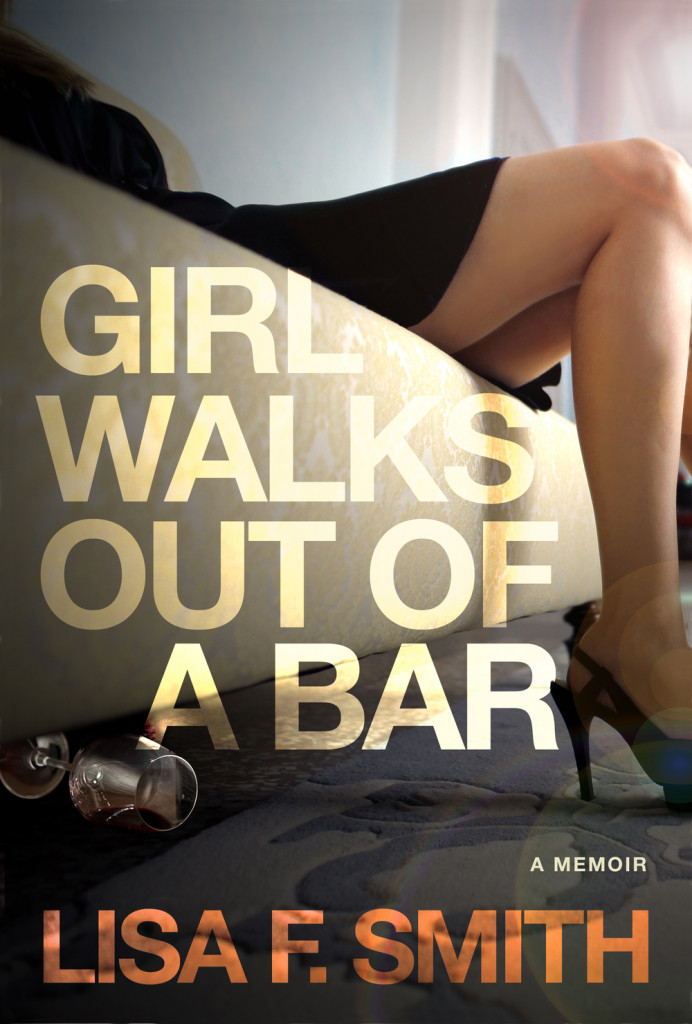 Lisa Smith has written a chilling account of her life as a New York lawyer addicted to alcohol and cocaine.

Smith got an early start. By age 8 she was sneaking sips of alcohol at parties hosted by her parents. By 13 she hung around “almost exclusively” with drinking kids, and by 15 she was binge drinking while also trying pot and cocaine.

“By 18, I was a straight-A student, editor of the high school yearbook, and accepted early to Northwestern University. I was also a blackout drunk,” she writes.

As a successful lawyer, Smith sought to conceal her consuming addictions from co-workers and friends.

“My ability to hold my liquor was astonishing, and I could outdrink every guy I knew.” She would frequent bars and then continue drinking when she returned to her apartment. One morning she woke up to find a man sound asleep next to her, having no idea who he was or how he got there. In one scene Smith recounts a drunken sexual encounter in more detail than necessary. Perhaps her underlying message is that alcohol and sex can be a risky mix.

The author did not enjoy the taste of wine, but she craved the buzz it gave her. “If battery acid worked better to get me buzzed, I would have sucked it down.” She stopped buying single bottles of wine and had cases delivered to her apartment.

She started to spend more evenings alone at home, “drinking and then crying myself unconscious.” When friends suggested that she might be an alcoholic, she cut them out of her life. She could not imagine life without alcohol.

While on a business trip to Florida, she stayed an extra day to soak up the sun, while drinking 12 Corona Lights.

She finally sought help after vomiting blood in her toilet, getting only four hours of sleep a night and settling into a routine of drinking and using cocaine each morning before work. She checked herself into a detox center in Manhattan, joined Alcoholics Anonymous and vowed to stay sober, one day at a time. Like many addicts Smith suffered from multiple addictions – alcohol, cocaine and cigarettes.

Addiction memoirs flood the market. Although Smith’s story is not unique, her descent into serious addiction can serve as a warning sign for others. For years she wrestled with the idea that she should be able to manage her addictions.

Unfortunately, the book is filled with vulgar language and frequent use of the “f” word, which was unnecessary and detracts from her positive message that sobriety is possible. The coarse language is regrettable because Smith is a fine writer who employs apt metaphors. In recovery she passed liquor stores and longed for the bottles on display in windows the “way normal people ache for puppies in a pet shop.” She remembers a bar that served “hamburgers as thick as drugstore paperbacks.”

The book is a little vague about precisely what gave Smith the courage to seek sobriety after years of saying she could not imagine living without booze.

She wondered how alcoholism could be a disease if picking up a bottle is something you do voluntarily. Even in treatment she looked forward to eventually being able to drink like most people without being consumed by it. A doctor explained that alcoholics have a genetic predisposition to drunkenness. If they take one drink, they cannot stop.

After 20 years of out-of-control, life-threatening drinking, Smith has been sober for 12 years. She still longs for a drink, but sticks to her vow of abstinence.

This book will have served a useful purpose if it encourages one addict to seek help and allows family members and friends to better understand the evil grip of addiction.

Film: Playwright August Wilson began his chronicle of the African-American experience throughout the … END_OF_DOCUMENT_TOKEN_TO_BE_REPLACED

Film: Just in time with the opening of movie theaters in Palm Beach County comes the season’s most … END_OF_DOCUMENT_TOKEN_TO_BE_REPLACED

Music: The very last concert Franz Joseph Haydn attended in his life was in March 1808, about a year … END_OF_DOCUMENT_TOKEN_TO_BE_REPLACED