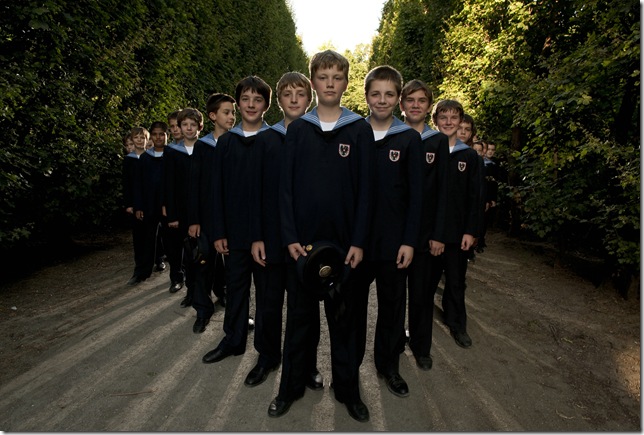 Fresh off his first-ever U.S. performance earlier this week in Clearwater, the choirmaster for one of the world’s oldest boys’ choirs said his upcoming concert conducting for Vienna Boys Choir in Fort Lauderdale will take audiences on a little globetrotting.

“We want to take people on a journey all over the world not only with European music and classical pieces, but film pieces from movies including ‘The Jungle Book,’” said choirmaster Oliver Stech, who will conduct the Vienna Boys Choir on Saturday night at First Baptist Church of Fort Lauderdale.

The Vienna Boys Choir’s appearance is sponsored by the South Florida Symphony Orchestra, which was formerly the Key West Symphony. In addition to film music and international folk songs, the choir will begin the program with choral classics and the kind of classical and religious music that audiences would expect from the venerable touring choir.

“As always we will feature music from the Strauss family because that is really one of the composers we are famous for performing all over the world,” Stech said from Sarasota, where the members of the choir had enjoyed some free time at the beaches following a day at Universal Studios.

With its roots in the 13th century, the Vienna Boys’ Choir is divided into four sub-groups, or touring choirs, of equal standing. The tours, appearances in Vienna and recording projects are shared among them. Each choir has a choirmaster, and two tutors or prefects who travel with the boys.

Among the Choir’s duties today are the Sunday services in Vienna’s Imperial Chapel, at the Vienna Musikverein, home to the Vienna Philharmonic. They also make appearances at official state occasions, concerts in Vienna and abroad, as well as appearances in the Vienna State Opera and Volksoper.

Each choir spends about 11 weeks of the academic year on tour; each choir boy sings around 80 performances a year. The choirs are named after famous Austrian composers associated with the choir’s history: Bruckner, Haydn, Mozart and Schubert. The choir still performs much of their music.

The world is full of excellent examples of boys’ choirs but most include more mature membership up to the age of 19. The Vienna Boys Choir restricts voices to youngsters between the ages of 10 to 14, soprano and alto voices.

“We also do four and five-part pieces which are very difficult for only 24 boys and that may be a reason we are so famous: we have only the upper voices,” Stech said.

Although the choir will be performing in orchestral halls elsewhere in Florida during this tour, they will also be at home in a church setting, which brings some acoustic benefits. “I really like performing in churches because most of the time they have really good acoustics and the voices can develop in a big space,” Stech said. “In Fort Lauderdale, I am looking forward to performing in a church. In most of the cases my experiences with churches and cathedrals is always beautiful.”

Saturday’s program is scheduled to include music by Buxtehude, Jacobus Gallus and Antonio Caldara, Haydn, Schubert, Mendlessohn and Schumann, plus international and Austrian folksongs, film music and waltzes by Strauss. Stech said the Fort Lauderdale audience will probably see an encore number with the Vienna Boys Choir singing and dancing to an African piece.

“We want to not only to fulfill expectations but feature some new pieces they maybe wouldn’t have expected before,” he said.

Film: Playwright August Wilson began his chronicle of the African-American experience throughout the … END_OF_DOCUMENT_TOKEN_TO_BE_REPLACED

Film: Just in time with the opening of movie theaters in Palm Beach County comes the season’s most … END_OF_DOCUMENT_TOKEN_TO_BE_REPLACED

Music: The very last concert Franz Joseph Haydn attended in his life was in March 1808, about a year … END_OF_DOCUMENT_TOKEN_TO_BE_REPLACED