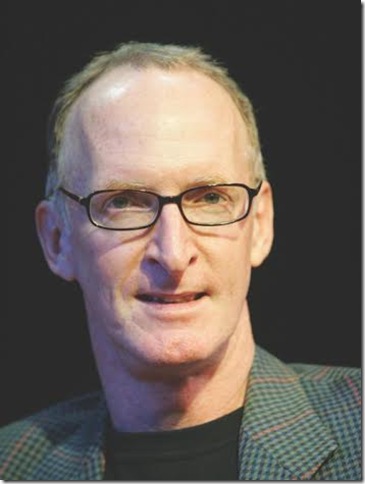 “The audience for theater in general seems to be diminished, unless you are doing very familiar stuff,” he says. “Two of our pieces last season were musicals that were brand-new. While I loved them, people are not willing to take a chance on something they’ve never heard of, even with our modest price commitment.”

If that sounds like he is getting ready to give up on developing new plays by relatively unknown playwrights, you do not know Tyrrell. This fall he kicks off a season of three new works by women writers, and tonight, he opens his second year of readings of new musicals, which he calls “Summer Tune-Ups.”

The series is part of his effort to develop and educate audiences, exposing them to musicals that are different in scale and tone from the usual Broadway fare. “We want to bring people into the developmental process so that they understand that a musical doesn’t have to be called ‘Mamma Mia’ or ‘Les Miz’ or ‘Jersey Boys’ to really be interesting.”

The seniors that supported Tyrrell’s former theater company, going back to the days when it was called Theatre Club of the Palm Beaches or even Pope Theatre Company, were eager to embrace the unknown. Baby Boomers, on the other hand, “are going less to anything that is unrecognizable to them as a title,” he says. “After 30 years of doing what I do — new work — I’ve really seen a tremendous change.”

Tyrrell went to composers he had worked with before for this year’s Tune-Up, finding tonight’s Mother, Me & the Monsters on the website of Will Aronson, the composer of last season’s The Trouble with Doug. “The Internet is so great for seeing what is out there,” says Tyrrell.

This decidedly offbeat musical is based loosely on the life of the show’s lyricist and book writer, Sam Salmond. It’s described as the heartbreaking true story of his “relationship with his mother over the course of four dads and three divorces, and his evolving friendship with the monster under his bed.”

The most impressive and edgiest musical from last year’s Tune-Up was Dani Girl, about a young girl’s battle with cancer. So Tyrrell went back to composer Michael Kooman and lyricist Christopher Dimond for the second musical, Judge Jackie Justice, to be read next Friday., Aug. 15. This one is considerably more audience-friendly, a comic send-up of reality TV courtroom shows, and the judge’s difficulties in her personal life.

Both musicals will be showcased for one night only, with tickets ranging from $15 to $20. Unlike too many reading series, Arts Garage often graduates the scripts it tests out to full production in future seasons. “We’ll look at them, gauge the audience reaction and determine whether one of both them want to be produced fully,” Tyrrell promises.

For his subscription season, Tyrrell announced it would be “A Celebration of Women’s Voices” — three plays by female playwrights — before he actually had the plays. But, he quickly adds, “It was not difficult to find scripts by women that I wanted to do. When I said I wanted to do this, I had no dearth of scripts sent my way.”

He had only worked with one of the three women, Lauren Gunderson, who wrote the revenge comedy Exit, Pursued By a Bear. Her newer play, I and You (Jan. 16-Feb. 8), concerns two teens brought together by a school project on Walt Whitman. The season opens with The How and the Why (Nov. 7-30), by Sarah Treem, a writer-producer for television’s House of Cards and In Treatment. Her play focus on mother-daughter evolutionary biologists and their uphill battles in a male-dominated world. The third play, Allison Gregory’s Uncertain Terms (March 6-29),is about a battle over inheritance and the challenge of selling real estate in a down market.

Tyrrell is excited to be able to produce three well-crafted plays by women, but his purpose is not entirely altruistic. “Part of the deal, in addition to feeling we need to provide our women artists opportunities that they traditionally have not had, quite frankly, women are the ticket buyers,” he says. “And these plays are dealing with women’s issues that they can immediately go, ‘Oh, that sounds interesting.’ We have to try to be as creative with how we develop our audience as how we develop the plays.”

He is working hard to get the word out about Theatre at Arts Garage, but for the audience he emphasizes that the experience will be enjoyable. “The bottom line is it’s just fun. An evening of entertaining, thoughtful theater — be it a musical or not — sitting at a table with friends and drinking the wine of your choice and bringing a little nosh is about as much fun as I think it gets,” concludes Tyrrell. “It’s casual, it’s intimate, it’s easy. We just have to get the word out.” 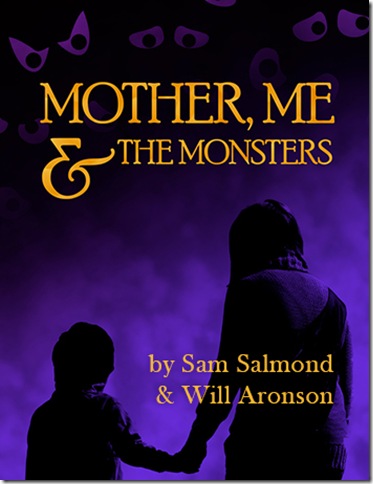 Music: The very last concert Franz Joseph Haydn attended in his life was in March 1808, about a year … END_OF_DOCUMENT_TOKEN_TO_BE_REPLACED

Film: Major League Baseball culminates each season with the World Series, but to find the true … END_OF_DOCUMENT_TOKEN_TO_BE_REPLACED