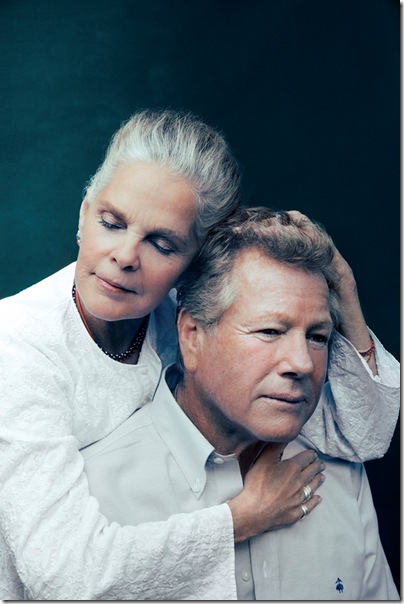 If you are on the far side of 55 or have an extensive DVD collection of romantic kitsch, you probably know Oliver Barrett IV and Jenny Cavalleri, a/k/a Ryan O’Neal and Ali MacGraw, of Erich Segal’s runaway bestselling novel Love Story and the 1970 blockbuster movie it spawned.

Well, the two film stars – now in their mid-70s – have reunited for a national tour of A.R. Gurney’s Love Letters, the two-character epistolary stage play designed to be read from notebook scripts as the performers sit side-by-side at desks, facing the audience. As a result, the dramedy, which first opened on Broadway in 1989 and was revived there last fall, has been played by countless A-list actors with little time or interest in rehearsing or memorizing lines.

O’Neal and MacGraw begin the Love Letters tour at the Broward Center in Fort Lauderdale this Tuesday evening, playing upper-crust Philadelphians, lifelong friends and almost lovers. Last month, they spoke with Hap Erstein on a three-way conference call about their careers, their apprehensions about stage work and this play.

Erstein: Have offers been arriving to get you two together again, ever since Love Story?

MacGraw: Not that I’m aware of. We see each other. We get calls to do special things, yes. Related to Love Story.

Erstein: When they called about this tour, were you easily persuaded?

Erstein: What was it about the play that it seemed like the right vehicle for you two?

MacGraw: Well, I don’t know about “vehicle.” Because that sounds like I was calculating it. I just like the play. I did do it 20 years ago with a wonderful actor named Robert Foxworth. And also once as a favor in Maine with an actor friend at a fundraiser for a summer theater.

I did think it was incredibly touching and real. And I know those two people. I know Ryan’s character and I know my character. I went to school with some of them. And I was shocked all these years later to read it and be as moved as I was by it. So, I thought, as it’s a reading and as it’s Ryan playing the other part, it was just a fantastic opportunity. I was incredibly flattered and thrilled to be offered it, because on Broadway they did it with everybody you’ve ever heard of, to great success.

Erstein: Why did you want to do the tour, Ryan?

O’Neal: Well, we have this prior (Love Story) that went pretty well. In fact, I fell in love with her. And when you fall in love with someone, it’s hard to fall out of it. I’ve been there so many years, and I thought this was a gift from God handed to me. Here was a chance to see her again in nine different cities.

MacGraw: Through tornadoes, lizards and probably hurricanes in Florida. We’re going to have fun.

Erstein: Neither one of you have much stage experience. Does that make you nervous?

MacGraw: You know what I’m frightened of? I have a really tough time memorizing lines. That’s one huge thing taken out of the equation for me. Thank God I can read it.

O’Neal: Maybe we’ll do another play and we’ll just read it.

MacGraw: Y’know what I was hoping? I was hoping that The Artist, that fabulous French silent movie, would be done as a play.

MacGraw: I have two dogs. We could use them.

But I have to say I’m not kidding about the memorization thing. It’s so petrifying. I had a very small part in Festen (a short-lived play on Broadway in 2006) with very accomplished actors, it was an ensemble piece. And they were whipping through their dialogue and I was embarrassed and frightened witless.

O’Neal: What a great way to go onstage.

Erstein: The first time you met with director Gregory Mosher, you read the script together. How did that go?

O’Neal: Yeah, it was perfect. We could have printed it, it was so perfect. With one rehearsal, we were ready. We’re film actors, so we’re not used to rehearsing. So after one day, it was when do we start, where do we go? And when do we get paid?

We have done this story, parts of it, already. And been acclaimed for it actually and loved in some respects.  So it’s a shoo-in. 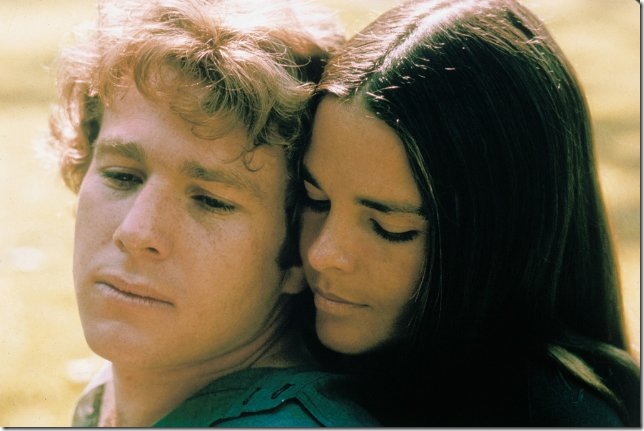 Erstein: You see parallels between Love Letters and Love Story?

O’Neal: Absolutely. I do.

MacGraw: Sure, they’re there.

O’Neal: It’s funny, we had no idea that Love Story would be this big deal. It was just us making this little story. It didn’t mean so much, that term, “Love means never having to say you’re sorry.” We had no idea that it was going to become a classic line.

Then people would ask us what it meant. How dare they. It’s just hard to explain.

MacGraw: For 40 years we’ve been trying to explain it.

MacGraw: That was a long time ago. But I would give anything if we really pull this off.

Erstein: You’re an accomplished, recognized actress. What would it mean to you if you’re successful in this play?

MacGraw: No, I’m not an accomplished actress. I’m a pop star. There’s a big difference. If it comes off well, it will feel really good to have done it well in terms of Ryan and the writer and the director. This will mean a lot to me.

I’ve done my share of really awful stuff and I’ve done a couple of things that weren’t. So obviously, it would feel wonderful if people said, “God, that really touched me.” That would thrill me, that’s all I can say.

MacGraw: There’s a ton of really gifted women in my age group and very few parts. I get it. I’m not an idiot. To be perfectly honest with you, I loved the reading and the rehearsals for the movies. The minute I saw that camera, I almost had a heart attack. And certainly I have no stage experience except that one time. So I feel so comfortable knowing that Ryan — who’s really brilliant in this, and somebody I love — is right there. 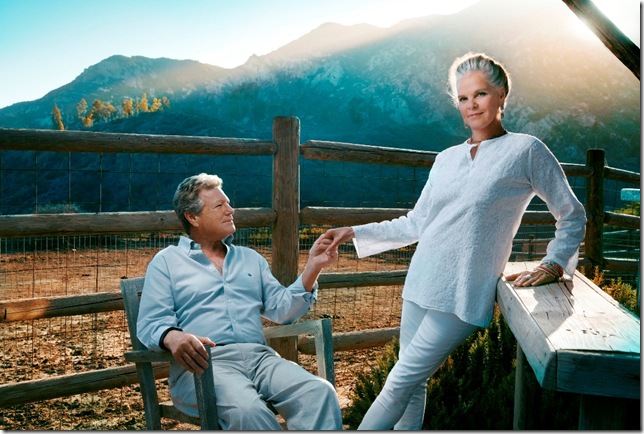 O’Neal: I’m a virgin at this. I’m frightened of the audience. I’m going in and I’m just counting on my leading lady to be kind.

Film: Playwright August Wilson began his chronicle of the African-American experience throughout the … END_OF_DOCUMENT_TOKEN_TO_BE_REPLACED

Film: Just in time with the opening of movie theaters in Palm Beach County comes the season’s most … END_OF_DOCUMENT_TOKEN_TO_BE_REPLACED

Music: The very last concert Franz Joseph Haydn attended in his life was in March 1808, about a year … END_OF_DOCUMENT_TOKEN_TO_BE_REPLACED