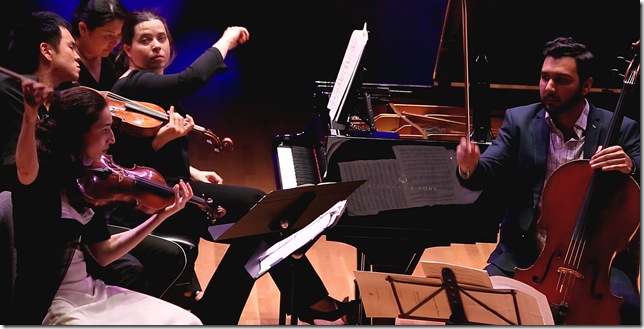 It is a maxim of South Florida life that when it begins to rain, all residents are commanded to forget everything they ever knew about driving in it.

It’s the kind of thing that sets one’s nerves on edge, and so it was doubly fortunate that when I at last arrived at the opening night of the Mainly Mozart Festival with just minutes to spare, I found that I had arrived at a concert of luminous and remarkable quality, one that reduced the memory of my maddening journey to get there to irrelevance.

In its second full year of operating the Mainly Mozart concerts, the Miami Chamber Music Society opened its summer season, which will run each weekend through June 21, with a marvelous concert of music that closed with perhaps the best version I’ve ever heard of the Brahms Piano Quartet No. 1. More about that in a minute.

Marina Radiushina, the excellent Ukrainian-born pianist who is the festival’s artistic director, was joined by three exceptional guest artists: Violist Richard O’Neill, and two members of the Decoda ensemble, resident at Carnegie Hall in New York, violinist Anna Elashvili and cellist Yves Dharamraj. The four were featured in the Brahms quartet as well as the Piano Quartet No. 2 (in E-flat, K. 493) of Mozart. 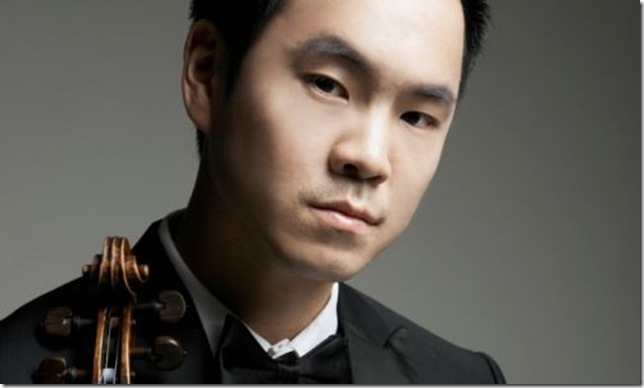 Preceding those quartets were two other selections, beginning with the Variations on a Bavarian Folk Song (TrV 109) of the teenage Richard Strauss. This is a formally conservative but nonetheless brilliant work that is idiomatically written for the three instruments, opening with a moody introduction and then going into the folksong itself and a series of short elaborations.

Elashvili, O’Neill and Dharamraj melded beautifully together, and when Dharamraj took his gorgeous solo turn with a minor-key inflection of the tune, the other two players brought the volume down to a reverent hush. It was striking, memorable and a good indication of how much music you can get out of something relatively simple if you approach it the right way.

The Strauss was followed by a radiant reading of the Märchenbilder (Fairy Tale Pictures, Op. 113) of Schumann, played by O’Neill and Radiushina. O’Neill’s tone has an urgency and edge to it that gave these pieces a sharp outline, an effect heightened by his spotless technique. Not for the first time Saturday night did the music sound freshly composed, and in the final piece, one of Schumann’s loveliest inspirations, O’Neill and Radiushina took the music to a peak of serenity.

The last piece on the first half was the Mozart quartet, one of his greatest chamber works. It’s akin to a chamber concerto for piano — as many such quartets written after this were to be — and Radiushina sparkled, tossing off the virtuosic runs in the outer movements with sovereign ease. The four musicians did not make the mistake of taking the opening movement too fast, letting Mozart speak with authority. 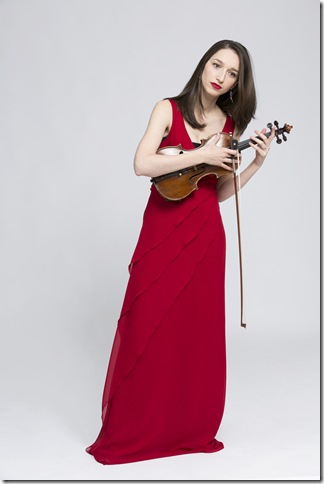 Every bar of this quartet had shape, every phrase had been thought about. The three string players, who in this work are often in response mode to the piano, demonstrated throughout the same unity and attention to each other that had made their performance of the Strauss so memorable. Violinist Elashvili, like her colleagues, is a wonderful player, with a big, penetrating tone and intensity in her attack that commanded the proceedings when it needed to, but never sounded like anything less than a member of the team (she also plays with notable physicality, throwing her left leg out to balance herself in some passages, or sitting at the far edge of her seat and then, as the parlance of the day has it, leaning in).

The concert concluded with a bracing and exciting version of the first Brahms piano quartet, almost nonpareil in my listening experience. It succeeded like no other performance I can remember offhand in giving us the weirdness and astonishing originality of this piece. This was accomplished the same way the musicians had made the rest of the program sound so good: They brought all their interpretive power to each measure and let the writing do the rest.

There was something to admire in each of the movements, starting with an austere and almost reverent traversal of the mysterious opening measures, and a meltingly tender utterance of the tender secondary theme. The Intermezzo, also taken at a good, not-too-fast clip in the first section, murmured rather than drilled, and Radiushina played her first entrance legato rather than clipped, which added to its feeling of half-light. The trio was a huge contrast, quicksilver and strange, and was perfectly echoed in the C major coda.

The third movement is even harder to interpret, with its stately, slowly unfolding main theme giving way to a martial triumph in the middle; often, the middle section will sound flown in from a symphony nearby, but here, it grew naturally and logically out of the high-Romantic high-emotion music just before it. It sounded neither obstreperous nor bizarre, but powerful and stirring. The “Gypsy” finale that everyone loves is even stranger than the rest of the work, but all of its oddities — its long strings of buzzing 16th notes, its seemingly random piano cadenza — mixed together splendidly. 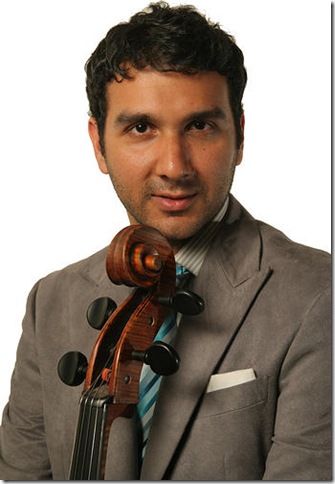 Again, this was because its players approached their task with the utmost seriousness, care and preparation. Its innate attractiveness makes it easy to slough off a little bit on practicing (because you know it’s going to work), but this was as thoroughly reimagined as I’ve ever heard it, and absolutely persuasive. The audience at Gusman Hall roared its approval, and the 22nd season of Mainly Mozart can truly said to have gotten off to a great start.

It should also be noted that the beloved retired University of Miami musicologist Frank Cooper gave some illuminating program notes, including a funny bit about the unreliability of Wikipedia’s entry on the Märchenbilder. The concert was also dedicated to Byron Krulewitch and Doreen Marx, who founded and ran the Sunday Afternoons of Music series for 33 years.

Now retired from that activity — he’s 91, she’s 88 — they gave brief remarks on stage as they received a special award from the Miami Chamber Music Society. Marx said the two do miss running the series, but had to admit they’re really enjoying “goofing off” instead. It served as a salutary reminder that many of the arts events we enjoy locally can be credited to the work of one or two passionate, earnest persons, and the Miami Chamber Music Society is no different. What will make it special this summer is the high quality of its programming and performance, and Saturday night’s concert gives us plenty of reason to be optimistic.

Violist Chauncey Patterson is joined by an award-winning student quartet from Lynn University in music by Haydn, Tchaikovsky and Mendlessohn in the next concert of the series, set for 4 p.m. Sunday, May 3, at the Biltmore Hotel’s Granada Ballroom in Coral Gables. For tickets or more information, call 786-556-1715 or visit www.mainlymozart.com.

Film: Playwright August Wilson began his chronicle of the African-American experience throughout the … END_OF_DOCUMENT_TOKEN_TO_BE_REPLACED

Film: Just in time with the opening of movie theaters in Palm Beach County comes the season’s most … END_OF_DOCUMENT_TOKEN_TO_BE_REPLACED

Music: The very last concert Franz Joseph Haydn attended in his life was in March 1808, about a year … END_OF_DOCUMENT_TOKEN_TO_BE_REPLACED