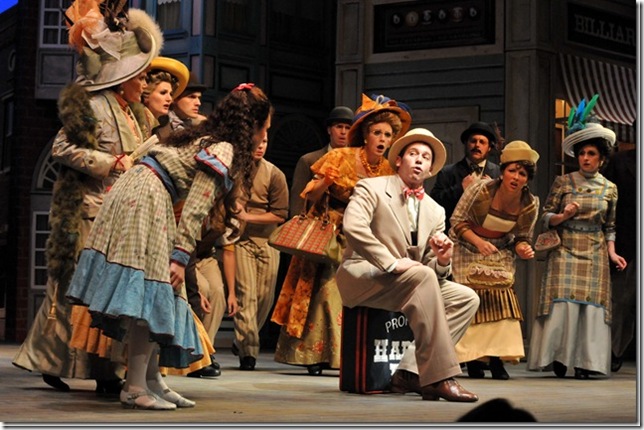 Maybe they should just call them the Maltz Jupiter Carbonell Awards.

For the second year in a row, the Maltz Jupiter Theatre dominated the awards for professional theater in South Florida. Handed out Monday evening at the Broward Center were the 37th annual awards named for sculptor Manuel Carbonell, nine of which went to the Maltz Jupiter.

An even more impressive measure of the Maltz’s good season is the fact that it swept all of the musical categories, a feat that had not happened for 34 years. Those nine wins were divided among three different productions: The Music Man (5 Carbonells), Hello, Dolly! (3) and Cabaret (1).

Meredith Willson’s The Music Man was reconceived around a younger-than-usual Prof. Harold Hill, who is light on his feet pulling off his boy’s band uniforms and musical instruments scam. The Maltz’s version was named the year’s best musical production and bests in musical direction (Anne Shuttlesworth), costume design (Jose M. Rivera), choreographer (Shea Sullivan), as well as best actor in a musical, Matt Loehr.

It was a particularly good night for Loehr, who also received a Carbonell for best supporting actor in a musical, recognized for his energetic Cornelius Hackl in Hello, Dolly! Also winning for that unconventional take on the show based on Thornton Wilder’s The Matchmaker were director Marcia Milgrom Dodge and Vicki Lewis for best actress/musical. The Maltz’s ninth Carbonell went to Angie Radosh, best supporting actress/musical for her performance as Fraulein Schneider in Cabaret.

Palm Beach County theaters posted only one other win, to Palm Beach Dramaworks for Michael Amico’s set design of the dilapidated boat house in Talley’s Folly. Two other county companies, one new (The Theatre at Arts Garage) and one defunct (Caldwell Theatre Co.), both went into Monday’s ceremony with four nominations. Arts Garage was cited for its political revue Cabaret Verboten and the Caldwell for its political metaphor of pro wrestling, The Elaborate Entrance of Chad Deity, but both went home empty-handed.

Still, thanks to the Maltz’s total, Palm Beach County pulled in the greatest number of awards in South Florida with 10. Miami-Dade theaters earned eight Carbonells and Broward had to settle for two. 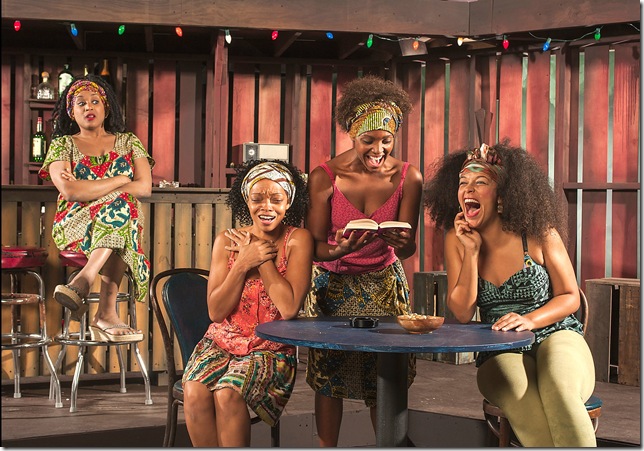 The awards in the play categories were mainly divided between GableStage and the relative newcomer, Zoetic Stage, which performs at Miami’s Arsht Center. All four of GableStage’s awards were for its production of Lynn Nottage’s Pulitzer Prize-winning drama, Ruined. It was named the year’s best play production, for best director Joseph Adler and for two of its performers ― best actress Lela Elam and best supporting actor Robert Strain.

Zoetic, which has a permanent repertory company, won two acting awards ― best actor (Tom Wahl in I Am My Own Wife) and best supporting actress (Elena Maria Garcia in Moscow). Moscow, a Chekhovian family drama set in Miami, won the award for best new work for its author, Michael McKeever.

Broward Stage Door won the best ensemble Carbonell for its cast of Neil Simon’s Rumors. Margaret M. Ledford bested companies with much higher production budgets to win for her atmospheric lighting of The Turn of the Screw at Naked Stage. And Matt Corey, nominated three times in the sound category, won for The Birds at Mosaic Theatre, yet another troupe that folded during the past year.

The prestigious George Abbott Award for Outstanding Achievement in the Arts went to Mario Ernesto Sanchez, founder and producing artistic director of the Spanish-language Teatro Avante and the International Hispanic Theatre Festival of Miami.

Film: Playwright August Wilson began his chronicle of the African-American experience throughout the … END_OF_DOCUMENT_TOKEN_TO_BE_REPLACED

Film: Just in time with the opening of movie theaters in Palm Beach County comes the season’s most … END_OF_DOCUMENT_TOKEN_TO_BE_REPLACED

Music: The very last concert Franz Joseph Haydn attended in his life was in March 1808, about a year … END_OF_DOCUMENT_TOKEN_TO_BE_REPLACED