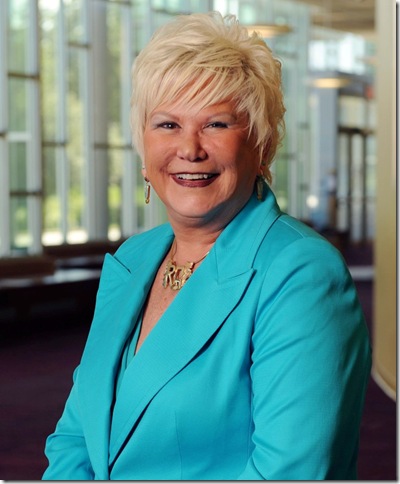 In the midst of a theater scene where several significant stage companies have gone out of business lately, the Maltz Jupiter Theatre has been a remarkable success story — thriving critically, popularly and financially. And the rich keep getting richer.

Saturday night, a gala celebrating the Maltz’s 10th anniversary raised $750,000 for the playhouse that has humble roots as a dinner theater. In addition, board member Roe Green announced from the stage, kicking off a retrospective of the shows produced during those 10 years, that she was donating $1.5 million to help pay to expand seating in the main auditorium and improve the restrooms.

The theater is named for television and radio mogul Milton Maltz and his wife Tamar, snowbirds from Cleveland who became major donors when the theater went through a substantial renovation a decade ago to turn it into the state-of-the-art legitimate facility that it has become.

It was noted Saturday that the Maltzes have given more than $15 million to their namesake theater company over the years. Although Maltz, 83, announced that he would be stepping down as chairman of the theater’s board at its next meeting in March, it seems likely that his generosity to the institution that has become the prime conduit of culture in Jupiter will continue.

The stage show was emceed by the Maltz’s producing artistic director Andrew Kato, who kicked off the celebration with a display of his previously unrecognized singing skill, warbling a piece of special material on the company’s history. Much of the show was devoted to highlights from memorable past productions, with appearances ranging chronologically from Amanda Watkins — the Eliza Doolittle of a compact My Fair Lady from 2004, when Todd Allen Price oversaw the theater — to Vicki Lewis, the unconventionally cast Dolly Gallagher Levi of Hello, Dolly!, seen in March of last year.

Other highlights included Carbonell Award winner Matt Loehr dancing with abandon from 2011’s Crazy for You, the gender-bending Cagelles from 2010’s La Cage aux Folles, and several disarming appearances by the students of the theater’s Conservatory of Performing Arts.

Even in these precarious times, it seems that the Maltz Jupiter Theatre has a solid future ahead. And it also knows how to throw one heck of a party.

Film: Playwright August Wilson began his chronicle of the African-American experience throughout the … END_OF_DOCUMENT_TOKEN_TO_BE_REPLACED

Film: Just in time with the opening of movie theaters in Palm Beach County comes the season’s most … END_OF_DOCUMENT_TOKEN_TO_BE_REPLACED

Music: The very last concert Franz Joseph Haydn attended in his life was in March 1808, about a year … END_OF_DOCUMENT_TOKEN_TO_BE_REPLACED