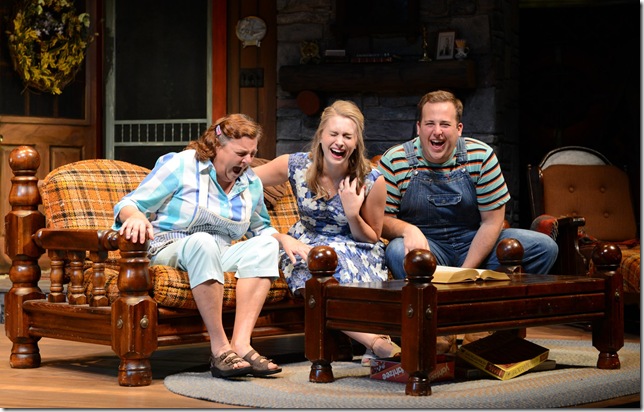 A feather-light comedy and a dark musical were named the year’s best productions at Monday night’s 39th annual Carbonell Awards for excellence in South Florida theater.

The Maltz Jupiter Theatre’s mounting of Larry Shue’s farce The Foreigner won in the play category and Miami’s Zoetic Stage prevailed among the musicals for Stephen Sondheim and John Weidman’s Assassins.

Curiously, both were the only wins for those shows, in an evening that saw the egg-shaped awards earned by a wide variety of companies. The Maltz won only three Carbonells, but that was enough to make it the big winner from Palm Beach County. In addition to its award for The Foreigner, the Jupiter theater gained two more for its new look at Rodgers and Hammerstein’s The King and I – best director (Marcia Milgrom Dodge) and best costumes (Leon Weibers).

Slow Burn Theatre, which moves its operations to the Broward Center next season, walked off with two Carbonells for its take on Jason Robert Brown’s Parade. Ann Marie Olson was named best actress in a musical and Emmanuel Schvartzman won for his musical direction.

Delray Beach’s Theatre at Arts Garage, whose future is in doubt since artistic director Louis Tyrrell announced his retirement, picked up a Carbonell for best actor in a musical (rubber-limbed Clay Cartland in the title role of The Trouble With Doug). The Wick copped best choreography for Ron Hutchins’ work on 42nd Street. But Palm Beach Dramaworks, which went into Monday’s ceremony with five nominations, failed to take home any awards. 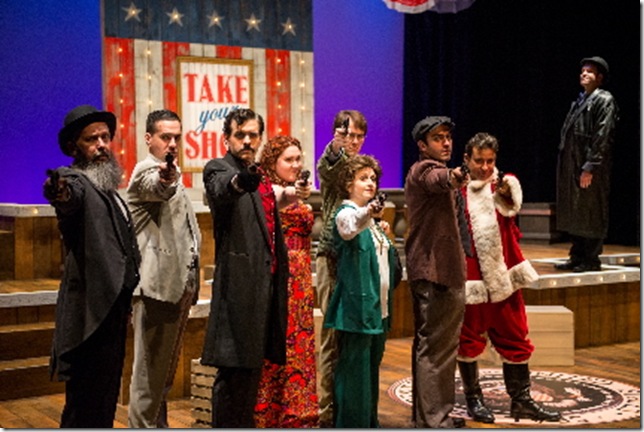 Although GableStage artistic director Joe Adler never made it to the stage – surely the first time in many years — his company earned three of the four Carbonells for performances in plays. Natalia Coego and Mark Della Ventura were named best actress and best supporting actor respectively for Bad Jews and Arielle Hoffman won for her support in The Whale. Hoffman, the daughter of actors Avi Hoffman and Laura Turnbull, makes them the first family with three Carbonell winners.

The awards ceremony, whose ticket proceeds go to scholarships for area high school students headed to college to further their theater studies, were held at Fort Lauderdale’s Broward Center.

Film: Playwright August Wilson began his chronicle of the African-American experience throughout the … END_OF_DOCUMENT_TOKEN_TO_BE_REPLACED

Film: Just in time with the opening of movie theaters in Palm Beach County comes the season’s most … END_OF_DOCUMENT_TOKEN_TO_BE_REPLACED

Music: The very last concert Franz Joseph Haydn attended in his life was in March 1808, about a year … END_OF_DOCUMENT_TOKEN_TO_BE_REPLACED