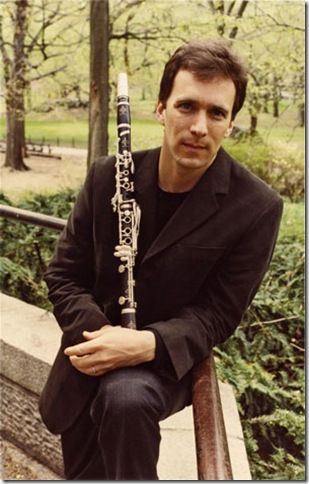 It’s always a good day at a concert when you can hear something new in a pillar of the repertoire like Mozart.

And so it was Sunday afternoon at the Roberts Theater for the season-closing concert by The Symphonia Boca Raton (though they’ll appear later this month as the orchestra for the Master Chorale of South Florida), which brought the eminent conductor Gerard Schwarz to the podium for a return visit.

Schwarz built the Seattle Symphony into a major orchestra in his 26 years in the Northwest, and his championing of American music — particularly that of mid-20th-century paragons such as Howard Hanson and David Diamond — did all of us in the United States a favor by reintroducing us to our own wonderful heritage of classical composition.

The Symphonia this year has filled its music director vacancy with four guest conductors, and three of them — Schwarz, Alexander Platt and James Judd — will be returning next season as well, which virtually guarantees some fine music-making for the chamber orchestra’s 10th season. Schwarz in particular is a fortunate return to the roster, and Sunday’s all-Mozart demonstrated why.

The guest soloist was clarinetist Jon Manasse, a guest professor at Lynn University who appeared earlier this season on a program in the new Chamber Music Society of Palm Beach series. The work, of course, was the Clarinet Concerto (in A, K. 622), still the gold standard of clarinet concerti more than 220 years after it was written, and a work in every clarinetist’s repertoire.

Manasse and Schwarz teamed for a recording of this concerto with the Seattle Symphony five years ago, and the strength of their partnership was evident in their work with the Symphonia. This was an absolutely beautiful reading of this concerto, technically impeccable — no squeaks on top or honks below — and radiant in a way that only Mozart is radiant, with pure music inhabiting every bar.

One critical reason for this was Schwarz’s exceptional attention to dynamics. I have rarely heard the Symphonia play so quietly, and yet so intently; you could hear all of Manasse’s lowest notes, and therefore all of his interpretation. In the first movement, for example, the famous question-and-answer passage in the minor, in which the clarinet answers a high-register melody with a tag in the chalumeau region, sounded organically whole, not just an afterthought, because you could hear those bottom notes.

And they were really worth hearing: Manasse plays with a classic, pure tone, never spread out or breathy. His virtuoso passages were clean and silken, and his interpretation wholly in the spirit of Mozart. One of the best things about this performance was the interplay between soloist and orchestra, as they played off each other like a band that had been together a long time, alive to each other’s moods of the moment, and joyfully creating a splendid work of art. 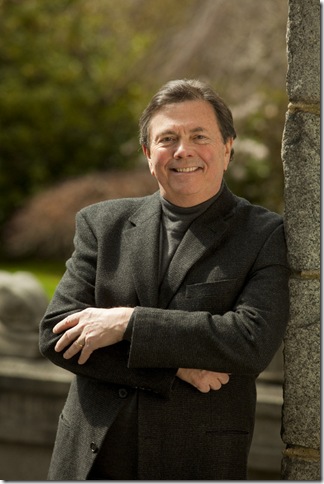 The concert opened with four movements from the Posthorn Serenade (No. 9 in D, K. 320), complete with actual posthorn, played by Symphonia artistic director Jeffrey Kaye. In going from the first section of this seven-movement work to the fifth, an Andantino in D minor, then following it with the posthorn minuet and the finale, Schwarz created another Mozart symphony, and it was a fine one, a music of weight and power, already in advance of Haydn and on the road to Beethoven.

You could hear the orchestra’s attentiveness to Schwarz, who indicated many times with his hands, his baton or his expressions just the kind of effect he wanted with a phrase, and it was exciting to see the orchestra work hard to give it to him. Here again, attention to dynamics was scrupulous, as was the care taken with the sculpting of phrases to make them memorable.

And so the first movement had a gratifying crispness and bigness, with fine playing throughout (though the violin solo was slightly flat), and the Andantino that followed had a strong emphasis on pulse and just enough lingering on some melodic statements to make them really speak.

For the Minuet, in choosing to play an actual posthorn, which like a bugle has no valves and is reliant on embouchure for note changes, Kaye chose the option of bravery, and did well, with only a couple notes that didn’t quite speak. The finale moved along very briskly, with some very fine string ensemble playing in the chattering cadential motifs.

Sunday’s concert closed with Mozart’s Jupiter Symphony (No. 41 in C, K. 551). Schwarz took all the repeats except the second one in the finale, and it was a good idea from the standpoint of balance. The first two movements featured all the niceties of this partnership: Attentive, expert playing, wide dynamic range, a sense of phrase and architecture.

The last two movements, though quite fine, were not on the same level. Players and conductor seemed to tire somewhat; the Minuet lacked character and distinction, partly because it’s a difficult assignment from the vantage point of key: unlike the trios of a latter day, the contrasting section in this work is in the same C major as the Minuet, which is more wearisome to modern ears.

The finale was taken at an excellent tempo, and the orchestra responded with fire and gusto. But at the end, there was very little in the way of setting up that big fugal explosion, and Schwarz and the band sounded as though they were powering through it, looking for the ending.

Perhaps that’s to be expected given the stress of performing at such a high level of nervous tension in the first half. Although it was something of a letdown, it didn’t take away from the overall beauty of this concert, and it was a stellar example of how a truly fine conductor can get so much out of the musicians he’s leading that they sound like a wholly different ensemble.

The Symphonia performs April 25-27 with the Master Chorale of South Florida at concerts in Pompano Beach, Boca Raton and Coral Gables. On the concert, conducted by chorale director Brett Karlin, is the Mass No. 2 (in G, D. 167) by Franz Schubert, three motets by Mozart — Exsultate, jubilate; Ave verum corpus and Laudate Dominum — and three by Mendelssohn: Ruhethal; Jauchzet dem Herrn, and Zum Abendsegen. The soprano soloist is Lauren Snouffer, a recent graduate of the Houston Grand Opera Studio. Tickets are $30; call 954-418-6232 or visit www.masterchoraleofsouthflorida.org.

Film: Playwright August Wilson began his chronicle of the African-American experience throughout the … END_OF_DOCUMENT_TOKEN_TO_BE_REPLACED

Film: Just in time with the opening of movie theaters in Palm Beach County comes the season’s most … END_OF_DOCUMENT_TOKEN_TO_BE_REPLACED

Music: The very last concert Franz Joseph Haydn attended in his life was in March 1808, about a year … END_OF_DOCUMENT_TOKEN_TO_BE_REPLACED