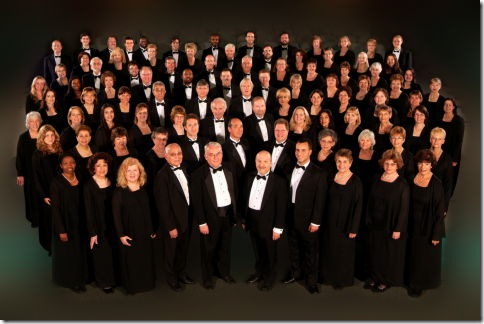 When Joshua Habermann looks into the upturned 100 or so faces of the Master Chorale of South Florida, he sees a neighborhood.

“Choirs are the ultimate community. There’s no question that singing brings people together,” Habermann said. “I look out at that choir on Monday nights and I see lawyers and nurses, and professional musicians, people who are unemployed, retired people, and high school students, all in a room together.

“There’s not much that brings people of different generations and different backgrounds like that together, like singing does,” he said. “I think that’s one of the great joys of it.”

Beginning Friday night, Habermann’s Master Chorale will give three performances of The Creation, the late-career oratorio of Franz Joseph Haydn that some authorities consider the composer’s masterpiece. The chorale will be joined by soloists Maria Jette in the soprano role, tenor Glenn Siebert and baritone Graham Fandrei.

Accompanying the 105-member chorale and the soloists will be the Miami Symphony Orchestra, which is taking part in the concert as part of a resource-sharing arrangement among the MISO, the chorus and Lynn University in Boca Raton. Friday night’s performance is at Miami’s Trinity Cathedral; Saturday night the action moves to the Wold Center for the Performing Arts on the Lynn campus; and on Sunday afternoon, the choir performs at the First Presbyterian Church (the so-called Pink Church) in Pompano Beach. 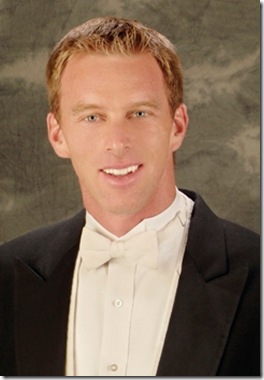 Habermann, 42, a San Francisco native who heads the choral music program at the University of Miami, is beginning his third season as the chorale’s artistic director. The chorus was formally established eight years ago as the chorus of the Florida Philharmonic Orchestra. The orchestra folded in the spring of 2003, but the choir continued.

In March, the chorus will sing the Verdi Requiem with the Lynn Philharmonia under Albert-George Schram for two performances at the Wold, followed by one each in Broward and Miami-Dade counties, fulfilling the group’s three-county mission, Habermann said. The group also will appear for the second time with the blind Italian popera singer Andrea Bocelli when he returns to South Florida on Valentine’s Day next year for a concert at the BankAtlantic Center in Sunrise.

In April and May, the singers will join Eduardo Marturet and the MISO for two works by Gabriel Fauré: the Requiem, and the Pavane, a well-known orchestral piece to which the composer later added choral lyrics.

Habermann said he’s happy about the chorale’s progress over the past three years.

“We are an amateur chorus, and people come from all walks of life. There are many music professionals involved in it, but primarily we’re an amateur organization,” he said. “[But] having those professional standards, [that] professional quality, and being the leading symphonic group in South Florida, and we believe we are for choruses — that has been a really rewarding experience the past three years.

“I feel that just in terms of the sound that we’re making, we’ve grown a great deal,” he said.

Musical success aside, the chorus does face challenges, chiefly of a financial nature, Habermann said.

“We run a very lean operation, we have very little staff, and so we are well-positioned relative to other arts organizations to survive the economic downturn,” he said. “But all the same, donations are down, and that’s always a challenge, there’s no question.”

The resource collaboration, which allows the chorale, the MISO and Lynn to cut the costs of presenting choral-orchestral presentations by sharing venues and ensembles, has been helpful so far.

“To us, it seemed like a great idea,” Habermann said. “We worked out an agreement by which we could essentially work with each other at greatly reduced fees on both sides, such that it would benefit both organizations and we could do two series of concerts together.” 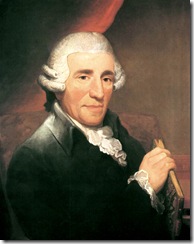 This weekend’s concerts focus on the Haydn Creation, which the composer completed in 1798, and which apes the Handelian oratorio that already had come to dominate the English choral tradition. Haydn wrote it for London, where it was first performed, and the score was published in English and German (as Die Schöpfung).

The text is based on the Book of Genesis, but also has portions from the Psalms and from John Milton’s Paradise Lost. It is a large and powerful work, and contains some of Haydn’s greatest music.

Cast in three big sections, the oratorio has many striking moments, perhaps the most famous among the being the opening, which starts mysteriously as the orchestra describes the void before the creation of the world. The chorus enters with the first words of Genesis, and then at the words “And there was light,” Haydn explodes with a huge C major chord on the word “light.”

It’s a moment that can be overdone, and Habermann said precision is important.

“The strings play a little pizzicato blip right before that that’s always hard to get together. And then that outburst has to be really well-timed to be effective,” he said.

The Creation also is the work of a deeply religious man whose Catholic faith never wavered.

“It just has an optimistic feeling to it. It’s an upbeat, cheerful, celebratory piece of music,” Habermann said. “Everything that I’ve read describes [Haydn] as a man who was comfortable with his faith, who was happy, who in his religious life saw the positive aspect of things.

“And that’s certainly what we’ve tried to instill in the singers and the orchestra as well: the bright, cheerful, optimistic tone of this music,” he said.

The Master Chorale of South Florida sings Haydn’s oratorio The Creation at 8 p.m. Friday at Trinity Cathedral, Miami; at 8 p.m. Saturday at the Wold Performing Arts Center at Lynn University in Boca Raton; and at 4 p.m. Sunday at the First Presbyterian Church of Pompano Beach. Joshua Habermann conducts the chorale and the Miami Symphony Orchestra, with soloists Maria Jette, Glenn Siebert and Graham Fandrei. Tickets are $30. Call 954-418-6232 or visit www.masterchoraleofsouthflorida.org.

Film: Just in time with the opening of movie theaters in Palm Beach County comes the season’s most … END_OF_DOCUMENT_TOKEN_TO_BE_REPLACED

Music: The very last concert Franz Joseph Haydn attended in his life was in March 1808, about a year … END_OF_DOCUMENT_TOKEN_TO_BE_REPLACED