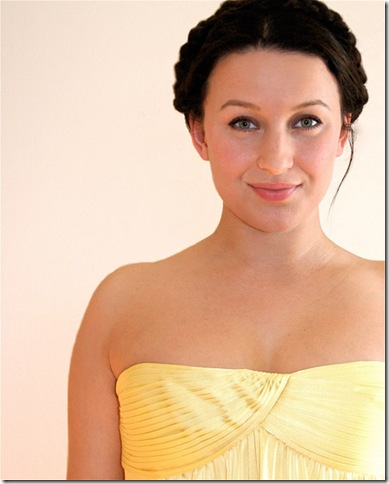 Choosing unusual repertoire is something that many listeners and critics desperately want the performing organizations they follow to try now and again, but it sometimes comes with a price.

Often, things seem to be chosen because they are particular favorites of a conductor or soloist, or perhaps something less well-known than a composer’s other, really famous work.

But Brett Karlin, who leads the Master Chorale of South Florida, did better than that last weekend for the last concerts of his choir’s 2014-15 season. Taking J.S. Bach’s acceptance of his Thomaskirche job offer in Leipzig in 1723 as a departure point, Karlin conceived a program in which pieces by his predecessor in that position, and his two more popular rivals, were presented along with music by Bach himself.

The result was a rewarding, fascinating program that surely marked one of the few, if not the only, times the music of Johann Kuhnau and Cristoph Graupner has been heard in a local program. Telemann was also on the concert bill of fare, and while all three of the works by these composers are well-known to devotees of this period, they were surely terra incognita to the moderate-sized audience Sunday afternoon at the Wold Performing Arts Center in Boca Raton.

For Sunday’s concert, this large community chorus was joined by the musicians of The Symphonia Boca Raton and four exemplary singers: soprano Yulia Van Doren, countertenor Reginald Mobley, tenor Steven Soph and bass Paul Max Tipton. There was a good deal of solo work from the orchestra, too, particularly cellist Christopher Glansdorp and oboist Erika Yamada, both of whom played admirably well. Hats off, too, to trumpeter Jeffrey Kaye, who had a lot to do in the first three pieces, and added plenty of celebratory power to the sonic proceedings.

It’s always fun to see this gigantic choir take the stage, and they were in good voice throughout, showing impressive strength in the first work on the program, which in some ways was the hardest thing they had to sing: the opening chorus from Bach’s cantata Wachet! Betet! (BWV 70). This is attention-getting music with a flourish, with long strings of melismas shooting up and down the scales, and the choir sang it robustly; one hopes that someday, a handful of these cantatas can be regularly programmed and performed hereabouts. The chorale could handle it, and it would be a rewarding challenge.

Kuhnau, who died in 1722, leaving the Thomaskirche job vacant, was a most estimable composer, as his cantata Ihr Himmel jubilirt von oben, which came next, showed. A generation older than Bach, one can hear the younger man’s kinship with him, and understand that Leipzig was well-served by these two composers. Mobley sang the aria “Hilf mir es, Jesu,” with beauty and tenderness, ably matched by Tipton, both gently supported by Glansdorp. In the closing “Gieb, Jesu, dass dein Wille mag geschehen,” chorus and soloists brought a kind of benedictory weight and warmth to the music that was deeply satisfying.

Graupner’s Magnificat (in C), which like the Bach and Kuhnau before it began with fanfares of trumpets and drums, is a lighter work overall, less complex and plainer, but nonetheless very attractive. In the “Et misericordia,” Van Doren sang with a full, rich, pretty sound that she used with modesty, pairing elegantly with Yamada’s solo oboe in a respectful reading of Graupner’s elegant melody and the sober text. The closing “Gloria Patri et Filio” showed that the chorale was up to the demands of fugue (even one with a long subject), and the tenors and basses in particular sang with strength and confidence.

The Kuhnau and Graupner were followed by an instrumental work, the Burlesque de Quixote Overture-Suite (in G, TWV 55: G10) of Telemann, one of many such suites by the hugely prolific composer. Although this is a pleasant piece, its unrelieved G major is tiring to contemporary ears, and coming after the Graupner, whose harmonic sense was also limited, it was doubly so.

The strings of the Symphonia acquitted themselves perfectly well, and Karlin conducted with energy and commitment, but it was something of a letdown. It came off as too slight, and not interesting enough to stand up to the rest of the program. Telemann wrote many sacred vocal works, and one of those might have been better here, or perhaps one of Telemann’s more interesting instrumental pieces, such as one of the concerti.

The concert closed with a beautiful work of Bach, his cantata Aus der Tiefen rufe ich, Herr, zu dir (BWV 131), a setting of Psalm 130. Putting this early cantata next to the other pieces put Bach’s much finer music in high relief, even something as straightforward as the bass aria “So du willt, Herr,” sung masterfully by Tipton with Van Doren handling the dark, melancholy chorale melody (“Erbarme dich”): Bach’s writing opens up far wider vistas, far deeper emotions.

The chorale sang the “Ich hare des Herrn” with great sensitivity for such a large group, and tenor Soph followed with a lovely version of “Meine Seele wartet.” The closing “Israel hoffe auf den Herrn” had a light touch in its speedier sections, and good conductorial attention to the rising chromatic scale that weaves through it, which gave the whole movement a nice sense of lift.

This was an intelligently thought-out, well-performed concert, of the kind that Karlin seems most well-suited to. His energy, enthusiasm and deep belief in what he’s doing, plus the fine results he’s getting from his chorale, suggest that the two have a long and fruitful future together, and that’s good news for listeners in South Florida.

Film: Playwright August Wilson began his chronicle of the African-American experience throughout the … END_OF_DOCUMENT_TOKEN_TO_BE_REPLACED

Film: Just in time with the opening of movie theaters in Palm Beach County comes the season’s most … END_OF_DOCUMENT_TOKEN_TO_BE_REPLACED

Music: The very last concert Franz Joseph Haydn attended in his life was in March 1808, about a year … END_OF_DOCUMENT_TOKEN_TO_BE_REPLACED