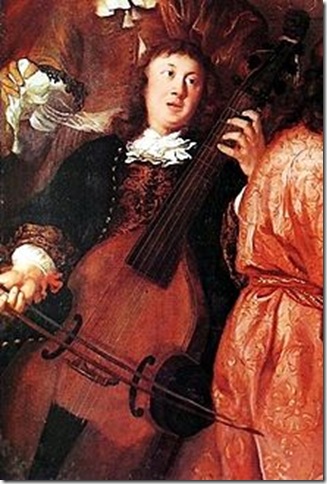 Encrusted as it is with myth and the very real act of a tragically early death for its remarkable composer, the Requiem of Wolfgang Amadeus Mozart is sometimes hard to see clear, even with its continued popularity.

But what it represents along with the meditation on last things that its text embodies is a splendid piece of sacred composition, at least for its first half — it would certainly have been more extensive had Mozart not died in the throes of it — and a return to a genre in which he excelled and was transforming.

The Master Chorale of South Florida opened its 12th season this weekend with the Requiem (K. 626) as well as an excerpt from a large cantata by the 17th-century Danish-German composer Dietrich Buxtehude, best-known for his organ works and his mentorship of a young Johann Sebastian Bach. The large chorus was accompanied for the Mozart by The Symphonia Boca Raton in its first seasonal outing before its first concert in early December.

Now in the third year of its existence under Brett Karlin, the Chorale sounds strong and accurate, and this large group of professionals and amateurs work well with their young, passionate and energetic director. A conductor who worked for the Seraphic Fire organization for a time, he shares with that Miami group’s founder, Patrick Dupré Quigley, a fondness for no-loitering, speedy tempos and a palpable, nearly evangelical enthusiasm for the music at hand.

In his remarks to a large house Sunday at St. Andrew’s School in Boca Raton about the Buxtehude cantata, the “Ad manus” section of his Membra Jesu Nostri (BuxWV 75), Karlin at times sounded almost like a cleric or a funeral director, with soberly delivered marks about loss and renewal.

The Buxtehude work is a cantata whose sections deal with the various parts of the crucified Jesus as he hung on the cross at Golgotha. The third section is devoted to his hands, with a vivid, powerful text in which the poet (perhaps the 13th-century monk Arnulf of Leuven) offers “thanksgiving for the terrible wounds, / the cruel nails, the sacred blood, / my kisses mingling with my tears.”

The cantata was accompanied by a small Baroque ensemble of two violins, cello and organ, which played adeptly. The choir was joined by a quintet of four guest soloists and one from the chorus in this dark, intensely felt music from 1680, music that seems to reach back to Monteverdi in its often-static style and love of crushing suspensions.

Soprano Sherezade Panthaki was the chief soprano soloist in the Buxtehude, and had the lion’s share of the work in the Mozart. Since the last time I heard her, she has gained a substantial amount of control over her large instrument and is able to deploy it much more deftly. She sang beautifully in the aria “Salve Jesu, pastor bone,” spinning out its melismas with impressive breath control and bringing a clear, forceful voice and presence to her performance.

Panthaki and the quartet melded admirably well, and Karlin led his chorus into vividly emphatic territory, marking the chord changes with vigor as they proceeded. This was a fascinating choice as an introduction to the Requiem, and well-suited for it; Karlin deserves much credit for programming it.

The Requiem took up the rest of the program, and it received a very fine reading. Karlin led it with obvious reverence and forthright tempos, unleashing plenty of fire in the “Dies irae” and “Rex tremendae,” and guiding the singers through very creditable fugue singing. For the first time in years, the men and women in the chorale sounded evenly matched, with the men no longer noticeably weaker. There was a unity of strength in all the sections, and that added measurably to the balance.

Panthaki was joined by mezzo Luthien Brackett and tenor Steven Soph (both fresh from Seraphic Fire’s Schubert concert earlier this month), and bass-baritone Dashon Burton, making a very fine quartet that stood out as a separate musical entity from the chorus and the orchestra. Burton was especially good, with a resonant, elegantly phrased “Tuba mirum” that showed off his lovely, focused voice.

The Symphonia also sounded strong, offering some exceptional moments in the tenderness of the winds in the opening bars, a very good trombone solo in the “Tuba mirum,” and expert string ensemble in the “Dies irae” and the “Confutatis.” Aside from some very occasional fuzziness in the highest reaches of the sopranos, this was as good a concert as the Master Chorale has ever given, for several reasons: The chorus in this concert had plenty to do, the repertoire in addition to the Requiem was unusual and daring, the soloists were of an elite caliber, and the orchestra was excellent.

It’s too early to draw any firm conclusions about the Master Chorale’s current status, but judging by this concert, this group seems to have entered a new phase of maturity and growth, with a much higher level of institutional organization, better vocal resources, and a series of programs to come that touch on major choral masterpieces (Handel’s Messiah, Haydn’s Lord Nelson Mass) as well as popular music (Christmas carols and Broadway show tunes) without being trivial about any of them.

It may be an amateur chorus, but the Master Chorale isn’t able to draw so many people to its ranks because there are dozens of folks who just feel like singing on a whim. This is a hobby for many of its members, but a serious hobby, and that Brett Karlin has recognized the ambition and dedication that his volunteer singers bring to this avocational task and is shrewdly capitalizing on it says heartening things about this ensemble and the work that we may expect from it.

The Master Chorale of South Florida’s next concerts, called “Cocoa and Carols,” are set for Dec. 4-6, and will be made up of holiday music, most of it for Christmas but with a couple of Hanukkah selections as well. Performances are in Fort Lauderdale, Miami and on Dec. 6, at St. Mark Greek Orthodox Church in Boca Raton. For more information, visit masterchoraleofsouthflorida.org or call 954-641-2653.

Film: Playwright August Wilson began his chronicle of the African-American experience throughout the … END_OF_DOCUMENT_TOKEN_TO_BE_REPLACED

Film: Just in time with the opening of movie theaters in Palm Beach County comes the season’s most … END_OF_DOCUMENT_TOKEN_TO_BE_REPLACED

Music: The very last concert Franz Joseph Haydn attended in his life was in March 1808, about a year … END_OF_DOCUMENT_TOKEN_TO_BE_REPLACED