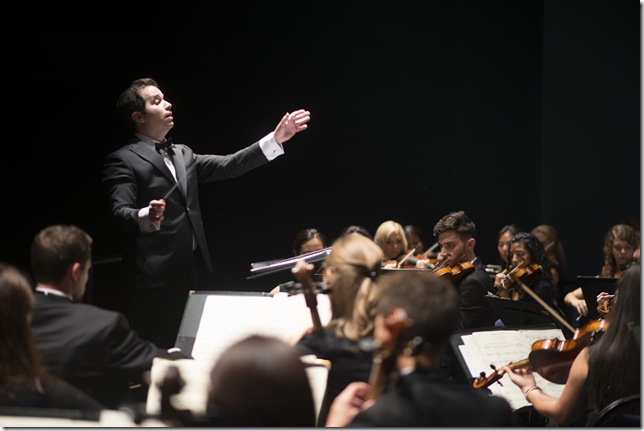 The opening concert of the second-ever season of the Miami Summer Music Festival opened in good news-bad news fashion, with the worst intelligence coming at the very start: No Deborah Voigt.

The celebrated soprano, who was to open the season Saturday night at Barry University’s Shepard Broad Performing Arts Center, begged off, citing stomach flu and promising to appear for next year’s festival. The audience didn’t appear to be too happy about it, but Michael Rossi, the festival’s founder, and his youthful charges — the festival is essentially a summer camp for talented instrumentalists, singers and composers — did the time-honored trouper thing by marshaling their forces and stepping up.

And they did well. The opening half was to feature Voigt in a selection of German and American art and theater songs, beginning with two Wagner arias and following that with one of the Four Last Songs of Richard Strauss. Going on in place of Voigt was Betsy Diaz, recently seen as the Italian Woman in Menotti’s The Consul at Florida Grand Opera in May.

Diaz, who has been seen frequently on South Florida stages in her young career, has a similar voice type to Voigt’s in its sheer power: this is a big instrument, and she showed she could more than hold her own in the two big Wagner selections: “Dich, teure Halle,” from Tannhäuser, and “Du bist der Lenz,” from Die Walküre. In both cases, she showed little difficulty in reaching the top notes or keeping her vocal stamina through these showcase arias. Her voice tends to have quite a strong vibrato that’s not exactly to my taste, and a hard edge, and apparently she was new to the Walküre aria (lots of page turns). 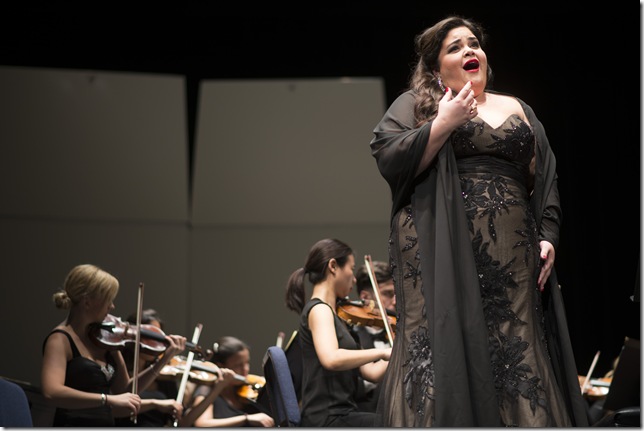 But she sang ably in those two arias as well as Strauss’s “Zueignung,” with plenty of power for the apex of that short song. Rossi’s orchestra, aside from some tentativeness at the opening of the Hall aria, was eminently capable, though the hall tended to swallow the sound a little, perhaps because the pit was open and the orchestra was pushed back.

The rest of the first half took some selections from Voigt, but also was used to spotlight some of the operatic students. The festival is presenting four operas, beginning next week with Hänsel und Gretel, and followed by Albert Herring, Cendrillon and Don Giovanni. After Diaz came tenor Todd Barnhill, the Don Ottavio for this Giovanni, singing “Dalla sua pace.” He has a nice, pretty sound that will work well for the role, but he had persistent intonation problems, perhaps because of nervousness.

Another Giovanni selection, “Là ci darem la mano,” followed with Rebecca Henriques (also just seen in The Consul) as Zerlina and the bass-baritone Clayton Mathews as Giovanni. Mathews, a one-time Major League Baseball prospect sidelined by injury into opera, has a large, creamy voice and an impressive stage presence, and while Henriques sounded somewhat pinched alone, their voices blended nicely. Their onstage groping was a little salacious, but it set a playful tone that tells us something about what the staging will be like at the end of the month. 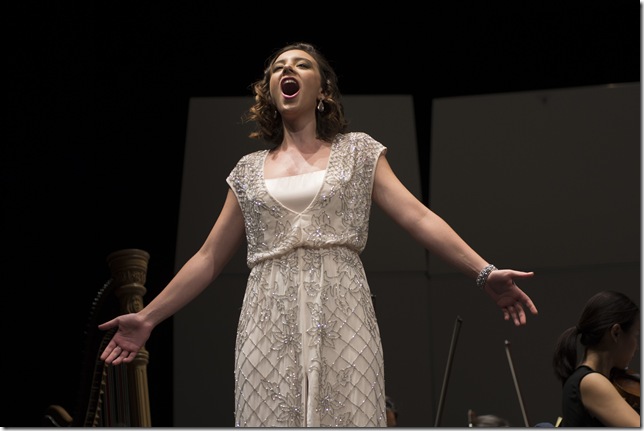 Soprano Megan Barrera (who will sing Donna Anna) shifted the mood to Broadway for Cole Porter’s beautiful “So in Love,” from the Shakespearean musical Kiss Me, Kate. Barrera has a lovely, dark lower register, and when she swept into the higher registers of the melody (at “the stars fill the sky”), a voice of real strength emerged. Soprano Allison Lonstein (she’s singing Donna Elvira) came next, with Frederick Loewe and Alan Jay Lerner’s “I Could Have Danced All Night,” from My Fair Lady. Lonstein did a good job of selling this song, performing in character and moving around the stage. Her accent varied — sometimes it was “danced,” and others it was “dahnced” — but she has a pleasant voice with which she can belt effectively.

Mathews finished the first half of the concert accompanied by pianist Caren Levine, who runs the vocal coaching program at the Metropolitan Opera, singing two arrangements by Levine of the classic spirituals “Sometimes I Feel Like a Motherless Child” and “Swing Low, Sweet Chariot.” He sang them with real feeling and interpretive muscle, and Levine’s jazzy piano writing was great fun to listen to, very much in the spirit and style of George Gershwin.

The half-full house gave this first half warm and fervent applause, abetted by fellow members of the festival, and you have to hand it to these young singers for making the best of a non-ideal situation, rising to the challenge and letting the show go on. 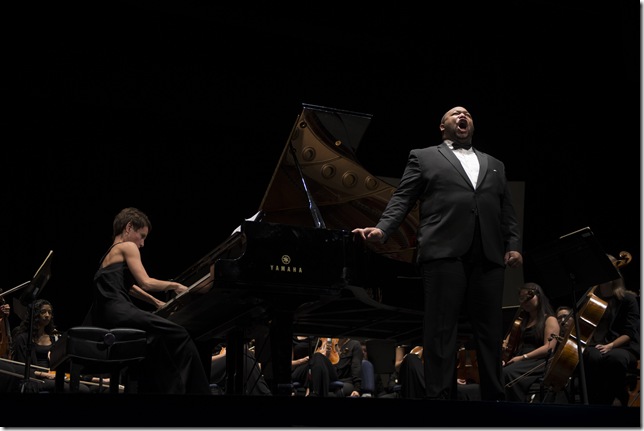 The second half was the more ambitious one, with a performance of the Fifth Symphony of Gustav Mahler. That’s an eyebrow-raising choice, but this group of young people pulled it off, and pulled it off admirably. Rossi has quite a group of musicians on his hands, and they deserve to be heard.

Rossi conducts for the Washington National Opera, and this performance had something of the lower profile of a pit orchestra in that he tends to under-prepare the big contrasting moments, such as the D major brass chorale outburst in the second movement. Much of Mahler’s music, is semi-cinematic in that it has very different stylistic sections sitting right next to each other. The organization of the symphony has a different logic, and the sections need maximum contrast. There wasn’t quite enough of that kind of laser-focus differentiation that can take the music to a different level.

But that said, this performance was astonishingly good, especially for being a temporary orchestra of young people, and it says great things about the festival’s ability to spot premium talent. String ensemble was beautiful, and the technique shown across all the sections was highly impressive. The horn section in particular was remarkable in an absolutely murderous part, and the two soloists were exceptional.

Indeed, there was brilliant playing everywhere, from the timpanist to the tuba player, and in the popular Adagietto fourth movement, the string players showed their depth with lush, emotive playing that honored the intense Romanticism of this love song for the composer’s wife. 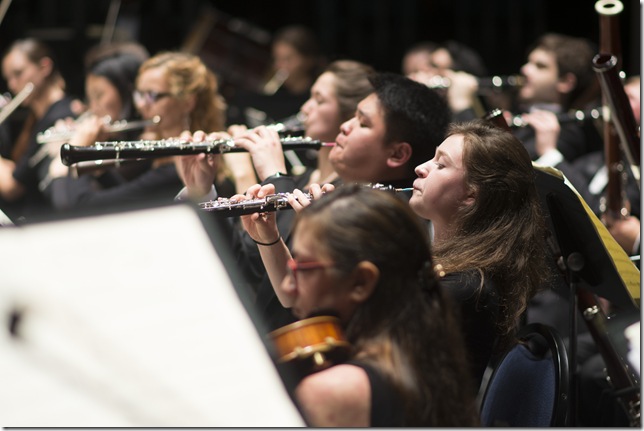 To judge the Miami Summer Music Festival’s second iteration so far, it should repeated: An instrumental ensemble formed only days ago with youths from 20 different countries gave a very fine performance of the Mahler Fifth Symphony, and that is no small thing. And the festival participants showed that it has enough put-on-a-show esprit de corps to bounce back from a no-show that could have been a catastrophe.

That says all the right things about this festival, and it’s more than reason enough to keep returning to its events.

Film: Playwright August Wilson began his chronicle of the African-American experience throughout the … END_OF_DOCUMENT_TOKEN_TO_BE_REPLACED

Film: Just in time with the opening of movie theaters in Palm Beach County comes the season’s most … END_OF_DOCUMENT_TOKEN_TO_BE_REPLACED

Music: The very last concert Franz Joseph Haydn attended in his life was in March 1808, about a year … END_OF_DOCUMENT_TOKEN_TO_BE_REPLACED