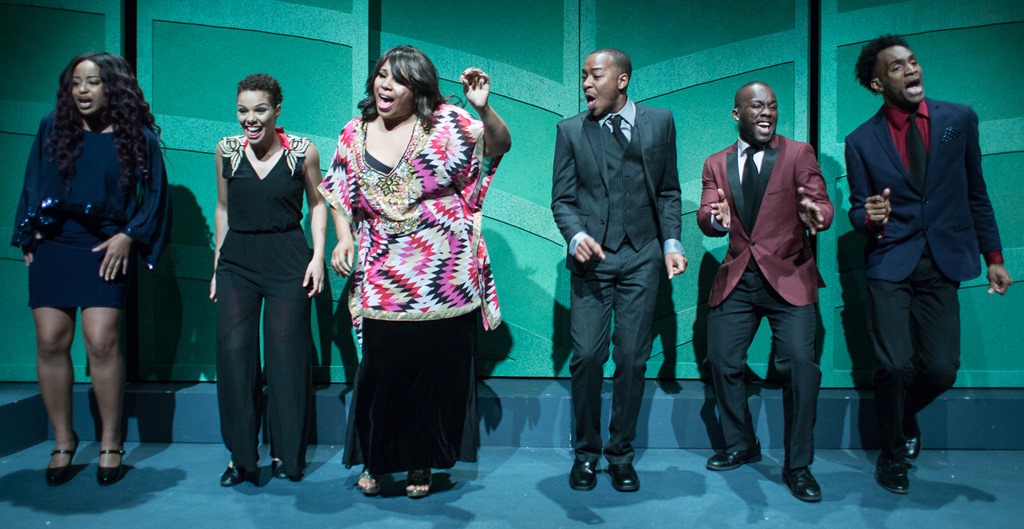 Musicals have reigned supreme this year at the Broward Stage Door Theatre in Margate. Not just the traditional ones, with actors, dialogue, songs and fancy sets. No, the powers-that-be at Broward have put a lot of faith in the jazzy, jukebox-style programs with heavy emphasis on songs and themes and ensemble performances.

The fourth production in that jukebox genre this season is currently playing in Theater 2 at the West Sample Road venue. Called The Soul of Motor City, it focuses on the tunes that came out of Detroit in the 1960s and 1970s, smooth melodies and hot, swinging numbers that paved the way for what would follow in the 1980s, 1990s and into the 21st century.

The roots of Motown have faded into history, but the songs live on in this wonderful, nostalgic production that just got the ultimate in good reviews — an extension of its finale date from July 19 to Aug. 7.

The Soul of Motor City brings together a half-dozen talented singers in a good -time performance that’s sure to please. In fact, the night we caught the show, the auditorium was packed with soul believers reliving the original Motor City days and nights, when Stevie Wonder was still called “Little Stevie Wonder” and when Diana Ross, Florence Ballard and Mary Wilson were still singing harmony for fun.

It’s no surprise that Kevin Black conceived of, choreographed and directed this show. He has linked up with Broadway-trained director Michael Leeds to create two of the other tuneful productions presented this year —Pompadour and What’s New, Pussycat?

For this show, Black went solo, but has surrounded himself with lots of talented cohorts. Michael McClain crafted some intriguing sets. The stage often comes alive with scenes of vintage films or photos on a screen to the rear that help set a mood, as do Ardean Landhuis’ lighting and costumes by Jerry Sturdefant of Carousel Theatrical. Musical Director Ben Bagby keeps the pre-recorded music pumping for the sextet doing the vocals. He and sound designer Paul O’Donnell do such a good job, it’s hard to distinguish the music from live.

Jumping, singing and dancing around the stage are the likes of Mimi J., Alexandria Lugo and Gabrielle Graham on the distaff side and three guys with excellent voices, Elijah Word, Jar’Davion Brown and Joshua Graham.

Each one brings a unique vocal quality and personality.

Mimi J. is a belter in the style of Aretha Franklin, scorching the stage with “Think” and “Ain’t Too Proud to Beg,” and joining Brown on “What’s Goin’ On?” and “Mercy, Mercy Me.” Graham takes a rightful shot at the Queen of Soul’s “Chain of Fools” and Lugo proves she, like Aretha, is a “Natural Woman.” The girls all unite for “Respect.”

Graham gives her all to “I’m Losing You” and joins Brown for a light version of the movie theme, “Endless Love.” Lugo, fresh from the just-completed Broward Stage production of Putting It Together, takes her voice to new heights in “Who’s Loving You?” “River Deep, Mountain High” and, with Joshua Graham, “You’re All I Need to Get By.”

Word fills the bill in the falsetto department, showing up for “Just My Imagination,” “Three Times a Lady,” “I Heard It Through the Grapevine” and, with the other men, “I Wish It Would Rain.” There are lots of songs that bring two, three or all six together, including “Do You Love Me?” and “Goin’ to a Go-Go,” with Word in the lead.

Brown and Word put their singular spin on the Temptations’ “Papa Was a Rolling Stone.” The singers also pay tribute to the Jackson 5, the Commodores and the Supremes with medleys from those groups, and all six combine to sing “War” and “Ball of Confusion.”

Black has chosen a terrific group of singers, some new to the Broward Stage. We were really happy to see Elijah Word finally getting the front-and-center recognition he deserves. The long, tall and talented performer has been working his way up since his days singing at the now-defunct Delray Square Performing Arts Center, doing Paul Simon’s tunes and singing backup when he should have been up front. He just finished a stint in Broward’s Evita.

Ludo is a tiny spitfire with a golden voice who’s been a standout in two Broward shows in a row. She received a “Newcomer of the Year” award in 2015 for her role in Marquee Theatre Company’s production of Aida.

Mimi J. has been around, performing with Kevin Black Productions and starring in her own one-woman show,On the Radio: Sounds of the ‘70s. She has provided background for such artists as Gloria Estefan, Bobby McFerrin, Betty Wright and Johnny Gill of the R&B group New Edition.

Film: Playwright August Wilson began his chronicle of the African-American experience throughout the … END_OF_DOCUMENT_TOKEN_TO_BE_REPLACED

Film: Just in time with the opening of movie theaters in Palm Beach County comes the season’s most … END_OF_DOCUMENT_TOKEN_TO_BE_REPLACED

Music: The very last concert Franz Joseph Haydn attended in his life was in March 1808, about a year … END_OF_DOCUMENT_TOKEN_TO_BE_REPLACED