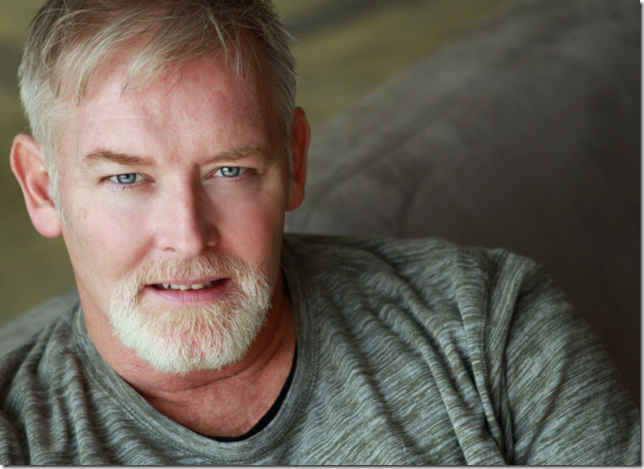 Tenor Jay Hunter Morris would have you believe he’s one of the good old boys: A good-looking, sweet-talkin’ Southern Baptist boy from Paris, Texas, where Mom was choir director at church.

At 40 years old, down on his luck after 20 years of singing roles like Alfredo (Traviata), Calaf (Turandot) and Cavaradossi (Tosca) in American regional opera houses, Mom suggested a choir director job at a high school near home. Also, she hinted, he should settle down and marry.

Morris, in his wisdom, felt the gig wasn’t up yet. Behind his charm and down-home persona is a canny businessman. He was right, of course. A call came from the Seattle Opera: Would you be interested in covering Siegfried in Wagner’s Ring cycle? Nothing to lose, he learned the part, but didn’t get to sing it.

Then in 2011, fully prepared, he sang it for San Francisco Opera. Now the Metropolitan Opera in New York needed a cover. He went. Siegfried got sick and Peter Gelb, general manager, asked Morris to step in at the last minute. The critics raved. At last, an American Heldentenor who could hold up under the massive orchestrations of Wagner, when, to be heard, a singer must give out 100 percent.

Looking at him, one might imagine he’d make the perfect Curly in Rodgers and Hammerstein’s Oklahoma, with his fine physique and outgoing personality. In demand once again, he graced the Four Arts stage on Wednesday night ith a delightful performance — unusual in its selection but understandable considering where he’d come from and where his singing career was now leading him.

The program was dedicated to his wife Meg and his 4-year-old son; Morris obviously took Mom’s advice. But his new success involves more travel. It’s Warsaw next, then back to the Met for more Wagner in The Flying Dutchman.

For a self-styled redneck, Morris’s selection showed a lot of the intestinal fortitude that got him thus far, including three pieces from Wagner’s Die Walküre, Siegfried and Götterdämmerung, two from Korngold’s very difficult Die Tote Stadt, and one from Jake Heggie’s new opera, Moby Dick, based on Melville’s novel.

“I normally don’t do song recitals,’’ Morris said before the outset. “I need a costume, makeup, scenery, an orchestra. I’m an opera singer.  Letting out a piercing high C he launched into Ein Schwert / Winterstürme from Die Walküre. The voice is like the color of his hair, steely bright with a big produced sound that turns warm and tender following the libretto’s demands.

By the time intermission came, I was sure he’d be out of voice singing such tough, very demanding vocal music, full out. He could have chosen any of the arias from his early pre-40 tenor days, like Recondita armonia from Puccini’s Tosca, but no — the heavy German repertoire was his new direction and this night we were to be its beneficiaries. Oddly, he didn’t make heavy going of it, serious stuff that it is. Rather he chose to talk to the audience between songs, explaining, joshing, even joking and reading from his book, Diary of a Redneck Opera Zinger.

Morris came out for the second half in a black shirt, outside his trousers, holding a mic and looking quite relaxed. How smart, I thought; these popular songs he’s singing don’t need the full-out treatment, and a mic will save his voice. But I had another concern. So many opera greats try making the crossover to popular song but in doing so they cannot lose that operatic, well-trained vocal production. Not so, Jay Hunter Morris.

Any red-blooded American big band of the old days would love to have this guy stand up in front and sing for a happy dance crowd. All traces of operatic Heldentenor have gone. His sound and delivery are a mix of Frank Sinatra, Mel Tormé and even the young Canadian, Michael Bublé.

With a flawless mic technique Morris came across with effortless ease in songs like Fly Me to the Moon, Turn Around; two by Harry Connick Jr., Recipe for Love and We Are in Love; David Yazbeck’s Breeze Off the River, and for his son, Fight the Dragons, by Andrew Lippa. Jerome Kern’s All the Things You Are was scheduled but omitted. Kimberly Grigsby was the excellent piano accompanist.

Returning for an encore after rapturous applause, he sang You Are My Heart’s Delight, a song made famous by another tenor with a much smaller voice who escaped to England at the time of the Anchluss on Austria in 1938: Richard Tauber. There the comparison ends.

A caveat for those not so well-informed about opera singers’ voices: Lyric sopranos can turn into very good dramatic sopranos in middle age. Tenors become baritones (think Placido Domingo, now 73 and still singing in top form in baritone roles). The likes of Jay Hunter Morris become Heldentenors, a natural transition if your vocal cords allow it.

Morris’s instincts knew this, whether consciously or subconsciously, when he turned 40. Getting the gigs is the challenge after a young lifetime of being known in another singing range. Peter Gelb took a chance, it paid off, and consequently the opera world got a new singing star. 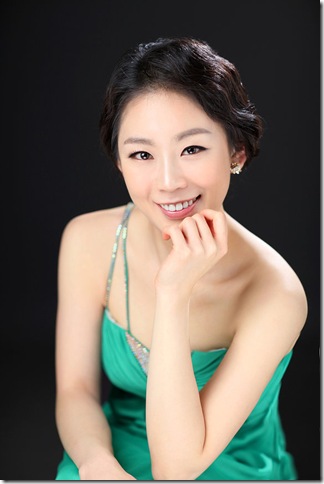 A clear night sky Tuesday greeted audience members as they entered the Flagler Museum for the world premiere performance of the Gloriosa Trio.

The glittering stars in the firmament were echoed by the tastefully designed rhinestone decorations on Yoonie Han’s lovely green evening gown. A distinguished pianist, Han, founder of the Trio, chose violinist Jennifer Carsillo and cellist Arnold Choi as partners. A full house delighted in this auspicious occasion with enthusiasm and warm applause: a new trio for our time.

Winner of numerous piano competition first prizes, Han tackled three of Franz Liszt’s transcriptions of Schubert’s famous songs. Liszt created a new style of piano playing, influencing many future composers and performers when he took to reworking operas, songs and even symphonies for the keyboard, opening up music to a whole new public and popularizing unknown works.

In the three songs Han played, Liszt was able to reproduce the vocal line in the midst of pianistic virtuosity. First came Gute Nacht (Good Night). A disappointed lover leaves without saying goodbye to his love, at night, in the moonlight. Liszt places the song’s melody in the pianist’s left hand, which was displayed touchingly by Han, playing from memory. Now the famous Liszt treatment takes over, with embellishments beautifully done by Han with a touch like running water, pardon the simile. Next came Der Müller und der Bach (The Miller and the Brook), a dialogue between the the miller and the brook.

It begins quietly with the tune picked out in the middle register. Softer embellishments begin, a change of key suggests the young man talking, and here, it is as if Han was actually “voicing” his speech in her delicate fingertips’ touch. Now Liszt turns to Wohin? (Where to?) from Schubert’s Der Schöne Müllerin, putting the tune in the right hand. Continuous arpeggios flow as the miller’s apprentice follows the babbling brook on his journey, all of which is reflected in the music. A standing ovation greeted Han’s interpretation, all the more impressive considering her tiny hand span, in carrying off the great Liszt’s massive piano transcriptions so adeptly. 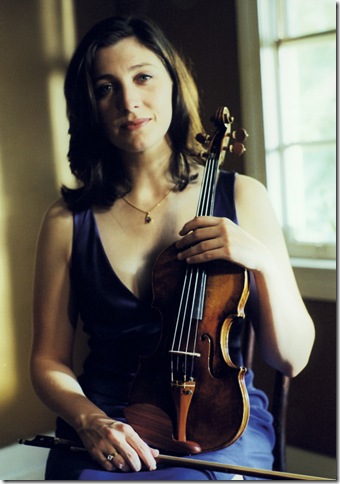 Enter Carsillo and Choi, to complete the Gloriosa Trio. First, they warmed up with Brahms’ Hungarian Dance No. 1 (in G minor). A very careful trio trepidatiously attempted this stirring, familiar and popular piece. Its rousing ending launched them with aplomb into their new milieu.

Joaquin Turina’s Piano Trio No. 2 (in B minor, Op. 76) followed. A member of the loosely convened school of nationalist Spanish composers of the 20th century that also includes Albeniz, Granados and de Falla, Turina’s trio has a romantic start, with compelling low cello notes reassuringly played by Choi. Intelligent music influenced by Cesar Franck, it is nonetheless vigorous and Spanish-sounding. Reflective passages from all three instruments build forcefully to a rhythmic Allegro.

The music captures the mysteries of the Alhambra with ghostly, skittering violin playing and hints of de Falla’s Nights in the Gardens of Spain. The third movement showed the trio at its best. The cello leads, piano and violin debate, then the pianist has some ravishing chords. Almost waltz-like, there was more lovely playing from Han, including trills, delicate runs and the hint of a campanella somewhere off in the distance. 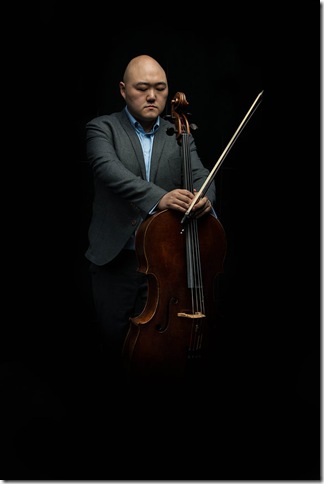 After intermission came Beethoven’s Archduke Trio (in B-flat, Op. 97). Suffering from hearing loss, this is the only major piece of music he wrote in the year 1811. The work is nicknamed after one of his three annual income guarantors, Archduke Rudolph of Austria, which accounts for its noble opening. The scales here proved to be a challenge for Han, I thought. But Beethoven’s expansive approach provided some bright memorable music nicely performed by the trio, ending triumphantly with a long extended piano run all the way up the keyboard.

Jig-like music opens the second movement, marked Allegro. Mysterious rumblings on the cello lead to a proud statement from the piano. A long exposition follows returning to a friendly talk between cello and piano, syncopated rhythms take over for a lovely ending.

The last two movements are smoothly joined by a coda. The piano starts, hymn-like, majestically. Violin and cello, in octaves, pick up the tune. Beethoven then writes a variation that increases with intensity. Han played sensitively here, not as heavy-handedly as in the Turina. Carsillo has a sweet violin solo, played with tenderness. Beethoven, getting more reverential, gives slow pointed solos to each player, beautifully handled by all three.

The joyous Rondo that ends the piece is fun and lighthearted. I felt the violin ought to have been stronger here. Beethoven labors the exposition as if wanting to hear it through his deafness before it ends. A fine rallentando brings the trio to a close, and an immediate standing ovation greeted the players of the newly formed Gloriosa Trio.

Han took a solo bow, and for an encore played an arrangement of a melody from Gluck’s opera Orfeo ed Euridice.

Film: Playwright August Wilson began his chronicle of the African-American experience throughout the … END_OF_DOCUMENT_TOKEN_TO_BE_REPLACED

Film: Just in time with the opening of movie theaters in Palm Beach County comes the season’s most … END_OF_DOCUMENT_TOKEN_TO_BE_REPLACED

Music: The very last concert Franz Joseph Haydn attended in his life was in March 1808, about a year … END_OF_DOCUMENT_TOKEN_TO_BE_REPLACED