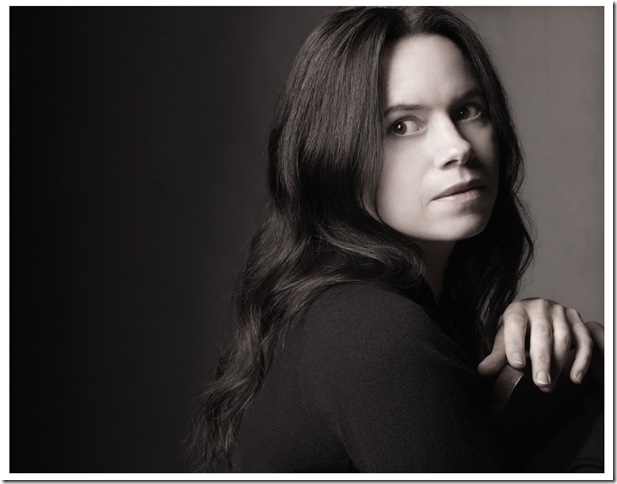 At 50 years old, the singer-songwriter has already helped define a genre through her first band 10,000 Maniacs, reinvented herself as a solo artist and sold millions of records, but it’s her current multiple roles that make her feel so empowered.

Because now, Merchant’s (on average) tri-monthly orchestral gigs allow her to be both super-Mom to her young daughter and almighty frontwoman.

“I go from cleaning up food scraps on the kitchen floor and making sure everybody gets to piano lessons and dance classes, lunches get packed, and then every once in a while I get to be a guest soloist with an orchestra,” she says with a chuckle from her home in New York.

“Doing the orchestral shows is a way that I’ve discovered that I can fulfill my desire to be performing, but not have to go on tour.”

About five years ago, the Boston Symphony Orchestra (BSO) invited Merchant to perform with the ensemble as part of an initiative to collaborate with singers and songwriters of other genres. Using her previous orchestrations and BSO’s adaptations and arrangements, they created a full program of works.

Now Merchant has around 30 songs arranged for orchestra and has performed with more than 30 different professional ensembles around the country, including the orchestras of San Francisco, Seattle, Nashville, Fort Worth, Tulsa, Detroit, and Chicago.

“I’ve been doing this pretty much exclusively for four years,” Merchant says, and this weekend, she’ll return to Florida for a weekend of dates, in Jacksonville tonight and Miami on Sunday. “I travel with two musicians and a conductor, and everyone has called me to say how excited they are to go to Florida.”

For Sunday’s Miami show, which marks the first time Merchant has performed at the Adrienne Arsht Center, the 38-person orchestra consists of both local musicians and soloists from Jacksonville, in addition to her small touring ensemble consisting of Gabriel Gordon on guitar and Uri Sharlin on piano and accordion.

Merchant doesn’t want to give too much away in terms of the set list, but notes that it will span her back catalogue from 10,000 Maniacs’ 1987 breakthrough In My Tribe to songs from her forthcoming self-titled release due out in April. She even divulges that they’ll debut a song from the new album in Florida titled “Andalusia” that includes an arrangement for the full orchestra.

Merchant is quick to note that these performances are not just spotlighting a rock band with a string section. She lauds those who help arrange her songs — Stephen Barber, Gavin Bryars, Sean O’Loughlin and Tony Finno, although she’s done a few herself — and boasts about the specialized instrumentation that includes woodwinds, harps, and a percussion section.

Additionally, Merchant’s knowledge and understanding of the classical music world is very apparent. She discusses the power of conductors, dissects what makes certain orchestras more powerful than others, and challenges the stigmas for both pop acts and ensembles when they perform together, all while maintaining her cool yet empathetic tone.

As for these shows, things are certainly different from the days of DJing at Jamestown Community College in New York and pioneering the college rock genre in the 1980s as the lead vocalist and lyricist for 10,000 Maniacs. Merchant has since become a mature, independent solo singer, respected for songs such as “Carnival” and “Jealousy” from 1995’s Tigerlily and those on 2010’s multi-disciplinary collection of children’s songs and poems, Leave Your Sleep.

She acknowledges that it takes a different kind of listening and musical understanding to perform with an orchestra.

This spring, Merchant returns to her self-described role as conductor, at least for a couple of U.S. and European jaunts. Her new album will mark a return to “electric” touring, and she says with a laugh, “I don’t do this very often, so it’s a big deal.”

But Merchant plans to retain some of the elements of these defining orchestral gigs in both her recordings and touring. Many of the new songs include special arrangements, and a string quartet will travel with her and the band on the upcoming tours.

In the meantime, Merchant’s orchestral shows seem to be redefining how classical music is presented and accepted when performed with a pop act.

“What we find is that many people come to these shows who have never seen an orchestra. And many people come to the shows who go to orchestra concerts,” she said. “I find it really interesting to talk to people after the shows and have them say, ‘I’ve never been to an orchestra show here before, but I’m definitely coming back.’ And for the patrons of the orchestra, they’re usually the people afterward who will tell me, ‘Your program was very different from a pops concert.’

“But because we — the two musicians I travel with — and I consider ourselves ensemble players with the orchestra, the orchestra is not there to back us up … We are very much integrated within the orchestra. These orchestrations are not just whole notes that all the string players hold for the length of the show. They’re more challenging and they’re more intricate and they’re more beautiful,” she said.

“The orchestra is very satisfied; they tell me how beautiful the arrangements are and they’re enjoying themselves, too. It’s been magical.”

Film: Playwright August Wilson began his chronicle of the African-American experience throughout the … END_OF_DOCUMENT_TOKEN_TO_BE_REPLACED

Film: Just in time with the opening of movie theaters in Palm Beach County comes the season’s most … END_OF_DOCUMENT_TOKEN_TO_BE_REPLACED

Music: The very last concert Franz Joseph Haydn attended in his life was in March 1808, about a year … END_OF_DOCUMENT_TOKEN_TO_BE_REPLACED