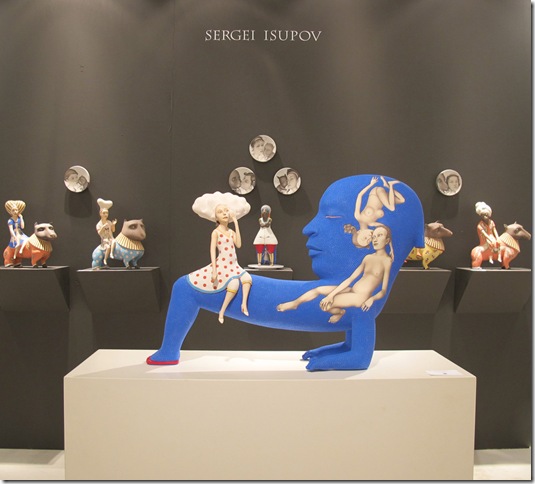 There was a completely different vibe to Art Miami, as compared to Art Basel.

Even on the second day of Miami’s longest-running contemporary art fair, there was an energy, excitement and element of surprise not felt at Art Basel. When visitors thought they had seen it all, all they had to do was turn another corner to find something else that grabbed their attention.

Art Miami, which just closed its 22nd year, is the anchor for Art Week in Miami, located in the emerging midtown district in Wynwood. Art Miami prides itself on the quality, depth and diversity of modern and contemporary art.

This year, the show hosted more than 110 galleries from 18 countries, with about 400 American artists represented. According to Nick Korniloff, director of Art Miami, the fair provides a platform for seasoned, cutting-edge and emerging galleries to showcase their artists. In other words: Accessibility.

The diverse range of disciplines and price points offered the hardcore art collector and the casual art lover an opportunity to purchase a must-have new piece, and that brought a certain level of excitement to the fair.

Gallery owners seemed pleased last week with the foot traffic and response to the work they presented – there were lots of red dots indicating sales. It was what was selling that was the news.

Catharine Clark Gallery, the first San Francisco gallery to create a dedicated media room, presenting new genres and experimental video art, brought Diagram of Chance and Will Intersecting by Adam Chapman. Since when did artists need to learn computer code?

Colored lines and forms seem to swim across a traditionally framed and mounted drawing in a two-hour cycle that starts with abstract elements — think Miró — and periodically resolves into figurative compositions – think lovely nude, in this case.

“There is an increasing interest in new media, and it’s selling,” Catherine Clark said. She sold two of them by early the second day, for $15,000. “I used to refer to the media room at the gallery as the non-profit room,” Clark chuckled. “Not any more!” 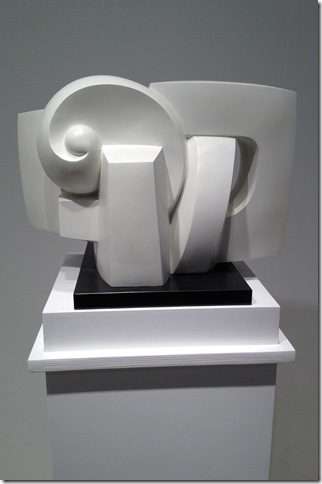 There were several galleries showing new media, including one that was a framed “painting” in which the artist created the art within the piece, continually changing it. These new media pieces avoid the “installation” aspect of what used to be considered media and allow a collector to have a continually changing conversation piece that can be mounted on the wall like traditional art.

Ashley Rice, at Lisa Sette Gallery of Scottsdale, Ariz., said that her gallery was enjoying success at the show. “Our art is obsessive, humorous, smart and high quality,” she said. “On-target for this fair.” 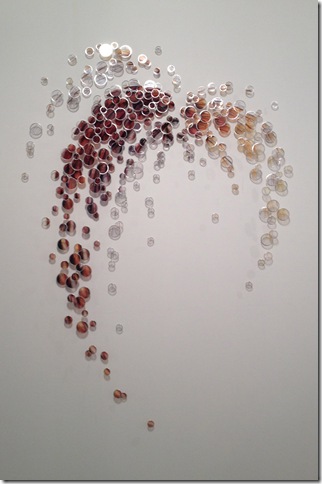 Lisa Sette Gallery was showing one of several art pieces seen at the fair, which mount directly on a wall. This necessitates a home visit by the artist to install the art. When Alan Bur Johnson’s Pollinium is purchased, it includes a visit by the artist to the collector’s home, where he mounts 266 photographic transparencies in metal frames, with pins, on any given wall for $9,000.

Ferrin Gallery of Pittsfield, Mass., was attracting a crowd with the surrealist ceramics of Sergei Isupov. The Russian artist, who emigrated to the United States in 1983, uses sexuality, relationships and human encounter to create a narrative in sculptural form. Prices ranged from $16,000 to $45,000. Leslie Ferrin said she was doing well at the fair and finds that business at Art Miami is better than other major cities where she shows. 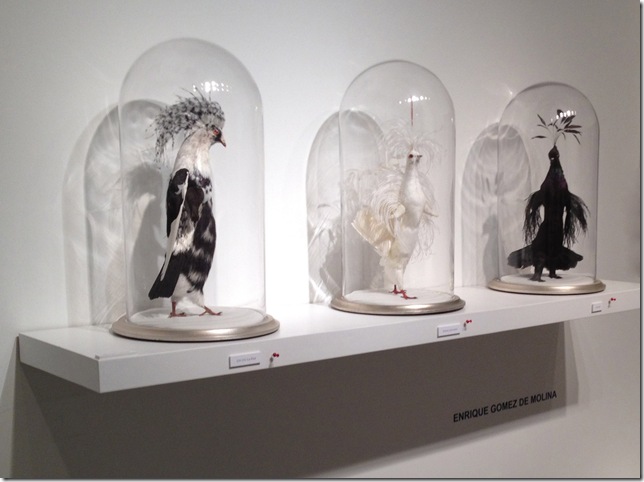 Finally, another crowd pleaser, and selling briskly, were the creations of Enrique Gomez de Molina at Bernice Steinbaum Gallery, Miami.

Sternbaum was showing only Cuban artists, some still living in Cuba. Gomez de Molina creates a frame and then adds fur, hoofs, feathers and eyes to create animals that are part bird, part lamb or a bison with feathers instead of fur.

It is his comment on the environment and how humans are destroying it by depicting the bleak future he sees for animals. They were shocking and infinitely creative. The three creations under glass domes sold together for $9,000 the first night.

Once again, Art Miami’s opening night benefited The Lotus House Women’s Shelter, which was also given a prominent position inside the front entrance for the duration of the show for continued exposure and hopefully, more donations.

This made the “Heart Miami,” as they call it, a genuine effort on the fair’s part, rather than just a ploy for an opening night crowd. Other fairs, take note. 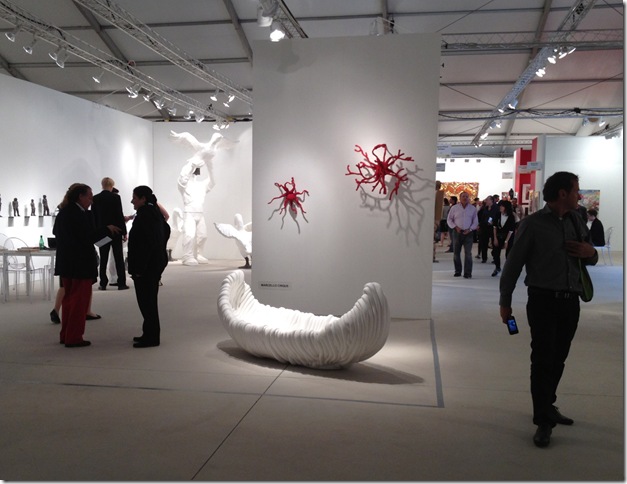 Film: Just in time with the opening of movie theaters in Palm Beach County comes the season’s most … END_OF_DOCUMENT_TOKEN_TO_BE_REPLACED

Music: The very last concert Franz Joseph Haydn attended in his life was in March 1808, about a year … END_OF_DOCUMENT_TOKEN_TO_BE_REPLACED