Vocabulary fans, the word for today is “zoetic.”

It’s an adjective, meaning “pertaining to life,” so it is not a bad name for a new live stage company, unless you happen to worry that theatergoers in South Florida will not buy tickets for a troupe it cannot pronounce or spell, let alone know what it means.

Still, welcome Zoetic Stage, the brainchild of producing artistic director Stuart Meltzer and his partner, playwright-designer-actor Michael McKeever. They have gathered a group of prominent local theater artists and established themselves with a lofty mission statement, promising to become “Miami’s theater company.”

Meltzer, former artistic head of City Theatre, has certainly been able to lure some terrific talent to the 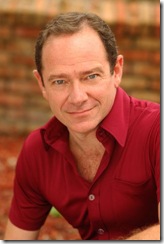 Still, this is hardly an opportune economic time to start such an ambitious venture. But Zoetic already has a board of directors in place, headed by Stephanie Demos-Brown, wife of Christopher Demos-Brown, whose When the Sun Shone Brighter premiered at Florida Stage at the end of last season and who will be one of the company’s resident playwrights, along with McKeever.

Each will have a world premiere in Zoetic’s debut season, which is certainly one of the most promising in the region. Specific dates and venues are still being worked out, but the season will kick off with McKeever’s South Beach Babylon, a “wickedly funny and sexy” look at the lives of five fictional Miami artists in the weeks leading up to the Art Basel exhibition.

Second on the season slate is the Florida premiere of Stunning, by David Adjmi, the story of a well-to-do Syrian Jewish couple living in Brooklyn and their clash of cultures with their African-American maid. 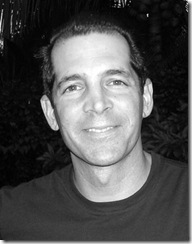 Next up is Demos-Brown’s Wrongful Death, a satirical take on the way the American civil justice system values human life as seen through efforts of a jaded personal injury lawyer to land the case of her career. The group’s first season concludes early next summer with Carlos Murillo’s Diagram of a Paper Airplane, a Southeastern premiere about four former best friends and their aftermath of the tragic death of one of them.

Besides all the logistical chores of starting a new company, a key priority is fund-raising. To fill its coffers and introduce itself to the public, Zoetic will be presenting a staged reading this Monday night (July 26) of seven of the prolific McKeever’s short plays under the puckish title of McKeever’s Briefs. Audiences at City Theatre’s Summer Shorts have seen a few of these plays, and three have been finalists in the 10-minute play contest at Actor’s Theatre of Louisville.

McKeever’s Briefs will play at the Caldwell Theatre, 7901 N. Federal Highway, Boca Raton, beginning at 7 p.m. A $15 donation is requested. For more information on the fundraiser or Zoetic, call Meltzer at (954) 235-6208.

Music: The very last concert Franz Joseph Haydn attended in his life was in March 1808, about a year … END_OF_DOCUMENT_TOKEN_TO_BE_REPLACED

Film: Major League Baseball culminates each season with the World Series, but to find the true … END_OF_DOCUMENT_TOKEN_TO_BE_REPLACED