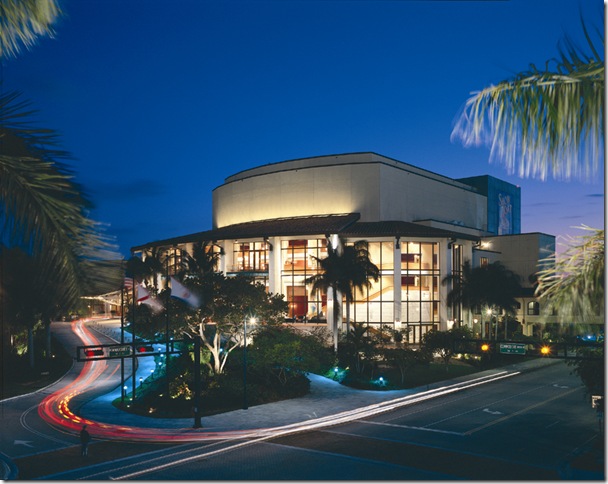 A performance calendar, online ticketing and membership options are musts on the website of any performing art center, but not all have a tab marked “Education.” And of those, few play the educator role as aggressively as the Broward Center for the Performing Arts.

A student discussing Charles Dickens in class will go on to watch A Christmas Carol live on stage and return to the classroom with a better understanding of the novel he/she just read. A blind child will be invited backstage to interact with the wardrobe personnel, touch the props and feel the costume fabrics to gain a better idea of what the show is about.

These are humble examples of the enormous impact the Broward Center prides itself with having on the community. With about 700,000 visitors per year, its annual economic impact on the community exceeds $90 million.

Located in the Riverwalk Arts and Entertainment District in downtown Fort Lauderdale, the center, now in its 21st anniversary year, is often the first South Florida stop for big-deal Broadway titles. It was here that the Tony-award winning musical Lion King made its South Florida debut in 2005. But CEO Kelley Shanley likes to talk about the things going on behind the stage rather than on it.

Shanley, who has been at the center since 1999, first as vice president and then as president and CEO three years ago, loves the “tropical context” of the facility and believes it is one of the things that make its special. He also believes great cities and great art go hand-in-hand. 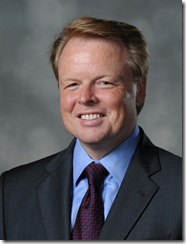 “How you do things is as important as what you do,” Shanley said, referring to the collaborative nature that defines the venue and its many partners in the arts, including Gold Coast Jazz, the Symphony of the Americas, Florida Grand Opera and Miami City Ballet. “We act alone as a last resort.”

Its educational program, for instance, is done in collaboration with Broward County Public Schools and is one of the largest in the nation, serving more than 150,000 students annually. The center has partnered with Nova Southeastern University to manage and organize programming for the 500-seat Rose and Alfred Miniaci Performing Arts Center on the main campus in Davie.

Since 2005, it has also managed the historic 1,191-seat Parker Playhouse in downtown Fort Lauderdale. Two years ago it helped the city of Aventura open a new 325-seat venue named the Aventura Arts and Cultural Center, and still manages it for that city.

What began as a design by award-winning architect Benjamin C. Thompson had turned into a construction site by 1988. The doors officially opened on Feb. 26, 1991, with the first national tour of Andrew Lloyd Webber’s The Phantom of the Opera and at a total cost of $59.6 million. By 2001, the center was celebrating its 10th anniversary by paying off its mortgage debt 11 years early.

This is among the busiest venues in the country and yet the fear of spreading itself, and a fulltime staff of 102, too thin is not immediately present. Caution goes into pursuing every idea and project, but this is not a center prepared to give up any of its novel ideas. If anything, it wants to evolve more.

A new campaign is already rolling: ENCORE! Building Community Through the Arts. According to center officials, it aims to renew and expand both the entertainment and education facilities.

Broward Center has worked hard to preserve the image of a smart, fiscally sound organization making extra efforts to be as self-sustained as possible and not be a burden on the donor community. It operates 90 percent on earned income. This means 90 percent of its revenues come from its operations and not from private or governmental sources or contributions. Donors can always choose to support a specific program and ensure every dollar is used directly.

The economic climate has not hit the center hard, Shanley said. Sales have been a little bit off, but not by a lot. Other than the nail-biting trend of seeing audiences buying tickets a lot later these days, the experience of directing a giant center for the arts is very enjoyable, he added.

Moving into the future, the overall goal is to connect with even those who have never heard of the Broward Center for the Performing Arts.

“You want to make them feel like they can try it,” Shanley said. “We don’t have to be all things to all people, but we want to be relevant to all people in some way.”

Editor’s note: This is the second in a three-part series of stories about notable area arts venues.

Film: Playwright August Wilson began his chronicle of the African-American experience throughout the … END_OF_DOCUMENT_TOKEN_TO_BE_REPLACED

Film: Just in time with the opening of movie theaters in Palm Beach County comes the season’s most … END_OF_DOCUMENT_TOKEN_TO_BE_REPLACED

Music: The very last concert Franz Joseph Haydn attended in his life was in March 1808, about a year … END_OF_DOCUMENT_TOKEN_TO_BE_REPLACED