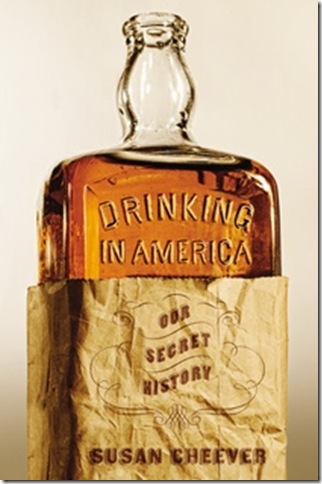 American history books rarely mention alcoholism as a significant historical issue. From the Pilgrims at Plymouth Rock to the presidency of Richard Nixon, liquor influenced and continues to influence American society and politics.

Susan Cheever has excellent credentials, having written extensively about her own battle with alcoholism and that of her father, the writer John Cheever.

One of the scariest chapters in this new book involves President Nixon’s drunken episodes, which largely were kept secret from the public. Nixon did not imbibe every day, but a couple of drinks “would render him drunk, slurring, stumbling and rambling irrationally before he finally passed out.” Aides worried that he might launch a nuclear war while drunk. Defense Secretary James Schlesinger was so concerned that he instructed the Joint Chiefs of Staff to ignore any military orders coming from the White House.

“Since the beginning,” Cheever writes, “drinking and taverns have been as much a part of American life as churches and preachers, or elections and politics.”

The Pilgrims regarded drinking and taverns as “gifts from God,” but they also held that drunkenness came from the Devil. By the time of the Revolution, the colonists were drinking almost twice as much as the average person drinks today.

After George Washington left the presidency he opened several distilleries on his Mount Vernon property. By the 1820s Americans’ drinking was out of control.

“Children drank before school, during school at recess, and after school,” Cheever says. “Farmers had jugs stashed at the end of every row in their fields. Factories featured frequent drinking breaks” and slave owners supplied their slaves with liquor to keep them happy and obedient.

Throughout history liquor has divided Americans. In 1919, those who favored temperance pushed through Prohibition, a failed experiment that led to increased crime and open flouting of the law. 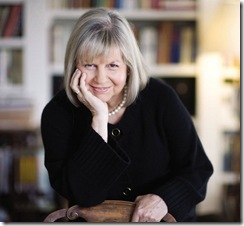 Drinking has declined in recent decades, in part because of the influence of Alcoholics Anonymous and Mothers Against Drunk Driving. Drunken driving accidents have been cut in half as a result of laws raising the legal drinking age and mandating stronger penalties for drunken driving convictions.

Founded in 1935 by Bill W. and Dr. Bob, AA has enabled millions of alcoholics to abstain. For many addicts, it is no longer shameful to admit that one has a drinking problem.

Cheever includes a chapter, “The Writer’s Voice,” about the link between writing and alcohol in the mid-20th century. Of seven U.S. writers who won the Nobel Prize, five were alcoholics — Sinclair Lewis, Eugene O’Neill, William Faulkner, Ernest Hemingway and John Steinbeck. Cheever rejects the notion that drinking promotes great writing. Although alcohol might produce a short-term boost in creativity, it “almost always turns on the writer — eating away talent, which leads to inferior and even embarrassing work.”

The author speculates whether President John F. Kennedy’s assassination might have been foiled if not for the dereliction of Secret Service agents, six of whom visited an illegal bar until 3 a.m., just hours before they were scheduled to guard the president on that fateful day in Dallas.

Like others who have written on the subject, Cheever stresses that alcoholism is a genetic trait like hair color and not a moral failure or a lack of willpower.

Despite recent trends, drunkenness has soared among college students and military personnel. One study showed that students who drink to get drunk increased from 10 percent to 34 percent in recent years.

Cheever crams a lot of information and factoids into the text. She quotes scores of other writers, which sometimes causes the book to read like a research paper, rather than an original text.

Drinking in America awkwardly blends memoir, history and brain science. Still, it offers a fascinating overview of an illness that has killed millions of addicts and influenced the course of U.S. history.

Film: Playwright August Wilson began his chronicle of the African-American experience throughout the … END_OF_DOCUMENT_TOKEN_TO_BE_REPLACED

Film: Just in time with the opening of movie theaters in Palm Beach County comes the season’s most … END_OF_DOCUMENT_TOKEN_TO_BE_REPLACED

Music: The very last concert Franz Joseph Haydn attended in his life was in March 1808, about a year … END_OF_DOCUMENT_TOKEN_TO_BE_REPLACED