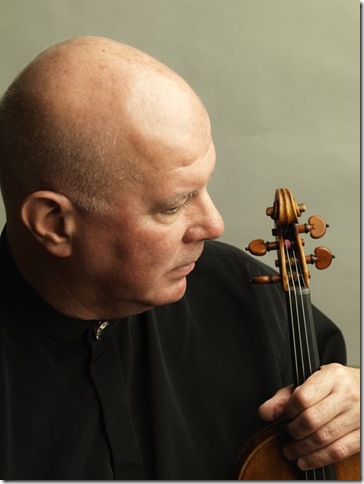 One sign of the growing maturity of the area’s classical music scene is the appearance of recordings by local artists.

Up until relatively recently, only the Palm Beach Chamber Music Festival’s six recordings on the Klavier label and the first discs by the Delray String Quartet could lay claim to representing a substantial segment of local art music activity, although there have been others in the recent past, including the memorable Mahler First recorded for Harmonia Mundi by the Florida Philharmonic before that orchestra’s defunction 10 years ago.

But here are two of four new recordings that are deepening South Florida’s imprint on the wider world of classical music: 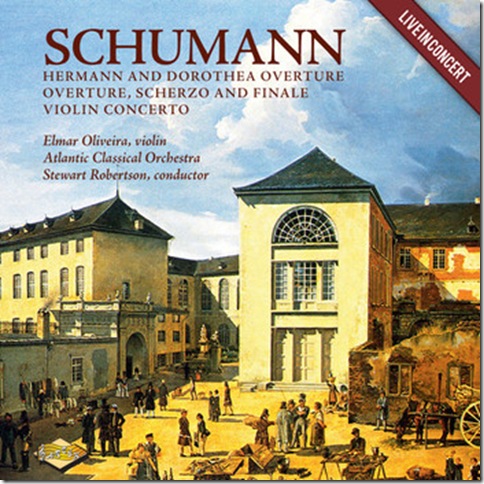 Recorded live at the Wold Performing Arts Center on the campus of Lynn University in Boca Raton in March 2012, this live all-Schumann disc is a collection of relative rarities, one of them from the very end of Schumann’s career. That work is the Violin Concerto, written in September 1853 for Schumann’s new friend, the young violinist Joseph Joachim, who at that time brought along his own friend, an even younger composer named Johannes Brahms, to visit the Schumanns.

Repressed by Schumann’s widow Clara as being indicative of her husband’s declining mental facilities —he was committed to a lunatic asylum six months later — the concerto had to wait until 1937 for its premiere, and then only because Nazi Germany wanted to find a violin concerto to replace that of Mendelssohn, who was baptized as a Christian but came from an illustrious Jewish family.

It’s a very unfortunate history for what is actually quite a good concerto, full of lovely tunes and plenty of solo pyrotechnics. If it does not rank in the very top drawer of violin concerti, it is as every bit as fine as some of the works we hear much more often, such as the Saint-Saëns Third, and by now it’s long past time for it to be a regular part of the repertoire.

Violinist Elmar Oliveira, a Connecticut native who made his name with a gold medal at the 1978 Tchaikovsky Competition, is a player with a big, powerful sound and an emotionally intense approach to what he plays. He’s a good fit for this concerto, particularly in the second movement, one of Schumann’s most touching inspirations. Here, Oliveira plays the gently arcing theme, which unfolds over an offbeat-imitation accompaniment, with full-on Romantic fervor, and it’s utterly beautiful.

It’s also clear that this is a very difficult concerto, with acrobatic leaps and long strings of rapid scales to make up for the lack of cadenzas, but Oliveira handles them admirably, only once or twice sounding effortful. It’s a big-boned performance, and that suits it; the kind of restraint typically heard in the Mendelssohn concerto could be applied here, but it wouldn’t work as well as this committed, generous reading. The Stuart-based Atlantic Classical Orchestra holds back and lets Oliveira take the spotlight, and conductor Stewart Robertson provides expert guidance in the tricky third movement, a somewhat stiff polonaise. Orchestra and soloist radiate a feeling of shared adventure, and make a strong case for a still-overlooked concerto.

Also overlooked these days is the Overture, Scherzo and Finale (Op. 52), which is almost a symphony, and which was written in 1841 just after the composer finished his first essay in this medium. The three-movement work, which Schumann first called a suite and then a “symphonette,” is a fine piece of music that deserves many more airings than it gets.

Robertson leads a very accomplished reading of the piece, with fine playing by the orchestra, and the dynamic and stylistic attributes of the music impressively attended to. This is a conductor who understands Schumann’s aesthetic and knows how to bring it out. Only in some of the biggest passages does the balance tip toward wind and brass, which do well by the excellent, up-to-date acoustical array of the Wold. But it also demonstrates that the ACO could use a larger string complement for the most forceful effects.

The disc opens with a piece of incidental music, an overture inspired by Goethe’s Hermann und Dorothea, a poem about an idealistic young man who meets a young maid and must overcome his father’s objection to marrying her. It takes place against the backdrop of war, including French troops, which is why Schumann includes a bit of the Marsellaise in the music. It’s a good piece, with a moody, mysterious theme in triplets to give it a sense of musical drama to go with the dramaturgy.

Again, the ACO’s playing is quite good, the direction careful and clean — perhaps too careful. The music could do with some heightened emotion right from the beginning, and the Marsellaise quotes would be more effective with some stronger contrast. In general, this aspect of Robertson’s conducting and the ACO’s playing is the one drawback on this smartly programmed disc. It would be a far more exciting release with some brighter colors, sharper accents, more fire in general. That’s not to say the music needs to be exaggerated to be sold better, just that the music would be able to take a more impassioned reading without losing any of its integrity.

The disc ends with a 20-minute conversation between Oliveira and Robertson about the Violin Concerto. The two men raise interesting points about the concerto that help illuminate it and their process in bringing it to life. Most of all, you hear how much they like the piece.

The Wold, a new hall, sounds good in this recording on Oliveira’s own Artek label. The orchestra sounds somewhat soft and fuzzy at the edges throughout; a more forward presence would have been welcome. Still, the most impressive thing here is how capable and polished this freelance orchestra sounds. Only in some of the bigger passages do the higher strings sound a little underpowered.

But this is a local orchestra to be reckoned with. It will be expanding its reach from its home base on the Treasure Coast to Palm Beach County in January, and that will raise the level of orchestral excellence in the county substantially. 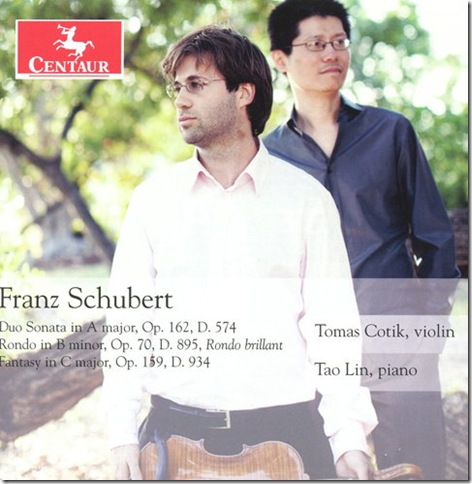 This survey of three large works for violin and piano by Franz Schubert is an exemplary presentation of some marvelous music that is rarely heard in concert these days, though recordings of them abound.

The Argentine-born violinist Tomás Cotik, second violin of the Delray String Quartet, joins with Lynn University instructor Tao Lin in this scrupulously researched and recorded disc, which was taken from live performances in September 2011 at the University of Miami’s Gusman Hall.

Schubert wrote a good deal of music for violin and piano, and the Duo Sonata that opens the recording is in fact his fourth violin sonata, though it differs from its predecessors in its much more elaborate layout, whereas the first three sonatas hew more closely to the style of Mozart. And this is in every way a major sonata, every bit as worthy as the Beethoven sonatas to be heard as a matter of course in violin recitals.

Surely it is the live nature of these recordings that gives them so much sparkle. The first movement of this sonata has a delightful spirit; when Lin enters with the secondary minor-key contrasting theme, he makes the march-like rhythms snap, and later, when Schubert calls for galloping E major arpeggios, Lin makes them bubble. Cotik is with him every step of the way, and the quality of their partnership can be heard in every bar.

The second movement (Presto) is fast and powerful, though not overly fast, and the two musicians make the contrasting Trio sound like a total break from the first section, as indeed it is. But they do this by observing Schubert’s soft dynamics while keeping the tempo exactly the same, and the effect is one of ear-catching mystery. The slow movement (Andantino) is an exercise in key changes, and here again the two musicians make the most of each one. The simple opening melody is barely allowed to speak before the composer is off in another direction, and Cotik and Lin bring out the vivid emotion inherent in all of Schubert’s sudden modulations.

The finale (Allegro vivace) is imbued with the spirit of the dance, with both players emphasizing the emphases amid the lightness of the 1817-era swing that is the motor of this movement. Lin and Cotik drive the music resolutely forward without burning it out, so that it has a feeling of giddy deliriousness, an almost out-of-control adventure on the floor that no one wants to end. It’s an exciting, strong performance.

The second work on the disc, the Rondo in B minor (D. 895), also known as the Rondo brillant, is a wonderful piece, full of flashy but substantive effects in the piano and violin. Both musicians sound completely committed to the headlong energy of much of the middle section of this work, with its call-to-the-hunt passages and its catchy rondo theme, which Cotik at one point plays with a portamento swoop on the upbeat, though every other time it’s left clean; it’s a nice, subtle touch that grabs the listener by the ear and leads him on.

As always with Schubert, the abundance of memorable melody in this work is astounding, with one lovely idea following another in rapid succession. But what also impresses here is its sheer effectiveness as a diverting concert piece. Schubert may not have been a virtuoso on either piano or violin, but he clearly knew what worked, and in the swift, muscular rendition of this Rondo by Cotik and Lin we hear a bravura side of Schubert that too many performers shy away from.

The third and final selection is the huge Fantasy in C (D. 934), the last work for violin and piano he composed, and one of the few he ever heard in concert; it was performed in January 1828 by the Czech violinist Josef Slavik. This is a highly virtuosic piece, with a texture of almost perpetual busyness for both instruments until it reaches the central section of the Fantasy, which is a series of variations on a Schubert song, Sei mir gegrüsst (D. 741), though the initial presentation is considerably different than the 1821 song.

The opening fast section, after the moody tremolandi and intense statements of the violin in the prelude bars (reminiscent of the great String Quintet in C), stands in stark relief next to it. Again, both players take care to always see the lightness of approach so integral to Schubert, no matter how stormy the music may become. Here, Cotik and Lin play canonically, and their tradeoff of scale figures and short, propulsive rhythms is beautifully done.

The variations that follow are hugely difficult for pianist and violinist alike, but Cotik and Lin play them brilliantly. Lin’s wide-ranging scales roll like liquid off his fingers, and both players end each variation with surgical precision. They observe all the repeats, on the premise that this is the structure Schubert wanted; i.e., it wasn’t simply a thoughtless application of the formula of the day, and it lends to the music an air of deliberation and repose that the closing section cuts off with renewed and amped-up vigor.

Cotik’s doctoral dissertation at the University of Miami was on these three Schubert works, and his notes for this recording are impeccably researched and gratifyingly unfussy. He has thoroughly examined many aspects of the Schubertian style: accents, pedaling, tempi, even tuning, and carried out the results of his scholarly investigations most admirably.

This recording can be paid no higher compliment than to say that Tomas Cotik and Tao Lin have in their presentation of these too-often overlooked masterpieces honored not only their professions as musicians, but the memory and work of Franz Schubert.

Music: The very last concert Franz Joseph Haydn attended in his life was in March 1808, about a year … END_OF_DOCUMENT_TOKEN_TO_BE_REPLACED

Film: Major League Baseball culminates each season with the World Series, but to find the true … END_OF_DOCUMENT_TOKEN_TO_BE_REPLACED