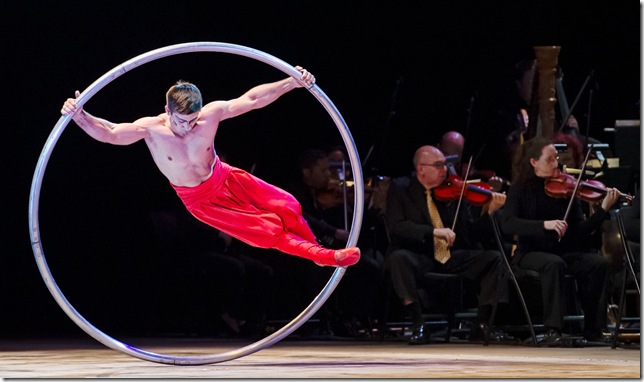 Festival of the Arts Boca 2014 has been relegated to the history books. But organizers are happy with the memories.

The festival’s website is filled with comments about the 10-day event that marked its eighth annual incarnation this year, taking place in Boca Raton’s Mizner Park Amphitheater and at the Cultural Arts Center.

Perhaps the most striking website element is the selfie that Forte vocalist Josh Page took, showing the group with Festival of the Arts Boca music director Constantine Kitsopoulos. A near capacity crowd is visible in the background.

“It came off very, very well,” said Charles Siemon, the festival’s chairman and co-producer, a couple of days after the music, lectures, dance and acrobatics had subsided.

The vitals from the 2014 offering are pretty good, he said. Attendance was up, even to the point of selling out the Cirque de la Symphonie acrobatics show a day or two before the event. Seats were added to accommodate demand.

“Overall, I would give it high marks,” Siemon said, though he did acknowledge that parking problems were again a bane of the festival. 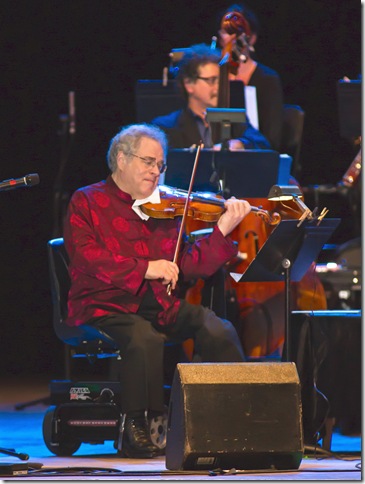 He said younger people are being attracted in larger numbers to the event, particularly to the Cirque de la Symphonie show and the finale performance by Forte, an operatic trio that gained fame last year on the TV show, America’s Got Talent.

Richard Schmidt, president of the Schmidt Family Foundation, the major sponsor, said Festival of the Arts Boca has grown to a level of stability that should keep it going.

“Festivals are long grinds. They don’t start off popular. They need capital investment to carry them through. The Aspen Music Festival wasn’t big at first; now, you can’t get tickets.”

“It’s great to see this place filled,” he said, standing in the amphitheater minutes after the Forte show ended. He promised the foundation will continue to fund the festival in 2015 and added, “Tell your readers they better get their tickets now for next year.”

Siemon said this year’s program opened strong with some talented, returning performers. “Itzhak Perlman made this third appearance, and performed his sixth and seventh shows.” The famed violinist played solo on the first night of the festival, then returned three evenings later to present Eternal Echoes: Songs and Dances for the Soul with cantor Yitzchak Meir Helfgot and the Klezmer Conservatory Band. 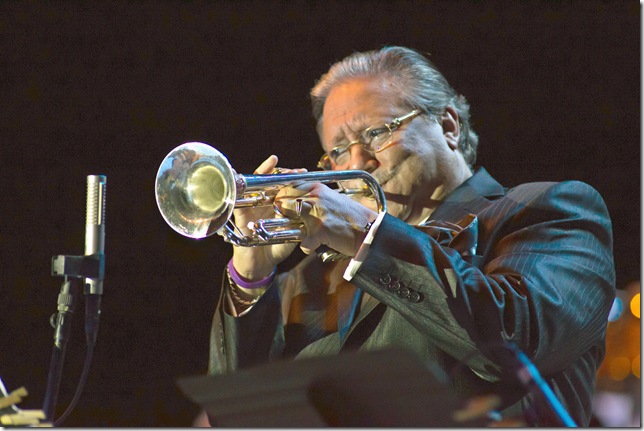 Festival Boca bridges the two weekends with lecturers. Again topping that list was Doris Kearns Goodwin, author and presidential historian, who shared thoughts on her book, The Bully Pulpit: Theodore Roosevelt, William Howard Taft, and the Golden Age of Journalism.

“She’s a great speaker,” Siemon said of Goodwin, who has been part of the festival for four years. “Her audience has built a lot over the years.” While she often appears on television, she is not one of the indistinguishable “talking heads.” Said Siemon: “She is a stark contrast to that.”

In 2012, Goodwin received a Key to the City from Mayor Susan Whelchel. 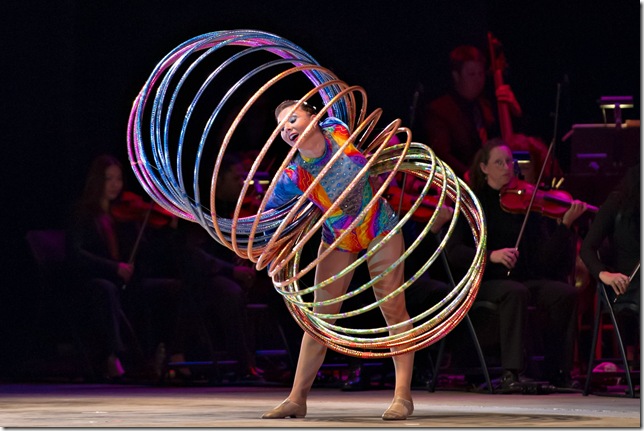 Siemon said the festival ended as strongly as it started, with Goodwin, Cirque and Forte. The acrobatic act made up of former Olympians, record holders and gold medal winners from other competitions, was a draw for young people and young families, he said, and is on the short list for next year’s festival.

As to Forte, he said, “I’m kind of an opera nut. I was familiar with Sean’s (Forte member Sean Pannikar) work, and I knew he had a fine voice.” The operatic trio received four standing ovations and sang two encores.

Already working on next year’s show, Siemon said: “There are a couple of people that I can’t talk about. They are fine arts music performers that haven’t appeared here yet.”

Some of this year’s entertainers may get an invite to reappear.

No matter what happens in 2015, Siemon said he thinks the 2014 festival “will be a tough act to follow.”

Music: The very last concert Franz Joseph Haydn attended in his life was in March 1808, about a year … END_OF_DOCUMENT_TOKEN_TO_BE_REPLACED

Film: Major League Baseball culminates each season with the World Series, but to find the true … END_OF_DOCUMENT_TOKEN_TO_BE_REPLACED