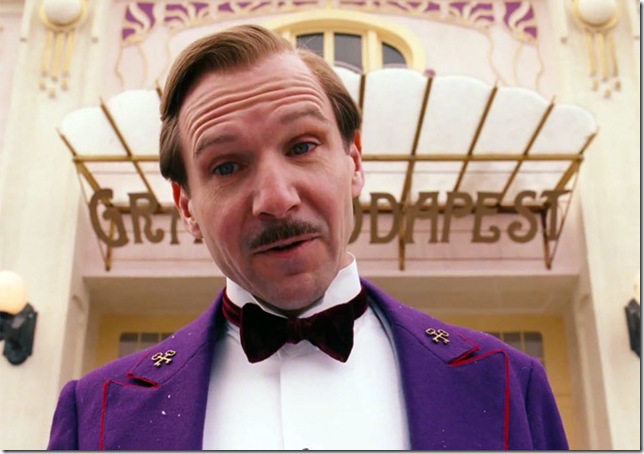 What do Jake Gyllenhall, David Oyelowo, Amy Adams and Jennifer Aniston have in common?

They all turned in first-rate performances last year — in Nightcrawler, Selma, Big Eyes and Cake, respectively — but failed to earn Oscar nominations for their efforts when the career-boosting list of potential Academy Award winners was released this morning.

2014 saw a crowded field of award-worthy films, which means a host of surprises and snubs in the nominations.

Clint Eastwood is considered an Oscar darling, yet he did not make the cut when the Best Director noms were announced, even though his picture, American Sniper, pulled in six mentions including Best Picture. The Academy could have made history by nominating the first black woman director, Selma’s Ava DuVernay. But she was a no-show on the director list, nudged out perhaps by Bennett Miller (Foxcatcher) or first-timer Morten Tyldum (The Imitation Game). They join expected nominees Alejandro Iñarritu (Birdman), Wes Anderson (The Grand Budapest Hotel) and Richard Linklater (Boyhood).

Birdman and Budapest Hotel each picked up nine nominations, so they have to be considered front runners for the Best Picture top prize, even though that Oscar rarely goes to a comedy. By the arcane rules in the category, eight films qualified, including American Sniper, Boyhood, The Imitation Game, Selma, The Theory of Everything and Whiplash.

The most eyebrow-raising omission from that list is Foxcatcher, particularly in light of Miller’s nomination. Also long talked about as likely to be included were Gone Girl, Into the Woods and Unbroken, which each had disappointing showings. The Academy expanded the list of Best Picture nominees essentially to apologize to Christopher Nolan and his Dark Knight Batman movie which was snubbed six years ago. Now his Interstellar got the cold shoulder as did Nolan, who has never received a Best Director nod. Criminal.

It wasn’t that long ago that Bradley Cooper was chiefly known for the Hangover series and other comic turns, but now he has been nominated for Best Actor three years in a row — Silver Linings Playbook, American Hustle and now American Sniper. He is in a very competitive category, but the Oscars love to award past losers as well as actors who leave their wheelhouse for an image-changing performance. (Yes, that also applies to Steve Carrell in Foxcatcher.)

Also in the category are two recent Golden Globes winners – Michael Keaton (Birdman) and Eddie Redmayne (The Theory of Everything) – as well as Benedict Cumberbatch (The Imitation Game). Keaton probably has the edge for being the elder statesman in the bunch, for this career comeback performance and for his emotional acceptance speech at the Globes. (Yes, that’s worth more than a few votes.) The absence of Oyelowo in this category and the lack of performers of color in all the acting categories has Hollywood clucking its displeasure and/or embarrassment.

The Best Actress field was more predictable, largely for a lack of films with major female roles. Still, former winner Marion Cotillard (Two Days, One Night) is a surprise inclusion, unlikely to get a congratulatory note from Aniston, whose slot she captured.

As a four-time also-ran, Julianne Moore (Still Alice) looks to be the likely winner, particularly since playing a woman with early onset Alzheimer’s is such Oscar bait. It helps that she is up against two young first-time nominees – Rosamund Pike (Gone Girl) and Felicity Jones (The Theory of Everything) – and former winner Reese Witherspoon (Wild).

She won’t win, but it is worth noting that Meryl Streep’s Supporting Actress nomination (for Into the Woods) is her 19th — far and away the career record holder. Look for Patricia Arquette to be the recipient of the considerable love for Boyhood, its best chance for a win.

Other stray snubs include: Sweden’s Force Majeure for Foreign Language Film, Documentary Life Itself about the late film critic Roger Ebert and The Lego Movie, the year’s highest-grossing Animated Film at over $250 million.

Here is the complete list of nominees for the 87th Academy Awards:

Actress
Marion Cotillard in “Two Days, One Night”
Felicity Jones in “The Theory of Everything”
Julianne Moore in “Still Alice”
Rosamund Pike in “Gone Girl”
Reese Witherspoon in “Wild”

Film: Just in time with the opening of movie theaters in Palm Beach County comes the season’s most … END_OF_DOCUMENT_TOKEN_TO_BE_REPLACED

Music: The very last concert Franz Joseph Haydn attended in his life was in March 1808, about a year … END_OF_DOCUMENT_TOKEN_TO_BE_REPLACED