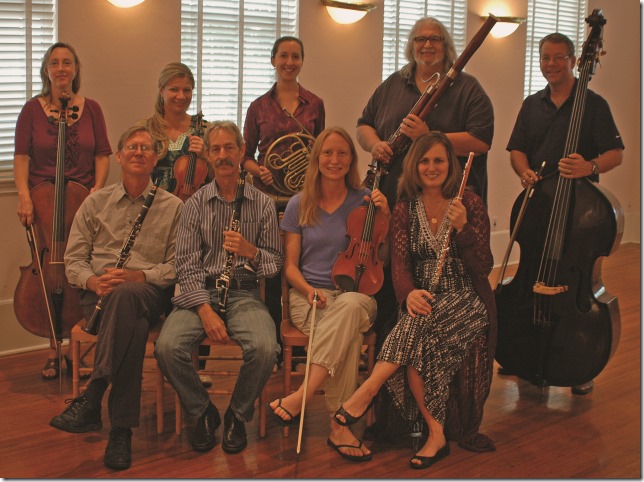 If you’re seeking from relief from the summer heat in a cool Sunday afternoon concert of music from woodwinds and strings, check out the front row of the balcony at the Crest Theatre in Delray Beach this July.

That’s where you’ll find Anton Bernath, who’s been coming to the concerts of the Palm Beach Chamber Music Festival since it started in July 1992.

“We lived in Europe for a number of years, and we did listen to quite a bit of chamber music, and are familiar with it and enjoy it immensely,” said Bernath, 87, a retired IBM executive who attends the concerts with his wife, Peggy. “So we started with them (in 1992), and we’ve become very good friends with a lot of the players.”

Begun as a way for three musicians and friends — flutist Karen Dixon, clarinetist Michael Forte and bassoonist Michael Ellert — to get together and play some music during the summer lull before the season, the festival has turned into a modest but always interesting monthlong concert series in which the emphasis is on lesser-known works of high quality. The musicians of the festival have made six beautiful recordings on the Klavier label, and in recent years have added occasional seasonal concerts at other venues in Lake Worth and Tequesta.

The festival will be presented in much the same way as it has been for 25 years, with four programs, each presented three times, one each in three locales in different parts of Palm Beach County. Friday night’s concerts are at Persson Hall at Palm Beach Atlantic University in West Palm Beach; Saturday night the action switches to the Eissey Campus Theatre on the grounds of Palm Beach State College in Palm Beach Gardens, and on Sunday afternoons, the programs wrap at the Crest Theatre.

“Chamber music is very calming, and it’s a little bit more intimate, because the symphonies have the brass, and a lot of violins and violas and such, and it’s a great deal of sound. And while it’s excellent, and I enjoy that, I like chamber music for the purer music and simplicity,” said Bernath, who lives in Boca Raton, where he was stationed in World War II, and where he later returned to help IBM open its plant in the city.

This year will feature a world premiere by local composer and music publishing executive Clark McAlister, who has been long associated with the festival and who was the producer of the festival’s six recordings. His new work, Canzona, is a sextet for woodwind quintet and trumpet, and was written for the festival players.

“He had written this piece for us a couple of years ago, and we just didn’t have a place in the program for it,” said Dixon, noting McAlister’s history of contributions to the festival. “And so we just thought the 25th anniversary would be a good time to put this piece on, and acknowledge him for what he’s meant to the festival.”

The first program (July 8-10) includes two works by Mozart, both in arrangements: The Linz Symphony (No. 36 in C, K. 425), and the Piano Concerto No. 23 (in A, K. 488). The program opens with the well-known “Dance of the Hours” from Amilcare Ponchielli’s opera La Gioconda, arranged for wind dectet by Andreas Tarkmann (if you think of dancing hippos, you’ve got the right piece).

McAlister’s Canzona leads off the second program (July 15-17), which features one of the great 20th-century wind quintets, Leos Janacek’s Mladi. Also to be heard are Wagner’s Siegfried Idyll, in its original 16-member guise (it had its premiere on the staircase of his house as a birthday present for his wife Cosima), and a Romantic rarity, an octet (B-flat, Op. posthumous) by the fine German composer Max Bruch.

The third program (July 22-24) contains some of the most unusual repertory, leading with Trio for flute, clarinet and bassoon of Rosalie Wertheim (1888-1949), a Dutch Jewish composer who gave concerts of music by banned composers in secret during the World War II occupation of the Netherlands by the Nazis. Ravel’s rarely heard Sonata for Violin and Cello is on the program as well, and it will conclude with a nonet by Nino Rota, the Italian composer best-known for his film scores, The Godfather in particular.

The festival wraps with an all-Italian fourth program (July 29-31) that includes one of the 19 string quartets (No. 3 in C minor) by operatic composer Gaetano Donizetti, a wind quintet by Ottorino Respighi (Pines of Rome), and a chamber symphony for string quartet, wind quintet, bass and piano by Ermanno Wolf-Ferrari, also better-known for his operatic work (Il Segreto di Susanna). 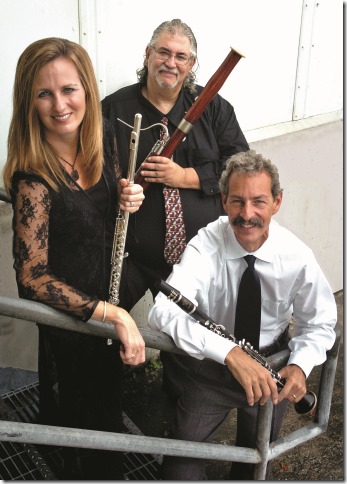 Over the years, many people have suggested expanding the festival in some way, adding another week of concerts or other programs. It’s something Bernath would like to see.

“I’ve encouraged them to stretch it out a little,” he said, and he’s advocated for “a few more chestnuts” to be programmed, such as Schubert’s always popular Trout Quintet and Dvořák’s American Quartet.

But much of the festival’s focus on unusual works comes from the fact that the three founders play instruments for which the canonical repertoire is nowhere near as rich as the wealth of material enjoyed by string players, particularly in the quartet medium, which has a vast array of masterpieces to choose from.

“They don’t have to think outside the box as much as we do,” Ellert said.

“They have a much bigger box,” Forte said.

During a recent lunch at Howley’s, the iconic West Palm Beach restaurant , the three festival founders expressed amazement that their original idea should still be going strong in 2016.

“I can’t believe it. We’ve been doing this for 25 years? How does that even happen?” Dixon said.

Part of it may have to do with the modest regularity of the festival, which has been very much the same in format every summer as it has been since its inception.

“That thing of going year to year, and just living in the moment, you look up, and boom. Thinking about doing anything for 25 years is hard enough, but this?” Forte said to general laughter.

Ellert noted that when the programs started, none of the three musicians had children, but today, two of them are finishing high school and one is at college.

“And all of our parents were alive,” Forte said, engendering a moment or two of thoughtful reflection.

There was more discussion like that in the time-flies category, such as that all three of them, having played in many places early in their careers, had put down roots in South Florida. And that led to their getting together and forming their unique partnership, the success of which still evokes a sense of happy surprise.

“The three of us just sort of, somehow, made it work. It’s personality types — who knows? Some aspect of us was the right mix,” Forte said.

Film: Playwright August Wilson began his chronicle of the African-American experience throughout the … END_OF_DOCUMENT_TOKEN_TO_BE_REPLACED

Film: Just in time with the opening of movie theaters in Palm Beach County comes the season’s most … END_OF_DOCUMENT_TOKEN_TO_BE_REPLACED

Music: The very last concert Franz Joseph Haydn attended in his life was in March 1808, about a year … END_OF_DOCUMENT_TOKEN_TO_BE_REPLACED