There were those who argued that the last thing in the world Lappin would have wanted for his orchestra was for it to go out of existence, but the orchestra’s new executive director, Charlotte Laurent-Ottomane, said the organization was in shock and needed time to regroup.

“It had always been Bob Lappin and the Palm Beach Pops, and Bob was the focal point. Yes, they’d bring in guest artists and all of that, but it was still all about Bob,” said Laurent-Ottomane, a veteran investor relations executive with French telecom Alcatel-Lucent who was appointed executive director in January. 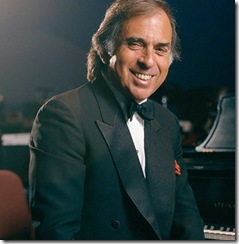 Lappin’s son, Jon, wanted the orchestra to continue, she said, “and there were musicians who had been with us since the beginning” who were eager to see the music resume. “The implications of not continuing were enormous, and the implications of continuing are quite significant,” she said.

The Pops mounted a special tribute concert to Lappin in February, led by Lee Musiker, an Emmy Award-winning composer (The Chronicles of the Young Indiana Jones), pianist and arranger whose long list of credits includes being the musical director for singer Maureen McGovern.

“The orchestra contacted me to do a tribute concert, which I was very pleased and most honored to do in his memory,” said Musiker, who appeared with the Pops and Lappin in 2007 on a concert called I Love a Piano. “That concert was a tremendous success.”

A couple months later, Musiker said, the Pops asked him to take over leadership of the group for the season, and his official appointment was announced in August. He said the initial reaction to the Pops’ return has been highly positive.

“There’s a tremendous amount of excitement and a big buzz about this. It’s a wonderful time for the orchestra, and I am very devoted to the success of the orchestra and its ongoing life,” said Musiker, who added that he’d be happy to continue as music director after this season.

The Pops returns to active Palm Beach County concert life this month at the Kravis Center, when it welcomes the vocal quartet The Manhattan Transfer on Dec. 14 for a holiday concert. The veteran jazz has also suffered a recent tragedy with the loss of its founder, Tim Hauser, who died in October; he’ll be replaced for the Kravis date by Trist Curless.

Singer Frank Sinatra Jr. joins the Pops for two concerts, Jan. 10 at Boca Raton Community Church and Jan. 11 at the Kravis, and the Pops’ five concert-season closes with a tribute to the late composer Marvin Hamlisch. The program, featuring Donna McKechnie (A Chorus Line), Jodi Benson (The Little Mermaid) and Doug LaBrecque (The Phantom of the Opera), will be presented March 7 at the Boca Community Church and March 8 at the Kravis Center.

The orchestra, which in Lappin’s time presented 36 concerts each season, is resuming with five, but will do “50 percent more” in the 2015-16 season, Laurent-Ottomane said. 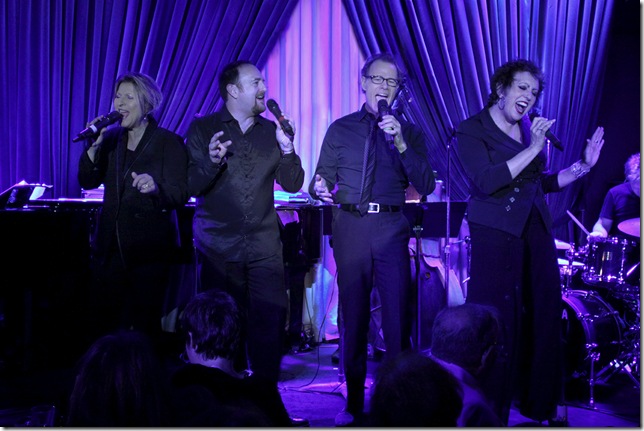 “I think we have a great season in front of us, even though we do have (only) five concerts. I think it’s a basis on which we can grow, and there still are many challenges,” she said. “We need to expand our patron base to include a younger audience, as you can imagine, while keeping the current patron base. So we’re doing that a bit with The Manhattan Transfer, kind of trending toward a younger demographic.”

The Dec. 14 concert also will include an appearance by the Young Singers of the Palm Beaches in holiday songs, Laurent-Ottomane said. Also debuting at the holiday concert will be a new Musiker-penned orchestration of a traditional Hanukkah song, plus music from jazz pianist Vince Guaraldi’s score for A Charlie Brown Christmas, Musiker said. 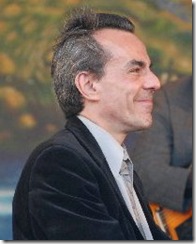 For January’s concerts, student dancers from the Dreyfoos School of the Arts will perform to the dance suite from the ballet in Leonard Bernstein’s On the Town, the movie version of which featured Sinatra’s father, Musiker said. There will be two other pieces by Bernstein on the program, including the overture to West Side Story.

“What I’m trying to do is expand into, not classical music, but what’s called the serious side of pops repertoire, such as Bernstein and Sondheim,” he said. “And then in March we’ll have our incredible Marvin Hamlisch tribute.”

Laurent-Ottomane said she and the board are considering expanding the group’s reach through smaller ensembles, such as an 18- to 20-piece Palm Beach Pops Big Band, that can play smaller venues. She’d also like to see the Pops visit other parts of Florida.

Laurent-Ottomane said “everybody’s thrilled” that the orchestra is coming back, and this summer, it offered a presale for the season that was “extremely successful.”

Music: The very last concert Franz Joseph Haydn attended in his life was in March 1808, about a year … END_OF_DOCUMENT_TOKEN_TO_BE_REPLACED

Film: Major League Baseball culminates each season with the World Series, but to find the true … END_OF_DOCUMENT_TOKEN_TO_BE_REPLACED