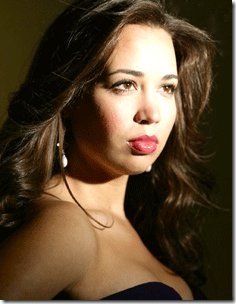 Monday night’s Palm Beach Symphony Orchestra program was a tribute to the chamber music concert series founded by Arnold Schoenberg in Vienna in 1919, in which the enfant terrible modernist of his day established a way to try out new music in private, and hear large orchestral works in chamber arrangements.

Thus it was Monday night, as a small band of just 11 players played four pared-down works to great effect in the massive reverberating space of Bethesda-by-the-Sea Episcopal Church, a cathedral-sized parish church whose acoustic is very unkind to large symphonic brass and loud tympanic effects.

Kudos to Michael Finn, the executive director, and artistic director Ramon Tebar for overcoming this problem of the echo acoustic, which often leads to muddy orchestral sounds. The small band of first chair players, led by Scott Flavin – who the day before led his Pulse Chamber Music trio at St. Patrick’s in Palm Beach Gardens ― was superb.

Debussy’s Prélude a l’après-midi d’un faune opened with the familiar flute solo. Written for a Mallarmé theatre piece, it never saw the light of day until dancer Vaslav Nijinsky choreographed it for the Ballet Russes. Schoenberg had a hand in the version we heard, paring it down for his Vienna Society.

All the shimmering effects were there, and the small orchestra got into the central part with deep feeling and expert playing. The lovely harp ending was played by a harmonium and the piece was met with warm applause. No echos, no reverberations, just lovely-sounding music.

Two Johann Strauss II waltzes followed. First the invigorating Emperor Waltz, commemorating a meeting between Austrian Emperor Franz Joseph I and Kaiser Wilhelm II in 1889. Conductor-less, the players put their hearts and souls into it.

I first heard this music played many years ago by the 85-player Hallé Orchestra, under Sir John Barbirolli, and fell under its spell. I was anxious about my reaction to what I was about to hear, but I need not have worried. The lilting waltz music had the same effect; these few skillful players drew me under its spell once more.

Next came Roses from the South. It is a sublime-sounding, balanced work. Conductor Ramón Tebar brought out the beauty, reverie and grace of this lovely extended waltz. There were times when I thought an extra cello might enhance the driving waltz theme in the center of the piece; a slight quibble, because the strings sounded wonderful throughout.

This small group of players were achieving the impossible with no tonal hangovers  or  “vulgar brass sounds” ― not my quote, but that of Dame Edith Sitwell, who wrote the poem Façade for a similar small group, with music by William Walton. Happily this and the previous work were met with thunderous applause from a very appreciative audience.

After all the lovely “light” music, the group followed with the Mahler Fourth Symphony, which I consider too ambitious a programming choice. Subjecting an audience to an hour of Mahler’s endless weaving and winding without end, on hard church benches, is a lot to ask. Why not continue in the lighter vein; there’s so much good music around (Eric Coates, Percy Grainger, Samuel Coleridge-Taylor, for instance). If it is to showcase the beauty of soprano Nadine Sierra’s voice, why not just play the last movement of the Mahler?

This symphony was heard in the reduction by Erwin Stein (a piece reconstructed by none other than Alexander Platt, former director of the Boca Raton Symphonia), and we heard some brilliant playing by Palm Beach Symphony artists of the first rank. Mahler composed his Fourth Symphony in 1899-1900, drawing upon his Des Knaben Wunderhorn song settings. It begins with the familiar sleigh-bell theme, and then a long exposé and elaborate developments with shrill exclamations that break the solitude of the lovely folk music. Just as one thinks it is ending, it picks up with a full vibrant orchestral sound that our 11 players conveyed very well.

The second movement opens with a solo violin and lovingly played lilting winds. Stein’s reduction works: All the parts are heard clearly and it is all anchored by some excellent clarinet playing that bubbles over with tuneful outbursts, punctuated by the oboe and flute, ending with a few shrill chords.

A quiet, pensive mood pervades the third movement. The cello introduces a beautiful melody accompanied by the viola and slow plucked notes on the double bass. This is sustained, soothing music that seems to go on forever, as it winds and circles around trying to find a resolution. The playing was exquisite (don’t blame the instrumentalists for Mahler’s lack of resolve).

The sleigh bells return in the fourth movement and the solo soprano sings the Wunderhorn song setting Das Himmlische Leben. This is the best of Mahler. Sierra’s lovely voice commanded the heights with gentle ease. The small orchestra accompanied well and deserved its resounding approval at the end.

Film: Playwright August Wilson began his chronicle of the African-American experience throughout the … END_OF_DOCUMENT_TOKEN_TO_BE_REPLACED

Film: Just in time with the opening of movie theaters in Palm Beach County comes the season’s most … END_OF_DOCUMENT_TOKEN_TO_BE_REPLACED

Music: The very last concert Franz Joseph Haydn attended in his life was in March 1808, about a year … END_OF_DOCUMENT_TOKEN_TO_BE_REPLACED