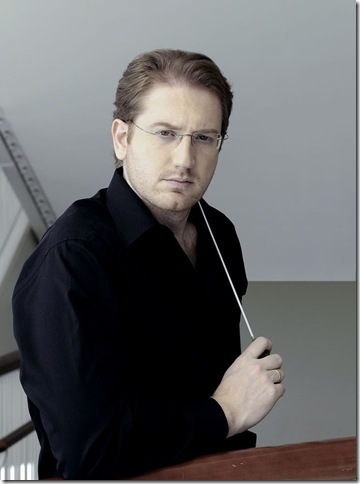 The Palm Beach Symphony is celebrating 40th year, which means that the numbers 4 and 40 will appear regularly in this season’s programs.

For any arts organization to have lasted this long, the credit belongs to its members, supporters, donors, management and yes, the wonderful players. Instrumentalists come and go, but the cohesive body of musicians that made up this orchestra at their season opener Wednesday worked very hard on Mozart’s 40th and Beethoven’s Fourth symphonies.

Close on 700 enthusiasts heard and celebrated with the Palm Beach Symphony in the auditorium at the Society of the Four Arts. Forty-two musicians were on stage Wednesday night, which is about the strength Mozart and Beethoven were used to composing for and conducting. But the acoustic of a hall can play a big part in how one hears a symphony; Four Arts is not ideal, alas.

But an encouraging note in the program said: “The Palm Beach Symphony aspires to assume leadership in planning and constructing a performing arts center on the island”: Something to look forward to, indeed. With modern acoustic techniques one man can “tune” a hall to whatever size band, group or soloist graces the stage.

Back on the podium for his fourth season, Maestro Ramón Tebar, fresh from his summer sojourn in the concert halls and soccer stadia of his native Spain, conducted with all the enthusiasm and energy of a soccer center forward about to strike the winning goal. This night, he had two winners.

The Mozart symphony (No. 40 in G minor, K. 550) began with a sharp attack. Silver strings, led by the new concertmaster, Andy Simeonescu, sounded lovely. The difficult fugue was well achieved by each section. The woodwinds were strong, as was the brass. The horns began tentatively, but soon warmed up. Tebar was in complete control.

In the second movement, greatly improved horns sounded gloomy (impending disaster music: Mozart had a few loans coming due), and Tebar speeded things up to make the music sound interesting. The orchestra responded immediately to his carefully timed signals and the slower parts showed how well-balanced the orchestral positioning was on the small stage.

The third movement had a nice lively start with Tebar getting some fine rallentandos from his players. A fast-paced fourth movement had everyone working hard. At times the exposed strings sounded a little sharp. Effective pauses came off well as Tebar seemed to “shape” the music with his hands in the fugue like parts. His baton technique is simply wonderful to watch.

Twenty years later, in 1808, Beethoven composed his Fourth Symphony (in B-flat, Op. 60). Not unlike the Mozart, it is a throwback to the period when Haydn composed for the Esterhazys. A “light” symphony, so unlike his driving, massive Third Symphony, the Eroica.

Long opening chords predict  gloom. The violins tiptoe around like mice, playing short phrases. Now the footsteps grow heavier as the double basses and cellos pluck away in time. Two big orchestral chords end the suspense and the work takes off with a sweet little tune passed around in the wind section. But the “heavy” hand of Beethoven comes through on the timpani. There’s a strong orchestral buildup and with clear signals from Tebar,  a fresh energetic feeling pervades the orchestra.

The second movement, a delicate Andante, was beautifully played. The strings sounded like a slow moving waterway. French horns and woodwinds interrupted, acting as small rocks or larger boulders as the water wended its way. A great crescendo closed this passage and Beethoven repeated this idiom again. The playing got somewhat ragged here as each part became exposed.

In the Scherzo, strings and woodwinds talk to each other. The woodwinds were excellent and Tebar got some lovely playing from the orchestra as the horns brought it to a musical full stop. In the last movement, there was ferocious energy from Tebar as he put his heart and soul into the fast kick-off Beethoven wrote.

Tebar is quite remarkable in the way he holds this group of players together after only three rehearsals. Some are drawn from the Lynn Conservatory of Music, others are longtime professionals, American, Hungarian, Russian and Costa  Rican, which speaks to the universality of music, an international language of mere notes on a page.

The crowd roared its approval at the end of Beethoven’s Fourth. Men and women stood and shouted uninhibited bravos at the orchestra. Ever the gentleman, Tebar stood among his players inviting them to share the glory. A fine start to a 40th season, and more goals to come.

The Palm Beach Symphony will perform next at 7:30 p.m. Thursday, Jan. 9, in a concert at the Flagler Museum. Violinist Itamar Zorman will be the guest soloist for Vivaldi’s Four Seasons and Astor Piazzolla’s Four Seasons of Buenos Aires. Tickets are $50. Call 655-2657 or visit www.palmbeachsymphony.com.

Film: Just in time with the opening of movie theaters in Palm Beach County comes the season’s most … END_OF_DOCUMENT_TOKEN_TO_BE_REPLACED

Music: The very last concert Franz Joseph Haydn attended in his life was in March 1808, about a year … END_OF_DOCUMENT_TOKEN_TO_BE_REPLACED