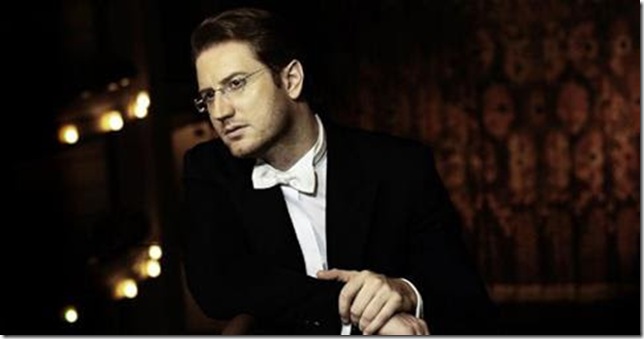 Like a top-league soccer coach, Ramón Tebar has gotten his team to World Cup level.

The Palm Beach Symphony, playing Jan. 27 at the new auditorium of Benjamin High School in Palm Beach Gardens, sounded like a major orchestra from Europe or the Americas. In my time covering this ensemble, Tebar has taken it from a refined chamber music ensemble of 35 players to a well-crafted major symphony orchestra of 85 with every first chair a distinguished soloist.

I have experienced this once before and the comparison is valid. After World War II, John Barbirolli took an ailing wartime Hallé Orchestra of 30 players and rebuilt it to a world-class band of 95 in the space of four years. Despite the war, the Hallé, 158 years old now, never missed a season. From where I sit, Tebar and Barbirolli belong in the same breath. Tebar has been herculean in his desire to grow his orchestra, with board help, of course. His podium presence and baton technique are more energetic than the late, great Sir John, though.

Kudos should also go to David McClymont, the executive director of the symphony, who arranged for the orchestra to perform in the new $12 million Benjamin Hall, whose acoustic on first hearing needs few tweaks. A training program between Benjamin High School’s Music Department pupils and the orchestra is also now well underway.

This night was special. A festive atmosphere prevailed, laced with curiosity. Even the weather forecast, predicting downpours and tornadoes, could not keep 675 people from filling the 800-seat hall. I saw friends who had never ventured to hear Palm Beach Symphony; “effective” newspaper ads drew them in, they said. The program wasn’t exactly light night music, but consisted of two canonical German Romantic works: Schumann’s First Symphony and Brahms’s Fourth Symphony.

Schumann’s First (in B-flat, Op. 38) is often called the Spring Symphony. After many earlier false starts, Schumann’s new marriage gave him the stability to write two symphonies, a fantasy for piano, an overture and a song cycle, all in the same year of 1841.

A brass fanfare opens the symphony, answered by the whole orchestra. As the fanfare theme is speeded up the string section was well under command, singing beautifully: Tebar controls the double pianissimos and fortes so well, his players respond immediately to his quick hand signals.

Warm applause greeted the end of this movement, evidence of new attendees in the audience. The custom today is to wait for the whole symphony to end before applauding, but this was not the case in Schumann’s day; applause was welcomed by conductor and musicians during any break. It showed keen appreciation, as did the new audience this night.

The second movement, slow and thoughtful, is filled with sudden harmonic modulations, suggesting spurts of spring growth. There are also some tonal surprises linked by beautiful themes from the cello section, bridging the old patterns from the first movement to the new music introduced here. All five cellists played magnificently.

The third movement Scherzo opened with more very good string playing, and during the bulk of the movement, Tebar brought each section in with great energy. Sadly, cellphones were flashing from around the audience during this music despite warnings to the contrary. Had Sir Thomas Beecham been conducting, he would have stopped the music and faced down the perpetrators. Count yourselves lucky Tebar is a kinder man. Ripples of polite applause, not as loud as before, greeted the orchestra.

Harmonic gamesmanship abounded in the last movement, with plenty of spry melodies and musical jokes. What a thrill to realize this orchestra could be a match for any other at this level. Released from their hesitant, between-movements approval, the new audience members applauded loudly.

Brahms’s Fourth Symphony (in E minor, Op. 98) followed intermission. The opening Allegro non troppo, with lush strings leading the way, shows how well Brahms had integrated the Classical styles of Haydn, Mozart and Beethoven into his music. The woodwinds and brass weave nice undercurrents around the main theme: simple pairs of notes rising and falling. Every section gave of their best, working very hard.

Tebar gave the second movement (Andante moderato) an extraordinary reading, the music seeming to flow from his fingertips. There was fine horn and woodwind playing, and in the middle, the winds sounded angelic as the floated over the lovely string melody.

After an energetically played Scherzo, the finale got off to a strong start, and when a clarinet solo broke in to the variations, Tebar turned to face the first string section asking for more, in this the most refined part of the symphony. They deliver. The orchestra as a whole has been magnificent in responding to his leadership in this symphony. They never sounded better.

The applause that greeted them was overwhelming and long. It was the longest-lasting round of appreciative applause I’ve heard in all my years of covering the orchestra. Tebar introduced each lead solo chair. People responded. The combined audience, new and old, gave him five curtain calls, more than ever before on a night that might well have been a washout.

Film: Playwright August Wilson began his chronicle of the African-American experience throughout the … END_OF_DOCUMENT_TOKEN_TO_BE_REPLACED

Film: Just in time with the opening of movie theaters in Palm Beach County comes the season’s most … END_OF_DOCUMENT_TOKEN_TO_BE_REPLACED

Music: The very last concert Franz Joseph Haydn attended in his life was in March 1808, about a year … END_OF_DOCUMENT_TOKEN_TO_BE_REPLACED