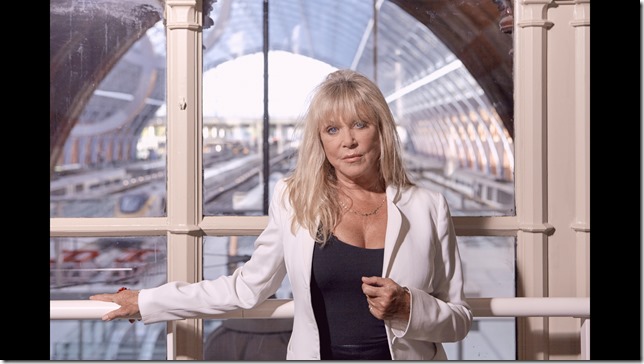 “Behind the Lens” presented a unique live blend of music and visuals at the Kravis Center’s Persson Hall on April 13, with the featured attraction the narration and photographs of Henry Diltz and Pattie Boyd.

The 77-year-old Diltz has more than 400 album cover shots for iconic artists, and the tales to go with them, while the 72-year-old Boyd mainly showcased her photographs of former husbands Eric Clapton and George Harrison, along with the requisite images and stories about The Beatles.

Music by the Fab Four played as the intimate theater filled to roughly two-thirds capacity, but Morrison Hotel Gallery co-owner and the show’s producer, Peter Blachley, then came out to explain that everything was not necessarily as it seemed.

“Those were actually the demo tapes from George and Pattie’s house in England,” he said, “so you’ve never heard them before. That was a very special listening session for you courtesy of Pattie Boyd.”

After a five-minute montage of his work, and testimonials by celebrities, Diltz strolled on stage first. Amiable and conversational, he explained how he’d been a banjo player with the group the Modern Folk Quartet during the 1960s (with the photos to prove it) before buying his first camera while touring. The native of Kansas City, Mo., had relocated to California, and found photography as much of a calling as music before the two intertwined in ways he hadn’t envisioned.

“I started photographing all of my friends in Laurel Canyon during each week, so I could have slide shows on the weekend,” Diltz said. “And one by one, they all became famous! A lucky accident for me.” 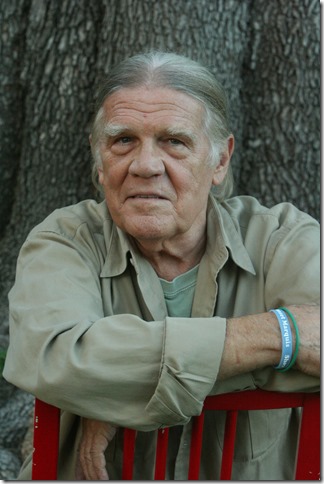 Diltz’s scroll of work started with images from Neil Young’s ranch, then segued into album covers and other shots of the Buffalo Springfield, John Sebastian and the Lovin’ Spoonful, Mama Cass, The Hollies, Linda Ronstadt, The Monkees, America, Jackson Browne, James Taylor, The Doors, Jimi Hendrix, Crosby, Stills & Nash, several other Woodstock artists, and beyond.

Many of Diltz’s photos and tales involved the desert-themed, peyote-infused shoot for The Eagles’ self-titled 1972 debut album, and the wild west-themed shoot for its 1973 follow-up, Desperado. Yet the separate scene-stealers were the unlikely duo of heralded singer/songwriter Joni Mitchell and late comedian Richard Pryor.

“Mama Cass invited Eric Clapton to her house for a party to meet some friends,” Diltz said, “because he was very shy. Here he is sitting on the lawn, with David Crosby in the background, listening to this young girl that David had just discovered. That’s Joni Mitchell with the guitar, playing her entire first album before it ever came out, with Eric staring in amazement.”

In another shot, from a Halloween party at bassist Lee Sklar’s house, Mitchell is unrecognizable while dressed as a male pimp with a mustache, in full regalia and makeup.

“Finally, since no one recognized who this was,” Diltz said, “Lee walked up and asked, ‘Are you sure you’re at the right party?’ She’d fooled everyone. And she knew everybody there, because they’d all played on her albums!”

Pryor’s self-titled 1968 comedy album featured him near a cave, wearing Aboriginal garb and brandishing a bow and arrows. The final cover shot featured a yellow border a la the magazine National Geographic.

“When the album came out, we got two letters right away,” Diltz said. “One was from the National Geographic lawyers, and the other was from the Grammys, nominating us for cover of the year.” 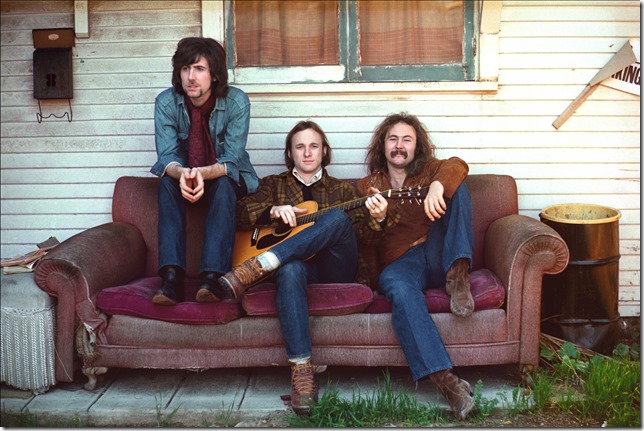 A former professional model, Boyd’s narration may have lacked the personality of Diltz’s during the second hour of the show, but her smaller number of subjects was well-known for exuding that trait. After a five-minute video scroll of her modeling shots, including Vogue magazine covers, Boyd made her entrance.

The native of Taunton, England, was the first wife of friends Harrison (from 1966 to 1977) and Clapton (1979-1988), and much of her segment involved explaining how she was awkwardly being wooed by Clapton as her marriage to Harrison wound down. She was, after all, the inspiration for classic songs by both, including “Something” by Harrison and “Layla” by Clapton.

“I got a part in The Beatles’ film ‘A Hard Day’s Night,’” Boyd said. “It was so much fun. Ringo was hilarious; John was a bit scary, Paul was great fun, and it gave me a chance to talk to George. He asked me, ‘Would you like to have dinner tonight?’ And I said, ‘So sorry, I’m seeing my boyfriend.’ I told my girlfriends, and they all asked, ‘Are you mad?’ A week later, there was a press shoot for the film, and I made a beeline for George. He asked, ‘How’s the boyfriend?’ I said, ‘He’s not a boyfriend anymore,’ and we went out to dinner that night.”

The couple married two years later. Boyd’s photos included portraits ranging from in their English home’s rose garden to the Haight-Ashbury district of San Francisco to an audience with the Maharishi in London with the other Beatles, plus a retreat with all of those parties in India. Boyd also displayed shots that included the group’s manager, Brian Epstein, and explained how a rift developed after Epstein’s death between John Lennon and Paul McCartney about who his replacement would be. 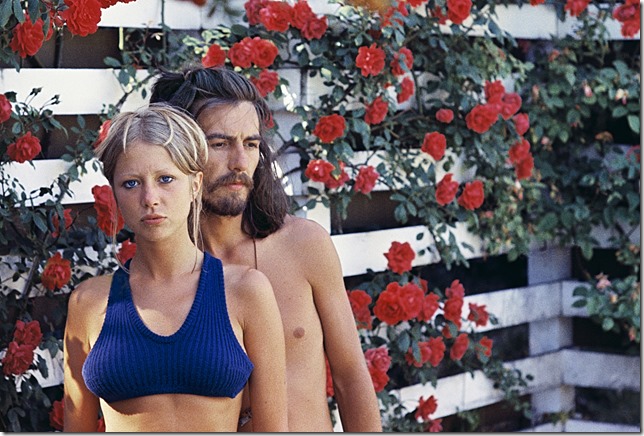 Like Harrison’s, Boyd’s Clapton portraits were split between performance and posed shots. There were also joint photos of Harrison and Clapton together, and even one of Clapton and Boyd in which the guitarist practically looked guilty.

“There were always musicians coming to hang out at our house,” Boyd said, “and one of them, you’ll notice, looks a little seedy. I don’t think he was there to visit George, because he was making a play for me. But things had started going wrong for George and I about nine years into our marriage.”

Things progressed, she explained, when Clapton played her a recording of his opus to her.

“He said he had something for me,” Boyd said. “So I went to his flat in London and he put in a cassette, and played me ‘Layla.’ And it was so beautiful and emotive, and then he told me, ‘That was written for you.’ Which was awkward, because I was still slightly married to George …which means we weren’t quite divorced yet. A few weeks later, Eric phoned me and asked me if I’d like to join him on his tour.”

Considering that Clapton would later write “Wonderful Tonight” for Boyd, her legacy, like Diltz’s, is set in both sight and sound. And “Behind the Lens,” especially for die-hard fans of the Woodstock era, proved a moving vehicle by both principals.

Writer Bill Meredith can be reached at billmrdth@gmail.com.

Film: Playwright August Wilson began his chronicle of the African-American experience throughout the … END_OF_DOCUMENT_TOKEN_TO_BE_REPLACED

Film: Just in time with the opening of movie theaters in Palm Beach County comes the season’s most … END_OF_DOCUMENT_TOKEN_TO_BE_REPLACED

Music: The very last concert Franz Joseph Haydn attended in his life was in March 1808, about a year … END_OF_DOCUMENT_TOKEN_TO_BE_REPLACED