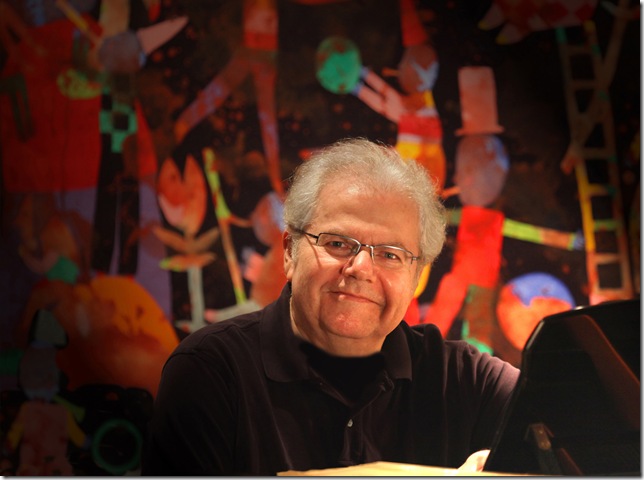 Classical recitals are all too scarce in Broward County. A recital of the caliber of Emanuel Ax’s all-Beethoven program, in Broward Center’s Amaturo Theater on March 22, would be rare anywhere, anytime.

Professionally, the Polish-born pianist, 67 this year, is at the top of his field, and as the present concert demonstrated, he is in top form technically and musically.

It’s possible to complain that a Beethoven program is tame stuff, or that it underestimates the tastes of local audiences. Sadly, however, the recital, originally scheduled for Broward Center’s larger Au-Rene Theater, had to be relocated to the 590-seat Amaturo venue, and even so, there were lots of of empty seats.

That’s too bad, because this was far and away the season’s No. 1 classical music event in Fort Lauderdale: one of today’s supreme musicians playing monuments of the repertory at a level that can be described, without exaggeration, as definitive for our time. It was a special occasion where everything seemed exactly right.

Ax’s selection featured three sonatas — No. 8 in C Minor (Op.13), known as the Pathétique; No. 16 in G Major (Op. 31, No. 1); and No. 23 in F Minor (Op. 57), the so-called Appassionata. Interspersed were two shorter works: Variations on a Theme in F Major (Op. 34), and the Polonaise in C Major (Op.89). All together, the recital was a microcosm of Beethoven’s creative development, from the composer’s origins in the 18th-century style of Haydn and Mozart, to his middle period probing of the boundaries of classical forms, touching on the revolutionary elements that would come to embody his great late works of the 1820s.

The youthful, exuberant Pathétique Sonata (an epithet invented by a publisher, not by Beethoven) takes Mozartean “storm and stress” to a new level, and Ax brought out the drama without exaggeration or overstatement. The sturdy opening minor triad was followed by an answering phrase that set the mood. The interplay between treble and bass in the Allegro (what a strong left hand!) suggested an intimate discussion over an important issue.

One of this pianist’s noteworthy qualities is his ability to make everything he plays seem natural, as if he were composing the music as he goes along. He has a formidable technique – not only amazing digital accuracy, even-voiced scales and passagework, but also a tonal spectrum that can evoke the color of any orchestral instrument.

Older music lovers will associate the Pathétique’s serene Adagio with the longtime NPR music appreciation radio series, Adventures in Good Music. Ax showed us that this is no mere theme music, however; that it mustn’t be taken for granted, that there are always new things to be heard in its harmonies and flow.

Beethoven was not known for his sense of humor, but the three works that followed each showed something of his lighter side. The Op. 34 Variations are based on an original theme, each variation a kind of bagatelle conveying a different mood, to which Ax’s renditions gave sharp definition.

The Sonata in G Major is a particular gem, its musical humor genuinely clever and convincing, and this segment was wholly captivating. The sonata’s first movement is based on the right hand slightly anticipating the downbeat of the left hand, parodying a student pianist who cannot coordinate his two hands. Ax attacked this premise with relish, his off-kilter precision intricate and right on the mark.

The slow movement is a sublime parody of a bel canto opera aria, with long-breathed lines and delicate chromatic cadenzas beyond the reach of any live prima donna. Ax, miraculously, gave the impression that his keyboard was a vocalist freed of human limitations, spinning the lines with superb legato, delivering the seemingly endless fioritura with exactitude and braggadocio. Capping the extended joke, the pianist made us feel that the concluding rondo-finale restored order in a tumultuous world.

Beethoven’s Polonaise in C, which anticipated Chopin’s better-known efforts in the form by two decades, was multi-hued and rhythmically majestic under Ax’s fleet fingers. In this context, it served as an introduction to the stern, massive Appassionata Sonata, a pianistic counterpart to Beethoven’s Eroica Symphony, composed around the same time.

The Appassionata is one of Beethoven’s biggest works, and the soloist adjusted his pianistic palette to the occasion. He began with a pianissimo that seemed to rise out of nothingness and grew imperceptibly into a roaring tempest — then, back again to a quietude that burst into another torrent. Ax subtly formed the sublime Andante as an unrestful parallel to the slow movement of the Pathétique, the variations building in emotional turmoil, erupting into the finale section’s immense deluge of sound.

For his single encore, Ax relaxed the atmosphere, with an exquisitely calming and elegant delivery of a lovely Chopin nocturne.

Film: Playwright August Wilson began his chronicle of the African-American experience throughout the … END_OF_DOCUMENT_TOKEN_TO_BE_REPLACED

Film: Just in time with the opening of movie theaters in Palm Beach County comes the season’s most … END_OF_DOCUMENT_TOKEN_TO_BE_REPLACED

Music: The very last concert Franz Joseph Haydn attended in his life was in March 1808, about a year … END_OF_DOCUMENT_TOKEN_TO_BE_REPLACED