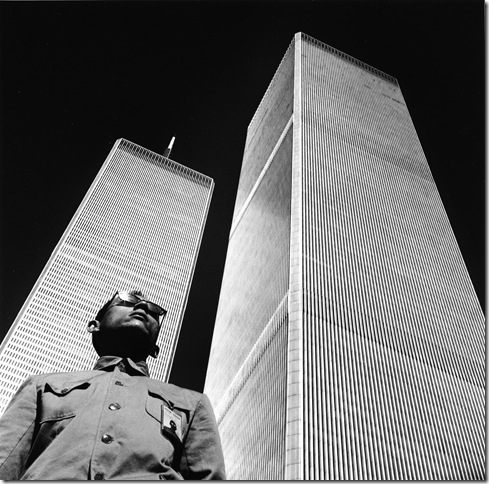 Businesswoman, philanthropist and Norton supporter Beth Rudin DeWoody has so much incredible art in her collection the Norton has curated a second show from it.

The first exhibit was 2015’s The Triumph of Love, which featured witty sculpture and drawings and even a decked-out disco Airstream trailer parked outside.

The new show is Still/Moving: Photographs and Video Art from the DeWoody Collection, on view now through May 15 and composed of more than 200 works from her collection of photography- and video- based art of 3,000 works. This is only part of a wide-ranging contemporary art collection of more than an estimated 10,000 total works she has thoughtfully gathered since the 1970s.

“She has so much work and much of it is in storage. So I was pulling items from the collection she had not seen in a while and some she had forgotten she even had,” curator Tim Wride said.

That’s a pretty incredible statement, as some of the images are the most famous photos in American art history of icons Marilyn Monroe, Andy Warhol, Picasso and Jackson Pollock. 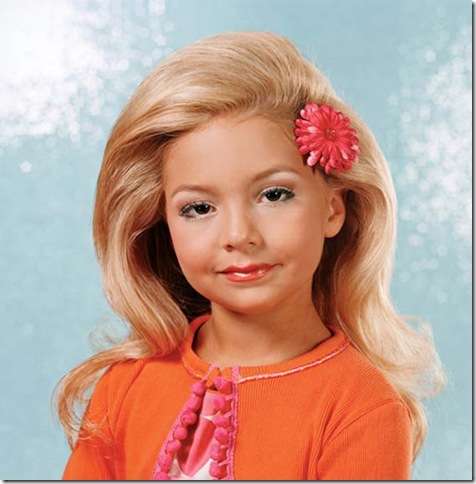 “The challenge here was to find the clear threads of the collection,” said Wride. “It was also important to me to define who Beth is as a collector, and as a New Yorker. She is very into fashion, contemporary art, and has a very classic eye, which is fun to play off against some of her more quirky pieces. She’s a real risk-taker in what she collects, she likes to pair the known with the unknown by being fearless and democratic. She has the ability to place art into context as she has lived it and collected it since the 1960s.”

In this exhibit, works from the late 19th century share wall space with those from the 21st. Early 20th-century fashion and celebrity photography, which have formed the basis for much of the most inventive ideas of portraiture and narrative, are an important part of the collection. 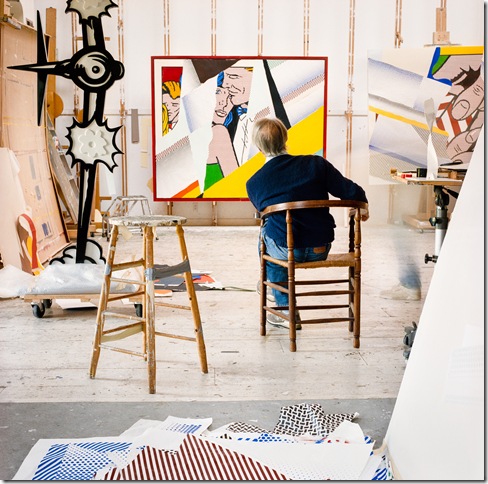 Roy With Reflections on the Prom (1990), by Laurie Lambrecht.

Works that straddle the worlds of architecture and conceptual art are evident in images by German husband-and-wife team Bernd and Hilla Becher as well as in the groundbreaking photography book, Every Building on the Sunset Strip, by West Coast artist Ed Ruscha. The Ruscha book was a real head-scratching stunner when it was printed in 1966. In the ’60s, the Strip — a commercial stretch of Sunset Boulevard in West Hollywood — was the place to hang out in L.A. Ruscha saw The Doors play at the Whiskey a Go Go and he dug the street’s flamboyant signage.

“It just had a wavy, windy sort of look to it that I liked,” Ruscha said in an interview with NPR. “And I just said, ‘Well, I’ll start here.’”

What he started was a reinvention of the artist book. Published in 1966, Every Building on the Sunset Strip is an accordion pamphlet consisting of a 25-foot-long panorama of the entire two-mile Strip. Reading it feels like cruising Sunset in third gear. The Norton has built a custom case — 27 feet long — to house the book unfolded in its full glory. That drew a wolf whistle from artist/curator Bruce Helander at the preview tour who exclaimed there are only a few of these left in existence. 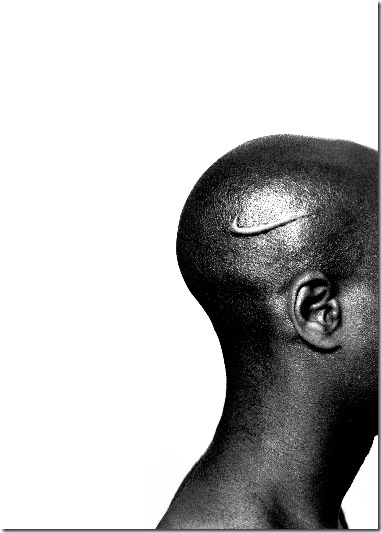 The collection also includes many smashing portraits and self-portraits by photographers, including British fashion photographer Cecil Beaton pictured with elaborate backdrops and props, a sly smile on his face; New York self-portrait darling Cindy Sherman, who has some extremely early work here from 1977 when she had not quite developed her signature style; and Chinese conceptual artist Tseng Kwong Chi, whose soaring self-portraits in Manhattan have been shown widely.

DeWoody’s tastes also include classic imagery from photographer Irving Penn — a great grouping of work including Penn’s portraits of the Duchess of Windsor and Truman Capote. 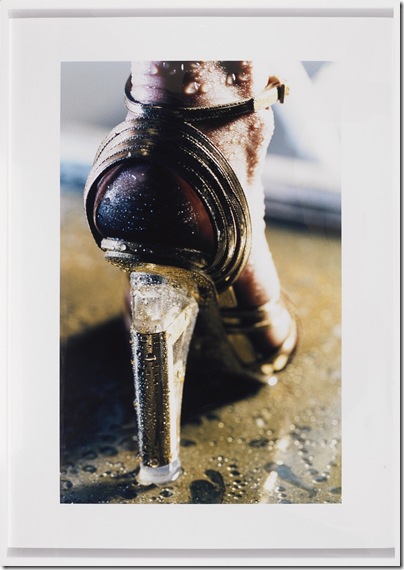 The artists to whom DeWoody is drawn are those who take the greatest visual and intellectual risks; their art, in turn, demands a commensurate amount of risk from the viewer. Wride has made some smart groupings here, with early black-and-white fashion images leading into bolder color work from various eras. A personal favorite is the acrylic-and-gold-strapped stiletto shoe with a dirty heeled foot by Marilyn Minter, a wicked cool image of female sexuality and contrast.

The work is presented and framed in differing ways, as some of it was already matted and framed and some was not. The eclectic presentation includes some video works with audio that can be accessed from either the hanging headphones or through Bluetooth on an iPhone.
Videos are scattered throughout the museum itself, positioned thematically to make sense in their surroundings. One video, of a singing cartoon fish, is amusingly hung in the glass-enclosed room facing the front of the museum with a waterfall behind it outside and the beautiful undersea glass creatures by Dale Chihuly hanging above it. Another large video of flickering movie images dominates the atrium.

Film: Playwright August Wilson began his chronicle of the African-American experience throughout the … END_OF_DOCUMENT_TOKEN_TO_BE_REPLACED

Film: Just in time with the opening of movie theaters in Palm Beach County comes the season’s most … END_OF_DOCUMENT_TOKEN_TO_BE_REPLACED

Music: The very last concert Franz Joseph Haydn attended in his life was in March 1808, about a year … END_OF_DOCUMENT_TOKEN_TO_BE_REPLACED