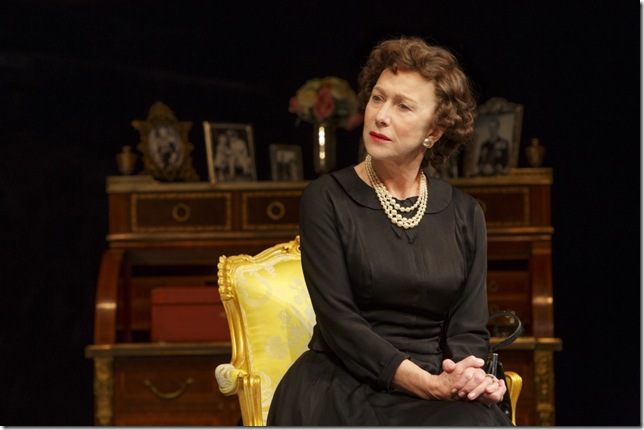 New York is not a very good city for shopping malls, but I learned Thursday that it has a couple of first-rate upscale food courts. Next time you’re here, check out Chelsea Market (9th Avenue, between 15th and 16th St.), full of gourmet food shops, like Lobster Place, which sells great looking seafood and — I can report from first-hand knowledge — first-rate sushi.

If that doesn’t satisfy you, head to Eataly (23rd St. at 5th Ave.), a series of shops, stalls and restaurants selling all things Italian, from pasta to pizza to wines to gelato.

Too bad neither place is near the theater district.

Thursday afternoon I met and interviewed Charles Randolph-Wright, who directed Motown, the Musical, which is headed to the Kravis Center next season. The show, which tells the story of Berry Gordy and the empire he built at Motown Records, did not get good reviews, but it had a built-in audience that didn’t care, so it ran a year and a half. Randolph-Wright spoke about the show with such passion he convinced me that maybe it is a better musical than I first thought it was.

In the evening, I saw the great Dame Helen Mirren reprising her Oscar-winning turn as Queen Elizabeth II in a new Peter Morgan play called The Audience, about the British monarch’s weekly meetings with the various prime ministers throughout her 60-plus-year reign. It gives her an even showier role than in the movie The Queen, as she keeps changing costumes, wigs, stances, ages and attitudes over time in encounters with government heads from Winston Churchill to David Cameron, but not in chronological order.

Mirren is masterful and the rest of the sizeable cast is also flawless, particularly Richard McCabe as Harold Wilson, the Labour Party P.M. in the ’60s and ’70s who began showing symptoms of Alzheimer’s while in office. The play is full of tasty tidbits about recent British politics, but I was left with the gnawing feeling that it did not add up to a fully satisfying meal.

Still, Mirren is worth seeing regardless of the vehicle she is in, and expect her to win the Tony Award for best actress in a play. She has done wonders for humanizing Queen Elizabeth and Elizabeth has provided her with two towering roles. A fair trade-off.

Next up: A new, original sitcom-ish musical about a combative wedding, It Shoulda Been You.

Film: Playwright August Wilson began his chronicle of the African-American experience throughout the … END_OF_DOCUMENT_TOKEN_TO_BE_REPLACED

Film: Just in time with the opening of movie theaters in Palm Beach County comes the season’s most … END_OF_DOCUMENT_TOKEN_TO_BE_REPLACED

Music: The very last concert Franz Joseph Haydn attended in his life was in March 1808, about a year … END_OF_DOCUMENT_TOKEN_TO_BE_REPLACED