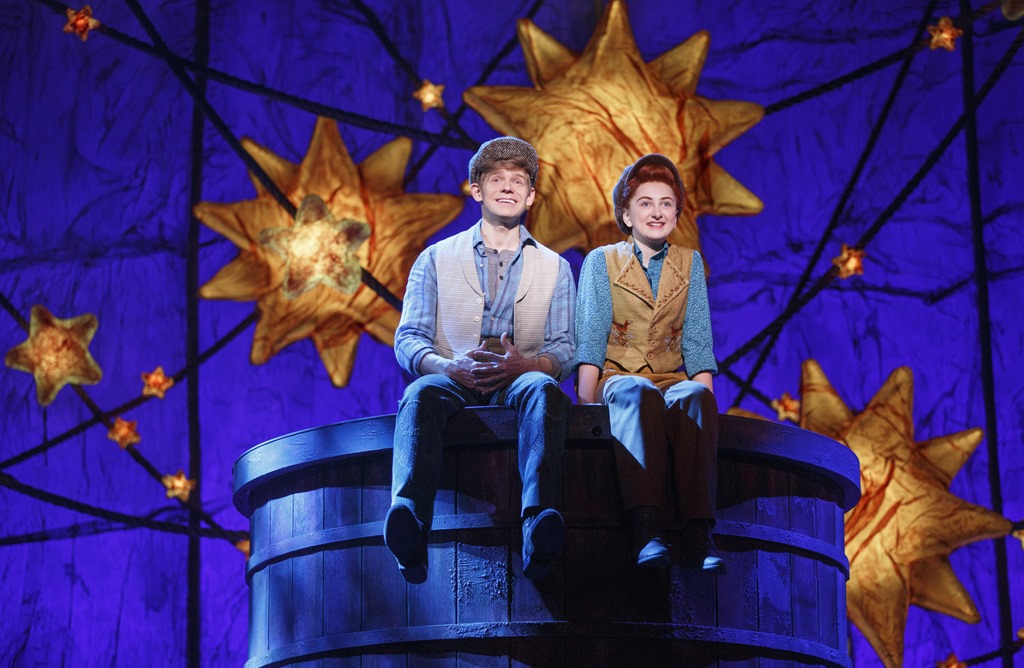 Before tonight’s show, a new musical called Tuck Everlasting, I caught a little culture at the Museum of the City of New York. In addition to an artifact-rich exhibit on the Yiddish Theater and its influences on Broadway, the 5th Avenue treasure trove is currently featuring a retrospective of the New Yorker cartoonist Roz Chast, whose biographical drawings are loaded with urban and ethnic angst and humor. Well worth a visit.

All Broadway musicals presumably want to live forever, but few address that yearning as directly as Tuck Everlasting, based on Natalie Babbitt’s 1975 children’s novel that was captured on film by Disney in 2002. LikeBright Star, there is plenty of craft in this stage adaptation, but it seems highly unlikely that immortality is in its future. Squarely aimed at the family market, it never fully delivers on the heart tug it so badly wants to instill.

Nevertheless, it does introduce a talented new composer lyricist team to Broadway in Chris Miller and Nathan Tysen, has a juicy, scenery-chewing villain role for Terrence Mann and showcases a remarkable 11-year-old actress, Sarah Charles Lewis, in the central role of forlorn, mischievous and curious Winnie Foster.

Early on, Winnie comes upon the Tuck family, four folks who are blessed or cursed with immortality, thanks to a magical stream in the woods near Winnie’s home. Of course she is attracted to the notion of living forever, but young Jesse Tuck (Andrew Keenan-Bolger), who looks 17 but is really 102, explains the drawbacks of fooling Mother Nature.

The show is directed and choreographed by the resourceful Casey Nicholaw — his fourth show currently running on Broadway after The Book of Mormon, Aladdin and Something Rotten. Here he saves the best for last, a finale story ballet sequence that illustrates, as another Disney film puts it, “the circle of life.” Still, much of the show is too obvious by half. While the sum is pleasant enough, this is another new musical that it destined to be a forgotten also-ran next to Hamilton.

(That opinion is based, of course, on not having seen Hamilton. DId I mention that I couldn’t get tickets to it?)

Film: Playwright August Wilson began his chronicle of the African-American experience throughout the … END_OF_DOCUMENT_TOKEN_TO_BE_REPLACED

Film: Just in time with the opening of movie theaters in Palm Beach County comes the season’s most … END_OF_DOCUMENT_TOKEN_TO_BE_REPLACED

Music: The very last concert Franz Joseph Haydn attended in his life was in March 1808, about a year … END_OF_DOCUMENT_TOKEN_TO_BE_REPLACED