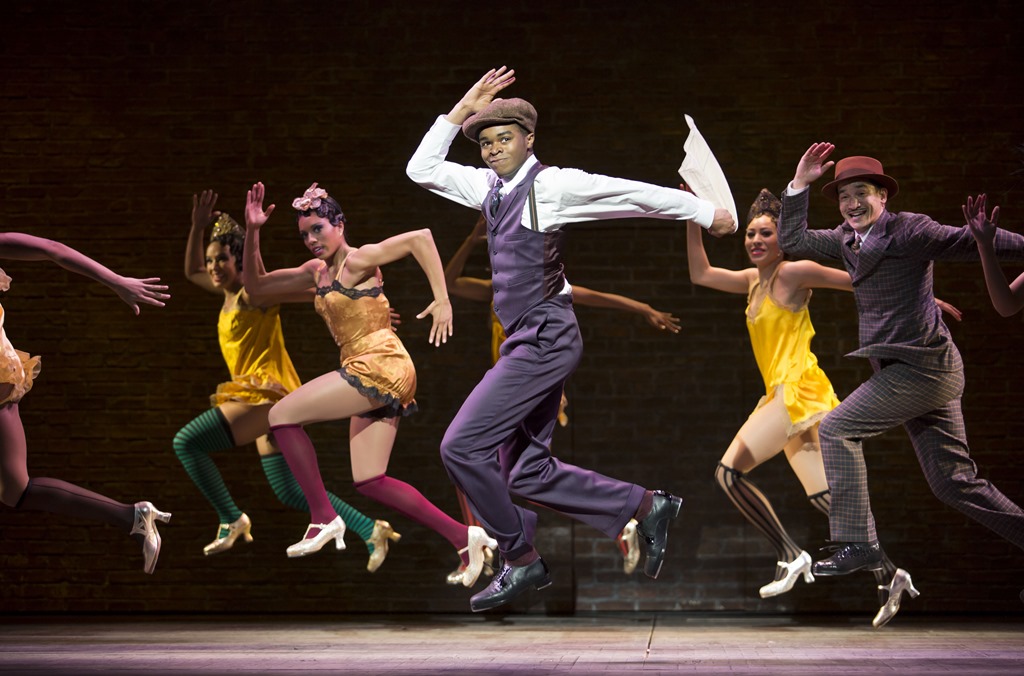 The cast of Shuffle Along performs “Broadway Blues.” (Photo by Julieta Cervantes)

My New York trip is starting to wind down. Saturday, was my last two-show day, beginning with the dramatic immersion into the world of dementia, The Father, by French playwright Florian Zeller. In the evening I saw a new musical based on a 1921 show called Shuffle Along. But this was no mere revival (as the Tony Awards rules committee noted this week), as its subtitle, “or The Making of the Musical Sensation of 1921 and All That Followed,” accurately indicates.

As more and more people live longer and suffer dementia as a consequence, the heartbreak of that mentally crippling medical condition is bound to show up in the theater with greater frequency. It is a secondary theme in The Humans, but it takes center stage in Zeller’s The Father, translated by that brilliant wordsmith, Christopher Hampton (Les Liaisons Dangereuses, The Philanthropist).

What sets Zeller’s play apart from other works about dementia is the way he places the audience inside the disintegrating mind of his main character, André. And what sets this Broadway production apart from the crowd is the shattering performance by Frank Langella in the role. The play itself is cleverly written, but it rises far beyond what is on the page because of Langella, whose face registers the character’s frequent bewilderment at where he is and who he is conversing with. The Father will undoubtedly be produced a great deal around the country, but surely never better than by this six-member cast, led by Langella.

For the past month, Internet theater chat rooms have been buzzing with rumors about Shuffle Along and the efforts of its director/book writer George C. Wolfe to whittle it down below three hours and to shape the sprawling second act. You see, the first act recounts the creation of the 95-year-old musical, the first Broadway musical with an all-black cast and creative team. It has a natural upward progression as its writing teams — composer Eubie Blake and lyricist Noble Sissle, as well as sketch writers F.E. MIller and Aubrey Lyles — overcome the financial and racial obstacles in their path.

But the irony of the story is the way these richly celebrated men and their equally hailed cast members failed to build on their initial success, brought down by the critics and by their own personal conflicts. Unfortunately, the need to tell such a story in a reasonable length of time has meant that the second act is sketchy and undramatized, but intriguing nevertheless. And the show has a built-in audience appeal because of its large, hardworking cast, headed by Audra McDonald, Brian Stokes Mitchell, Billy Porter — all Tony Award winners — plus Brandon Victor Dixon and Joshua Henry.

There is a better show lurking within Shuffle Along, which is one draft away from being fully satisfying, but what is happening on the Music Box Theatre stage is fascinating enough.

Film: Playwright August Wilson began his chronicle of the African-American experience throughout the … END_OF_DOCUMENT_TOKEN_TO_BE_REPLACED

Film: Just in time with the opening of movie theaters in Palm Beach County comes the season’s most … END_OF_DOCUMENT_TOKEN_TO_BE_REPLACED

Music: The very last concert Franz Joseph Haydn attended in his life was in March 1808, about a year … END_OF_DOCUMENT_TOKEN_TO_BE_REPLACED