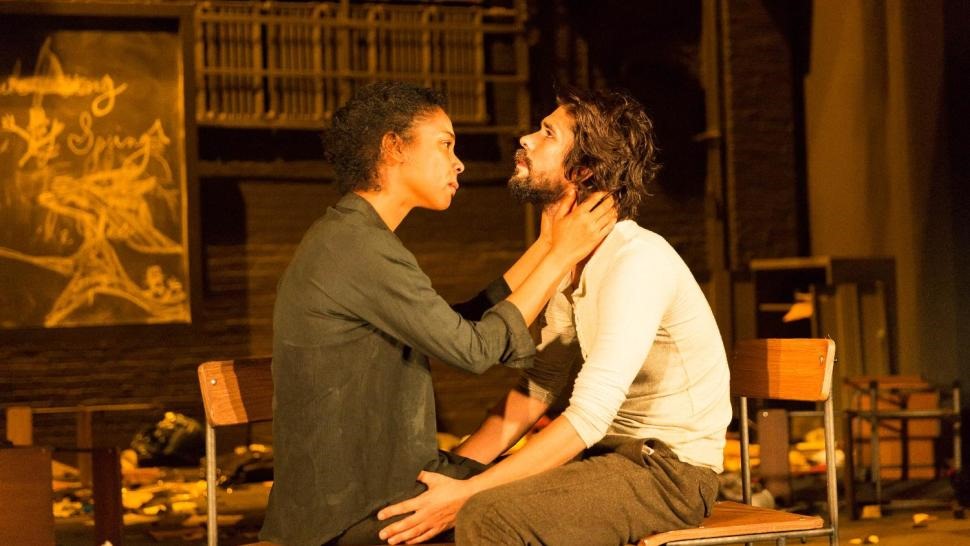 Sophie Okonedo and Ben Whishaw in The Crucible.

And so the week in New York ended with the 12th production, a love-it-or-hate-it revival of Arthur Miller’s historical epic, The Crucible, deconstructed by Dutch director Ivo van Hove.

As you probably recall from studying the 1953 play in high school, Miller’s view of history is two-pronged. On the literal level, he is exploring the communal hysteria surrounding the Salem witch trials of the 17th century, but his metaphorical target is the McCarthy witch hunts of the early 1950s. It is a remarkable and apparently indestructible work, which remains powerful despite — not because of — the contemporary staging by van Hove, set in a schoolroom.

Earlier this year, he imposed a similar template on Miller’s A View from the Bridge, which similarly split audiences. He certainly gets full-blooded performances from Ben Whishaw and Sophie Okonedo as John and Elizabeth Proctor, whose fraying marriage is further jeopardized by the accusations of young temptress Abigail Williams (recent Oscar nominee for Brooklyn, Saoirse Ronan, making her Broadway debut). I was impressed by the histrionic acting by the company, less so by the often counterproductive directorial flourishes.

Tuesday: The suspense is over. No, not the Indiana primaries, but the announcement of this season’s Tony Award nominations.

Film: Playwright August Wilson began his chronicle of the African-American experience throughout the … END_OF_DOCUMENT_TOKEN_TO_BE_REPLACED

Film: Just in time with the opening of movie theaters in Palm Beach County comes the season’s most … END_OF_DOCUMENT_TOKEN_TO_BE_REPLACED

Music: The very last concert Franz Joseph Haydn attended in his life was in March 1808, about a year … END_OF_DOCUMENT_TOKEN_TO_BE_REPLACED