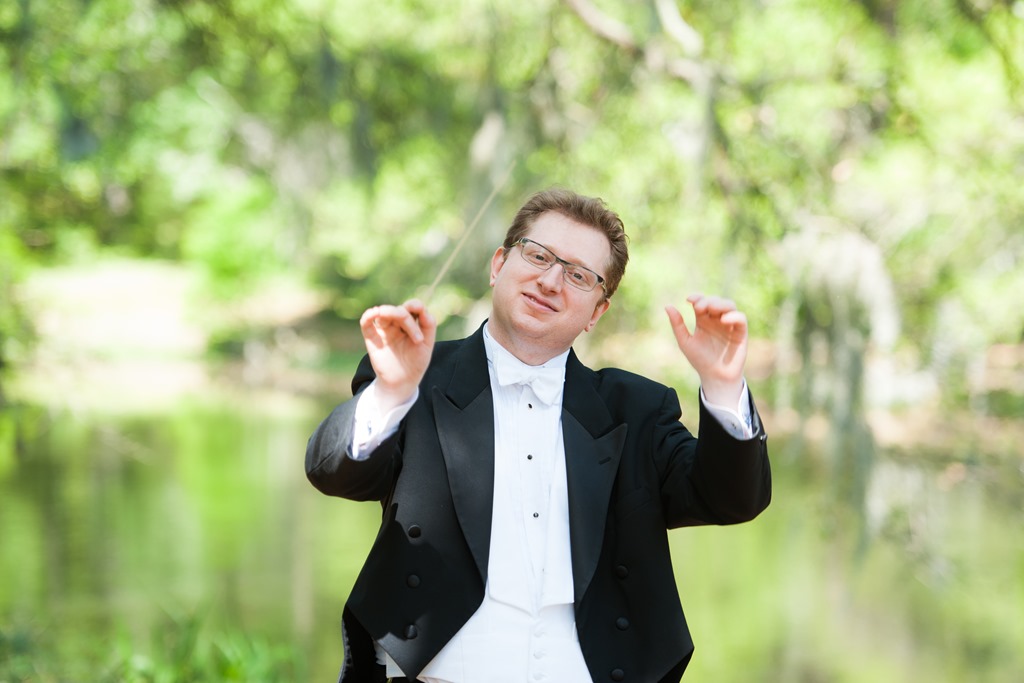 MIAMI SHORES — It takes some serious ambition to open your first concert with a Mahler symphony, but that’s exactly what the students in the current Miami Music Festival did Saturday night.

The orchestral program of the 3-year-old festival, which is presenting opera, chamber music and symphonic literature through July 31 at several Miami-area venues, made its official summer debut with the Austrian composer’s Sixth Symphony, played by no fewer than 104 people stuffed onto the stage of the Broad Performing Arts Center on the campus of Barry University.

It was a performance that was equal parts hugely impressive and frustrating, because the things that were unsuccessful about this reading of the Mahler Sixth were primarily things that would have worked themselves out with another week of practice and rehearsal. It was a performance, in other words, that was quite rough around the edges but showed a tremendous amount of talent and ability nevertheless.

The young musicians of the festival orchestra were led by the Belarus-born conductor Yuriy Bekker, a conductor well-regarded for his work in Charleston, S.C., with that city’s orchestra and with its Spoleto Festival. Bekker has been involved with the festival since it was founded in 2013, and as founder Michael Rossi noted in brief remarks to the large audience Saturday night, it was Bekker who was at the helm when the festival’s first orchestra made its inaugural appearance.

Bekker led the symphony with a firm hand, and he got a good response from his ensemble. But perhaps because the symphony only just came together, there was not much attention paid to details, in particular the wide contrast between the bigness of the full orchestra sections and the delicacy and otherworldliness of the chamber music passages. It’s hard to make the piece work all that well without that strong contrast, and there was too little of it here.

And there were other problems, in particular brass intonation. It wasn’t until its appearance much later in the piece that the A major-A minor chord sequence, so simple and elemental but so important, was properly in tune, which needless to say kind of makes the difference between the two chords harder to hear, basic as they are.

The orchestra’s giant string section was quite good overall, particularly the concertmistress, whose solos were smartly done. But they surely would have played much more smoothly with more practice. There was much good playing in the woodwind section, too, especially in the oboes, but ensemble work was also not quite settled and needed some more work.

Bekker chose Mahler’s original sequence for the four movements, with the slow movement in second place, which provides relief from the too-similar feel of the scherzo, but which also then requires a large arc for the third and fourth movements that build to the last pages before they peter out in silence. Here again, more structural planning would have helped get the message of the symphony across.

With all that said, it was still an exciting night at the symphony. At its best, the first movement had a tense, springy energy that gave the first moments of the work real excitement. The Andante sounded rich and warm, especially with the large string complement. The scherzo also had an admirable forward energy, but could have used stronger contrast in the “old-fashioned” embedded trio, and while the finale had sweep and power, it also had bad intonation in the early, soft brass-and-winds chorale.

This was a student reading of a massively difficult work by a group of young people who have only just met, and for sheer chutzpah in putting it on, the Miami Music Festival deserves a thumbs-up. Maybe next year some more rehearsal time can be added in for better results, but concertgoers should hear some improvement this weekend with Strauss and Wagner, for which this Mahler symphony provides good preparation.

The Miami Music Festival presents the debut of its Wagner Institute on Saturday night with a concert at the New World Center in Miami Beach featuring soprano Christine Goerke and baritone Alan Held. The program include scenes 1 and 2 of the third act of Die Walküre; five selections from Wagner operas includingTannhaüser, Das Rheingold, Die Walküre and Tristan und Isolde, and the Der Rosenkavalier Suite by Richard Strauss. The concert begins at 7:30 p.m. Visit miamimusicfestival.com for more details.

Film: Playwright August Wilson began his chronicle of the African-American experience throughout the … END_OF_DOCUMENT_TOKEN_TO_BE_REPLACED

Film: Just in time with the opening of movie theaters in Palm Beach County comes the season’s most … END_OF_DOCUMENT_TOKEN_TO_BE_REPLACED

Music: The very last concert Franz Joseph Haydn attended in his life was in March 1808, about a year … END_OF_DOCUMENT_TOKEN_TO_BE_REPLACED