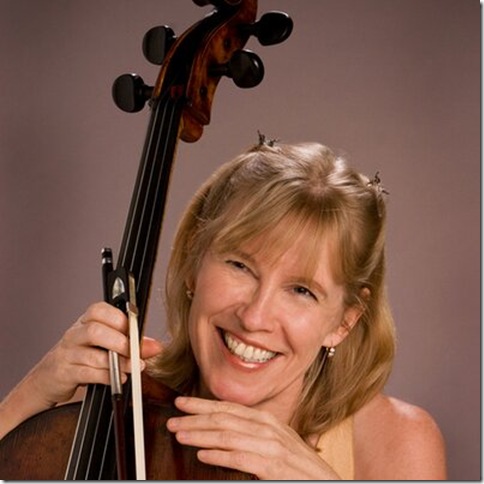 Cellist Iris van Eck is one of South Florida’s busiest and most productive classical musicians. Her activities include running the splendid Chameleon chamber music series, which she founded in 2003; playing in Symphony of the Americas, where she is principal cellist; teaching and much more.

On Chameleon’s Jan. 24 concert, the Dutch-born artist had her own moment in the limelight: With pianist Kemal Gekic, she offered a splendid program of seldom-aired works for cello and keyboard by French composers from the Baroque to the Romantic era.

Chameleon’s Sunday afternoon series in Fort Lauderdale’s Josephine S. Leiser Opera Center has an easy informality that captures well the spirit of chamber music. In the small room on the second floor, the viewer can see as well as hear the interplay between performers; in the present event, they seemed to seethe with the love of music and their joy in making music together.

The most engaging work on the program was the Cello Sonata in C minor (Op.6, No. 2) by George Onslow (1784-1853), a composer very popular and prolific in his lifetime, known as “the French Beethoven,” yet quickly forgotten afterward. He is just now coming back into his own — there was a George Onslow Festival in Venice last year — and on the basis of this individualistic and well-crafted sonata, deservedly so.

Onslow was born French because of a scandal. His British father, the son of an earl and member of Parliament, was caught propositioning a male guest, forced to resign his seat and flee to France. He married a French woman, and George was their first son. Like Beethoven, George Onslow bridged the Classical and early Romantic styles, though Onslow’s work leans a bit more toward the newer mold. His epithet might more accurately have been the French Schubert or Mendelssohn.

The C minor sonata begins with a stormy Allegro movement — lots of drama in both instruments at the start, balanced by rippling keyboard patterns. One of the work’s modernities for its time is the equality between the instruments, a quality reflected in the excellent performance. Van Eck has a warm, resonant, tone, which easily penetrated the piano’s chordal thunder.

Gekic took some time to settle in, fudging some intricate passagework early on, subsequently settling into a full and worthy partnership with the stringed instrument. A highlight was the Minuet, more like a scherzo, actually, with a middle section marked by good-humored pizzicati, rendered by Van Eck with piquancy and grace. The Adagio was intense and highly expressive, leading into an outburst of joy in the lively finale.

Eduard Lalo’s Cello Sonata in A Minor, composed in 1856, is a more ambitious work: weightier, densely scored and self-consciously aspiring to grandeur and profundity. In some places the composer succeeded; elsewhere, the music bogs down in its own gravity. This work makes its demands on performers and listeners alike. The keyboard part is often almost orchestral, foreshadowing the concerto for cello that Lalo was to write two decades later.

Gekic scaled Lalo’s pianistic hurdles valiantly. If at times he allowed himself to be a subordinate rather than a partner to Van Eck, it may have been due to the instrument itself — a modest Howard piano that does not have the coloristic possibilities of a full-fledged concert grand.

For her part, the cellist was totally undaunted by the work’s challenges. She made a persuasive case for this thorny score — made it sound easy, as well — digging into the sprawling melodies with volume and never-failing beauty of tone. She conveyed the hymn-like quality of the Andante movement with commanding solemnity and self-possession, then took over the closing Allegro movement in a collaboration with Gekic that brought the sonata’s disparate elements to a rousing and satisfying fulfillment.

Francois Couperin’s Pieces de Concert, which opened the program, allowed the artists to warm up, though these Baroque morsels don’t quite come off on a modern cello and piano. Still, the percussive “Gay Trumpet” imitations were fun, and the concluding “Devils Air” had an alluring momentum and drive.

Two brief works by Gabriel Fauré turned out to be minor gems of the afternoon: the Elegie, a thoughtful amuse-bouche that separated the two longer works on the first half, and his lovely Pavane, which served as an appealing and highly merited encore.

Film: Playwright August Wilson began his chronicle of the African-American experience throughout the … END_OF_DOCUMENT_TOKEN_TO_BE_REPLACED

Film: Just in time with the opening of movie theaters in Palm Beach County comes the season’s most … END_OF_DOCUMENT_TOKEN_TO_BE_REPLACED

Music: The very last concert Franz Joseph Haydn attended in his life was in March 1808, about a year … END_OF_DOCUMENT_TOKEN_TO_BE_REPLACED