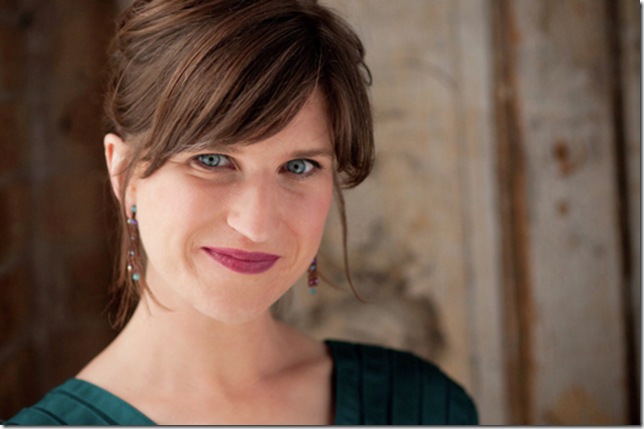 In its concert Saturday night of Gregorian chant and music associated with it, Seraphic Fire decked out Fort Lauderdale’s All Saints Episcopal Church with all the candlepower typical of a Catholic high Mass.

That was entirely appropriate, because if you’re going to sing the music of Ritual, you might as well include the scenic ambience. And in this beautifully sung concert, it had a way of bringing home the rich history of this music in a way that seemed fully alive rather than a quaint relic of the past.

Founder and director Patrick Dupré Quigley constructed this concert for his Miami-based professional choir in the sequence of Palm Sunday and Holy Week, which increased the religious feeling of the evening, though not to the point of overdoing it. He did that by leading very passionate readings of the chants, singing a number of them himself, cuing in the response.

He also separated the chant with a number of pieces from the 15th through the 17th centuries — Tomas Luis de Victoria and Gregorio Allegri (Miserere) in particular — and two 20th-century French works, a motet by Francis Poulenc and Maurice Duruflé’s Ubi caritas, perhaps his best-known composition other than his Requiem.

As is his normal practice, Quigley used the whole church for the concert, putting smaller sections of the choir in the choir loft at the back for some selections, moving his singers around on the altar in different formations, and having a soloist walk from back to front holding a candle and intoning “Lumen Christi”: the light of Christ.

The concert was divided into five sections, uninterrupted by applause or commentary, because Quigley was trying to bring his audience to a feeling of the mysticism this millennium-old music must have given its ancient listeners before modernity and the Industrial Revolution changed the timbre of churchgoing forever. Looking around me, I could see any number of people with closed eyes and bowed heads, fully willing to enter into the spirit of things.

And the singers brought a good deal of intensity to their work, none more so than Quigley himself in the Ecce lignum crucis, which rose in key in its threefold repetition as he sang the verse; he has a strong, somewhat reedy tenor that works well when used in this fervently devotional way. He made a point, too, of having the chant sung by all his singers — men and women — noting in his remarks before the music began that Chant, the surprise pop classical recording of 1994 featuring the Benedictine monks of Santo Domingo de Silos in Spain, tends to mislead people about chant, notably that it was sung only by men.

But this was an evening of chant robustly and vigorously sung, its archaisms vivid rather than remote, and suggestive of the immense body of music that lay implicit in its long lines, moments of melodic repose and implications of harmonic motion. Some 13 other works were sung between the chants, beginning with eight singers in the loft tackling Palestrina’s Pueri Hebraeorum, a beautiful motet for Palm Sunday. The music was sung at a brisk clip, and the ensemble was slightly wobbly; those streams of melody flowing in and out of the various voices are notoriously hard to bring off.

The two 20th-century pieces, Poulenc’s “O, mes très chers frères,” from his Four Little Prayers of St. Francis of Assisi, and the Duruflé Ubi caritas worked wonderfully well with the chant around it, demonstrating that these two composers, who were devout Catholics, were fully steeped in the liturgical tradition (Duruflé, indeed, was a leader of chant revival early in the 20th century). Seraphic Fire sang them with tenderness and serenity, without losing the overall sense of quasi-ecstatic drive that distinguished the whole concert.

The centerpiece of the evening was the Miserere of Gregorio Allegri, famously protected from intellectual theft by the Vatican for centuries. As with many of the longer chants, Quigley cut the work roughly in half, but leaving plenty of drama behind. The Allegri is scored in call-and-response style, and has a built-in Olympics-style challenge in it for the responsory choir: A high C as the peak of the answering phrases, which track the traditional Requiem text.

This answering phrase was sung five times by a quartet in the loft, and soprano Jessica Petrus nailed the Cs each time, as you could tell by the strength and roundness of the Gs before it. Each successful rise into the soprano empyrean gave the music a profound sense of spiritual liftoff, no doubt what Allegri had in mind and what the Church found so useful.

This was a challenging concert to hear if you were unfamiliar with plainsong, but you couldn’t have missed how impressively the singers brought this hypnotic music of faith to the living present. If it was a concert that would have pleased the ghost of Pius IX, it also was a concert that showed how well scholarship and first-class musical performance can illumine the past and help us understand it, while at the same time providing a very contemporary listening experience.

Seraphic Fire is joined for its next performance by The Sebastians period orchestra of New York for a performance of the Lord Nelson Mass and the Farewell Symphony of Franz Joseph Haydn. Performances are set for Feb. 13-15 in Miami Shores, Fort Lauderdale and Cutler Ridge. Call 305-285-9060 or visit www.seraphicfire.org for more information.

Film: Just in time with the opening of movie theaters in Palm Beach County comes the season’s most … END_OF_DOCUMENT_TOKEN_TO_BE_REPLACED

Music: The very last concert Franz Joseph Haydn attended in his life was in March 1808, about a year … END_OF_DOCUMENT_TOKEN_TO_BE_REPLACED