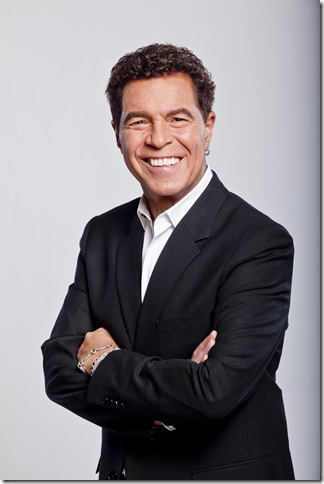 “The audience went crazy. We got a high volume of letters requesting him back,” says David Quilleon, executive director of the Pops.

This season, the Pops celebrates its 20th anniversary, having given its first concert in 1992 at the old Palm Beach Auditorium under its founder and current director, Bob Lappin. And Friday, they’re bringing back Holmes, who’s debuting a new show that will play daily through Thursday.

“This is our third collaboration with Clint. Our maestro, Bob Lappin, saw him perform in Las Vegas and was smitten. He is an audience favorite, very versatile, passionate and eclectic,” Quilleon said.

Later this year, the Pops will offer tributes to Louis Armstrong and George and Ira Gershwin. In March, Lea Salonga, best-known for her work in Miss Saigon, and David Burnham, best-known for Wicked, will appear with the orchestra in The Magic of Broadway.

The orchestra is looking forward to “the next 100 years,” Quilleon said.

“We are proud of our legacy in the Palm Beach community, and proud of our commitment to the American Songbook. We coaxed Lena Horne out of retirement; we’ve had Kenny Rogers, Frank Sinatra, Jr., and Vic Damone all perform with us,” he said.

Holmes’ new show, called Inspired, is a musical journey through the American Songbook and pays homage to artists such as Nat King Cole, Bobby Darin, Marvin Gaye, Sinatra, Ella Fitzgerald, Michael Jackson and Horne, all of whom have inspired Holmes. 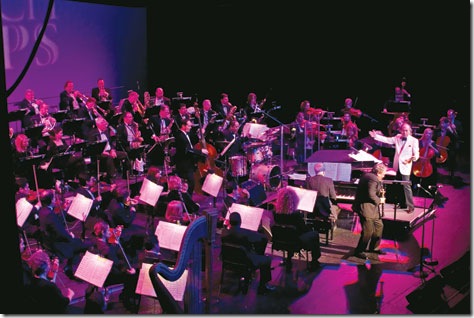 Holmes comes from a musical family; his father was an African-American jazz musician and his mother was a classically trained opera singer from Great Britain. “My mom taught me how to sing correctly, and my dad taught me how to enjoy it,” quips Holmes.

Holmes lives in Las Vegas with his wife of five years, Kelly Clinton-Holmes, also a Vegas entertainer, and three grown children: Brent, 30, and twins Brittany and Cooper, both 28. Palm Beach ArtsPaper talked to him this week by phone after he had just finished a rousing game of singles tennis.

PBAP: How did the idea for Inspired come about?

Clint Holmes: The show is about everyone who inspired me. Well, first of all my mom and dad. They were both singers so they supported my sister (the singer and actress Gail Steele) and I. I’ve been inspired by music and performance since I was 9 years old. I loved Sammy Davis, Marvin Gaye, Bobby Darrin, Harry Belafonte, Frank Sinatra, Lena Horne, Michael Jackson, Bill Cosby and Joni Mitchell – they were my heroes.

Probably more than anyone else, Bill Cosby was my mentor, teacher and supporter, along with Sammy, Harry and Joan Rivers. These were the people I emulated and who were influential in my career. Bill Cosby and I worked together for years. I was his opening act. Then in 1986 when Joan Rivers had her TV show, I was her Ed McMahon.

Currently, I work with Larry Moss, one of the foremost acting coaches. He coaches Hilary Swank, Helen Hunt and Leonardo DiCaprio. I’ve learned more from Larry in the past five years than I’ve learned from anybody. Being on stage, being an actor and artist, bringing yourself to every performance, analyzing the songs and the lyrics – are all crucial. I consider myself an actor. If you want to live the music – as Frank Sinatra said, it was never him singing, it was always the character.

PBAP: What are your expectations for the show?

CH: Eventually I hope to add a multimedia video element to the show, à la Sondheim on Sondheim and bring the show to Broadway, off-Broadway or to London’s West End. It’s the hardest thing in the world to get a musical from ‘page to stage.” West Side Story took seven years and those guys were geniuses. It takes a lot of money, a lot of time, a lot of investment in energy. So, we’re working on it.

PBAP: How would you characterize your style?

PBAP: What would you say is your biggest achievement to date?

CH: My success in Las Vegas. From 2000 to 2006, I had a 6.5 year-run at Harrah’s. I was the first African-American to have a theatre named after him in Las Vegas (the Clint Holmes Theatre in Harrah’s Casino) and I won a number of awards.

PBAP: If you were not performing, what do you think you would you be doing?

CH: If I wasn’t on stage, I’d be writing music – my second love. I do it for my plays and my shows. Or, I’d be a chef because I love to cook.

PBAP: What quality do you value most in yourself?

PBAP: What makes you happiest?

CH: Being on stage. Singing. Fortunately, I’m in a wonderful relationship with Kelly, so that makes me very happy on a daily basis. I get great joy from that. I find joy in a lot of things: tennis, my kids, but if you have to say one thing, it’s being on stage, performing.

PBAP: Are you driven, and if so, what drives you?

CH: Yes. Totally driven. I’m driven by the need to grow and the need to learn and grow as an artist. And one of the wonderful things about being an onstage artist is that you get immediate gratification. If I’m working on something, I get to go out and do it, and get immediate feedback from the audience.

PBAP: How do you relax?

CH: Tennis is my chief avocation. Kelly and I went to the Bahamas for a week to relax. But, even if I go on vacation, I prefer to go to Paris, London or New Orleans. Also, Kelly and I love to go to the movies and we have our guilty pleasure TV shows that we TiVo. We never miss David Letterman and we love Louis C.K. – he’s very dark and funny. We enjoy Modern Family. And Saturday Night Live is good again … they have a great new cast.

PBAP: What would I be surprised to learn about you?

CH: That I’m silly. Or, that I’m an avid reader. I read at least two newspapers a day and the Sunday New York Times on the weekend, and I’m a magazine fanatic. I have magazines stacked up in every corner of the house. My favorite magazines are Esquire and GQ, but again on the guilty pleasure, I love Entertainment Weekly and Cosmopolitan.

PBAP: How do you stay so young and vibrant?

PBAP: You seem to be extremely disciplined.

CH: In certain things I am (laughs). I am disciplined creatively and in terms of my health. I had colon cancer five years ago. I understand that things are finite. Makes you appreciate life. You can’t assume anything.

PBAP: Has luck played any part in your success?

CH: Oh, absolutely. Good fortune plays a role in anybody’s career. There’s a certain amount of right time/right place. Even if you have good fortune, you have to be prepared. When I came to Las Vegas in 2000, I was fortunate to be seen by the right people, but even if I had been seen but not been ready to move into a main room in Vegas, timing and good fortune wouldn’t matter. You have to be able to take advantage of that good fortune when it comes.

Film: Playwright August Wilson began his chronicle of the African-American experience throughout the … END_OF_DOCUMENT_TOKEN_TO_BE_REPLACED

Film: Just in time with the opening of movie theaters in Palm Beach County comes the season’s most … END_OF_DOCUMENT_TOKEN_TO_BE_REPLACED

Music: The very last concert Franz Joseph Haydn attended in his life was in March 1808, about a year … END_OF_DOCUMENT_TOKEN_TO_BE_REPLACED