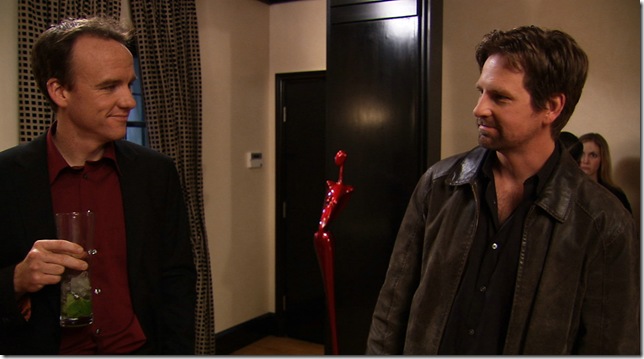 Amy Glazer made her directorial debut as a teenager at Miami Beach Senior High School, where she directed another student named Mickey Rourke in his first play.

Now a playwright, independent filmmaker and a professor of film, television, radio and theater at San Jose State University, she’s returned to South Florida this month to screen her new film, Seducing Charlie Barker, which opened earlier this month in Miami and screens Friday at FAU’s Living Room Theaters.

The film is based on the play The Scene, by Theresa Rebeck, and stars Daphne Zuniga, Stephen Barker Turner, Heather Gordon and David Wilson Barnes. Seducing Charlie Barker is a dark satire about a talented but out-of-work New York actor (Turner) whose disenchantment with the surreal contradictions of show business leaves him vulnerable to the charms of a narcissistic party girl, Clea (Gordon).

“It’s a sexy, dark satire and a bit voyeuristic. There’s something so wonderful about watching people behave badly. It’s something we can’t do, but when you see other people doing it, it’s deliciously horrific,” Glazer said.

“It’s rewarding that after three years of hard work, people will actually come out and see the film,” she said. “I always have this dread that it will be like a home movie – only my father will watch it. Having a real audience is extremely gratifying.”

Glazer, 57, lives in the San Francisco Bay area with her husband of 33 years, James Connolly, a publisher, and her 17-year-old son, Liam. 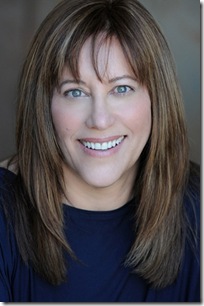 I spoke to Amy in New York City where she was attending the screening of her film at the Quad Cinema in Greenwich Village and taking in as many plays as she could, including Seminar and The Understudy, both by Theresa Rebeck, and Jon Robin Baitz’s Other Desert Cities starring Stockard Channing and Stacy Keach.

PBAP: As a Miami Beach native, but a longtime resident of the San Francisco Bay area, what does it mean to you to come back to South Florida and screen your film?

Glazer: Even though I couldn’t wait to move away from Miami, it’s still the place I come back to often. It was a beautiful place to grow up. I feel very nostalgic for South Florida. It will always be my home.

I have a strong community of friends and extended and chosen family here. Mitchell Kaplan, founder and owner of the Coral Gables bookstore, Books & Books, is my best friend. We went to elementary school together. So, it’s always wonderful to come here. Since I work in the Bay Area, none of these people have had much of an opportunity to see my work. There’s something really gratifying about being able to share my work with friends and family.

PBAP: Can you tell us a little bit about the film?

Glazer: The film is a modern-day morality tale. The story is not the surprising part of the film – it’s the behavior by the characters that we never expect. It makes us examine our own values. In our culture, art takes a second seat to commerce and the commodification of art. What happens when we value meaninglessness over meaning? How does that impact our relationships? It’s something I struggle with as well. As a theater director and an indie filmmaker, I do these things because I love them – it’s who I am. It’s not a way of becoming famous or making money.

PBAP: Whom does the film appeal to?

Glazer: The film appeals to people 40-plus. First of all, it’s a very smart and funny film. I’ve been compared to Woody Allen and I think it’s because we both make films that are language-driven. It appeals to filmgoers that want to be challenged. But I also think it appeals to the younger generation, too, because the character of Clea is a beautiful, vacuous, social climber who is actually much smarter than she appears and is not afraid to work the system for her own advantage.

PBAP: I saw the film at the Fort Lauderdale Film Festival and I loved Heather Gordon, the actress who plays Clea. I think she will go on to be a star.

Glazer: Heather Gordon is smart, sexy and gorgeous and a great comedic actress. She is a cross between Lucille Ball and Marilyn Monroe. While we were working on the play, I said: “You are too brilliant to go to Hollywood and get eaten up. Go to graduate school.” She auditioned at Yale, Harvard and NYU and got into Harvard on a scholarship.

Glazer: Yes, I think it is. The film is more successful than the play. I deconstructed the play because there was so much language. What had been a monologue became a scene, but the story, the tone, the satire all translated well to film.

PBAP: What directors do you admire? Did you have any mentors in your professional life, someone who influenced your work?

Glazer: I love Woody Allen. I love Robert Altman and John Cassavetes. These are the filmmakers that influenced me the most because their work is character-driven. At the end of the day, I’m most interested in character and the behavior that comes from that character.

On a more personal level, I was strongly influenced by my professor at California Institute of the Arts, Alexander Mackendrick. He directed The Lady Killers and The Man in the White Suit. He was very interested in how I told stories and in my natural storytelling abilities. He was the one who encouraged me to learn the grammar of film.

I now use one of his textbooks that was printed posthumously, and it’s so wonderful to remind myself of his lesson, which is: The most important thing you can do in film is to capture the performance. If you can capture an authentic performance, if you can get a certain level of work from your actors, then you’ll tell your story.

PBAP: I know that you were exposed to a lot of art, theater and culture as a child, and that your uncle, Sidney Glazier, was a producer of The Producers. What did you learn about filmmaking from him?

Glazer: My parents filled our lives with the arts. We went to theater, both in New York and Miami. We went to concerts, we went to ballet. We were inundated with the arts. It’s subliminal. I learned my own aesthetic sensibility from these experiences.

I remember going to London in 1973 with my parents and seeing Claire Bloom in A Doll’s House. That experience was life-changing. I met Claire Bloom again in 2010 at the Fort Lauderdale Film Festival, where she received a Lifetime Achievement Award. I went up to her and told her that I saw her and Colin Blakely in The Doll’s House and that it is one of my best memories. It was wonderful to be able to see her. She is still so beautiful, elegant and articulate.

My brother (Mitch Glazer, writer/producer for the Starz TV series, Magic City) and I were on the set the entire time my uncle was filming The Producers. He also produced Take the Money and Run and The Twelve Chairs. He loved theater, and whenever we were in New York, he would always get us tickets to any show we wanted to see.

PBAP: Amy, you have a lot of energy and seem to juggle a lot of balls in the air at the same time. What are you working on now?

Glazer: I’m directing a play at San Jose Repertory Theatre and I’m the associate director at the San Francisco Playhouse. I’m working on my next film, based on a play that I directed called Blue Surge by playwright Rebecca Gilman. She’s a dear friend and a brilliant play and screenwriter. I’ve directed five to six of her plays. Blue Surge is a story that I love and I’m very excited to get started on this project.

PBAP: Well, we’d love to see that film as well. Do you think you will screen it here in South Florida?

Glazer: I’d love to. When you direct a play, you spend a few months of your life and then you move on. This film has taken three years of my life and has taken on a life of its own. Everyone said the likelihood of getting the film distributed was low, but we never took “No” for an answer.

PBAP: What advice would you give to budding playwrights, filmmakers or directors?

Glazer: Work from your passion. At the end of the day, I have never done my art for money. I never said, “Oh, this will make me famous.” Or, “this will make me rich.” I tell stories because it’s who I am. It’s what I need to do to be whole. When you’re working from a place of love and you respect the work you do, if you are passionate about the work, that is contagious.

In the words of Winston Churchill: “Never, never, never give up.” That is my mantra. Also, trust yourself. Believe in your passion and follow your bliss. When the work is an expression of your joy, then it doesn’t feel like work and you can get anything done. Doing the work is being alive.

PBAP: Will you ever slow down or take time off?

Glazer: I never see myself retiring. I fully expect to be making movies and directing theater until the day I die. I can’t even imagine not doing this. The truth is: When you have something that you love to do, it keeps you young. As a professor, filmmaker and theater director, my joie de vivre comes from my work. I can’t imagine myself not working.

Film: Playwright August Wilson began his chronicle of the African-American experience throughout the … END_OF_DOCUMENT_TOKEN_TO_BE_REPLACED

Film: Just in time with the opening of movie theaters in Palm Beach County comes the season’s most … END_OF_DOCUMENT_TOKEN_TO_BE_REPLACED

Music: The very last concert Franz Joseph Haydn attended in his life was in March 1808, about a year … END_OF_DOCUMENT_TOKEN_TO_BE_REPLACED