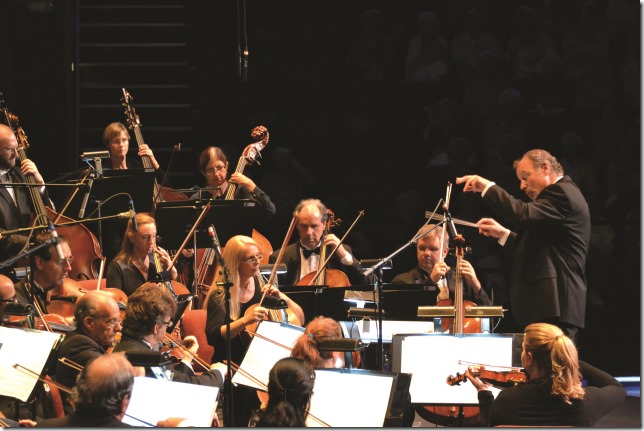 South Pacific, Richard Rodgers and Oscar Hammerstein II’s blockbuster musical of war and love in the islands, turned 67 earlier this year, and in some respects, you could argue it’s showing its age.

It’s set in the Pacific Theater of World War II, for one, which every day fades from society’s living memory. For another, one of its big chorus numbers is about lovelorn sailors looking for female companionship, whom they refer to, quaintly if boisterously, as “dames.”

But on the other hand, the show is built around emotional conflicts grounded in racial prejudice, a subject that remains as urgent now as it was in the immediate postwar years. The musical’s heroine, Little Rock nurse Nellie Forbush, finds herself shocked to learn that the man she is in love with, French planter Emile de Becque, is the widower of a dark-skinned Polynesian woman who has given him two mixed-race children.

And the young, handsome straight-arrow Marine Lt. Joe Cable falls in love with a young Tonkinese (i.e., north Vietnamese) woman but decides he can’t marry her, in part because it would be impossible to bring her back to familial disapproval in the States. 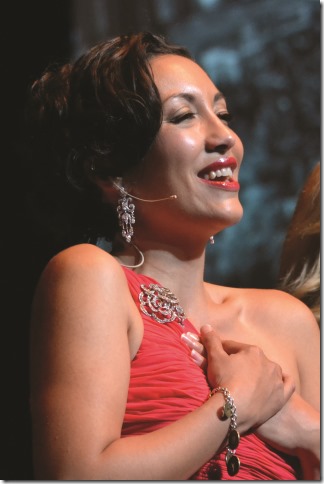 South Pacific will be presented in semi-staged concert format Sunday afternoon at FAU as the featured work on the KCO’s 11th annual Spirit of America concert, which always takes place just before July Fourth. In previous years, Kula has presented such beloved pieces of Americana as Leonard Bernstein’s On the Town and an abridged version of George Gershwin’s Porgy and Bess.

Drawn from James Michener’s 1947 short stories about his Navy service in the Solomon Islands during the war, South Pacific premiered in April 1949 in New York and ran until January 1954, for a total of 1,925 performances. It won 10 Tony Awards, and its score, featuring such now-familiar songs as “Younger Than Springtime,” “Some Enchanted Evening,” “Bali H’ai,” “I’m Gonna Wash That Man Right Out of My Hair,” and “This Nearly Was Mine,” made for a best-selling record album.

The musical was made into a successful film in 1958, and among its recent revivals have been a 2005 Carnegie Hall concert version starring Reba McIntire and a 2008 restaging on Broadway with Kelli O’Hara that ran for almost 1,000 performances.

Starring as Nellie will be Rebekah Diaz-Fandrei, who will sing opposite her husband Graham Fandrei as Emile. The Fandreis are well-known local operatic singers, and they’ll share the concert stage with Avery Sommers, fresh off performances as the legendary early 20th-century blues singer Bessie Smith in a revue at Arts Garage, as Bloody Mary. Daniel Bates, recently seen on stage at Florida Grand Opera, lends his tenor to the role of Lt. Cable, who falls in love with Bloody Mary’s daughter, Liat, played here by Maya Sharma. 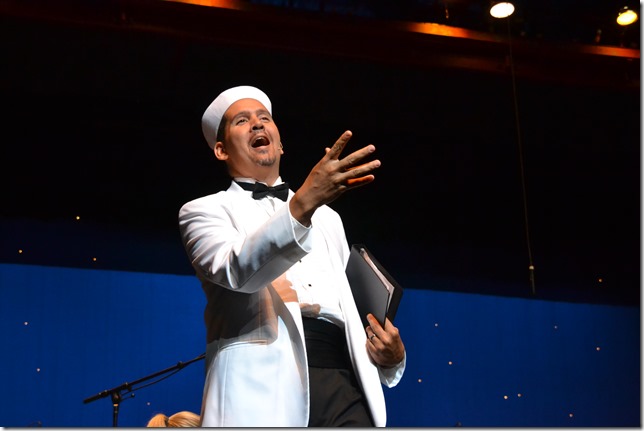 Jeffrey Bruce will perform the role of Luther Billis, the Navy camp cut-up, and members of the Gay Men’s Chorus of South Florida will be the men’s chorus of sailors, Seabees and Marines. The KCO, expanded somewhat for this show, will accompany the actors and singers.

Kula said he was interested in mounting a show that would reflect societal diversity.

“This was a good vehicle for me to bring together a rainbow coalition for the cast,” he said. “This just captured everything. It allowed me to bring in a multicultural cast, which I want; young artists and seasoned pros; a Broadway superstar in Avery Sommers, and then I needed a male chorus.”

He was able to persuade the Gay Men’s Chorus to take part in the show in what will be their first FAU collaboration, and that has helped make this production even more of a message show than it already is.

“This has several purposes for me: first, the artistic endeavor; No. 2, I want to make sure it connects with my position here and the Spirit of America collection and July Fourth; and No. 3, for those who can see beyond the usual ‘Oh, it’s just a concert,’ I’m making a statement,” Kula said. 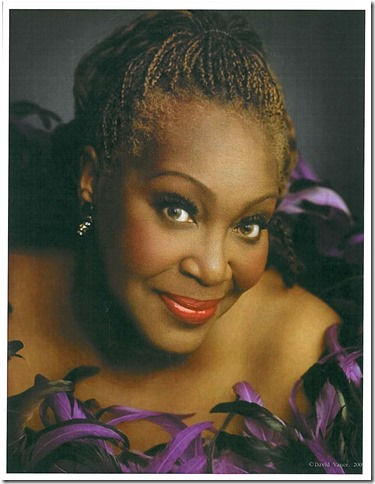 For Sommers, whose Broadway career dates to the late 1970s and includes shows such as Ain’t Misbehavin’, Platinum, The Best Little Whorehouse in Texas and Chicago, performing the role of Bloody Mary — a Tonkinese grass-skirt seller — is a chance to reacquaint herself with a character she once played years ago.

“I love the music of this piece. I mean, how could you not?” Sommers said. “I was thrilled when Aaron asked me to do it, because I first attempted to do this role many years ago when I was too young, although I could certainly sing it.

“Now I have a bit more of a grasp of who she is, and what she’s trying to do. She’s a mother, trying to get something good for her child that she thinks exists in this one man that her child wants,” Sommers said. “And she will go to just about any lengths to do that.”

In the play, which the Rodgers and Hammerstein organization requires to be done without cuts, Bloody Mary speaks in a pidgin English that viewers of today might find somewhat off-putting, but Sommers points out that this musical is a period piece.

“I don’t have an issue with bringing that out, because what I’m bringing out is her truth,” said Sommers, who gets two big solos in the musical, “Bali H’ai” and “Happy Talk.” “And I don’t know that the language is a problem as long as I’m bringing her truth to it.”

With events as recent as the Orlando gay nightclub massacre and Republican presidential candidate Donald Trump’s insistence on barring all Muslims from the United States, what might have been preachy in 1949 seems all-too up-to-the-minute in 2016.

“I was sitting in rehearsal with (Daniel Bates), who plays Lt. Cable, and we got to ‘You’ve Got to Be Carefully Taught,’ and we both looked at each other, and raised an eyebrow, which said it all: Here we are. You just shake your head. Here we are, yet again. It has never really gone away,” she said. 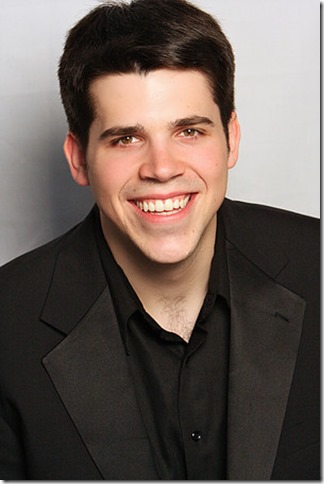 Bates, a tenor who recently was seen in FGO’s productions of Mieczyslaw Weinberg’s The Passenger and Gaetano Donizetti’s Don Pasquale, said he wasn’t completely aware of the show’s thrust until he started studying it for this concert.

“The more and more I dived into it, the more surprised I was,” Bates said, who sings “Younger Than Springtime” and the anti-racism song “You’ve Got to Be Carefully Taught.” The latter song’s line, “You’ve got to be taught to hate and fear” reminds Bates of the Orlando shooting, and of current social issues.

Bates finds poignancy in Cable’s emotional turmoil when confronted with the love he feels for Liat.

“He is put in a position where his moral compass is challenged. He meets this lovely girl, Liat, and she, racially, is everything he has been taught not to care for,” he said. “And that’s probably why ‘Younger Than Springtime’ is such a beautiful piece, because it’s the truest expression of his psyche.”

South Pacific’s score remains one of the most familiar in the American musical canon, with a generous handful of songs that still win over audiences nearly 70 years after they were written. Kula also finds the creative team’s focus on a progressive message something that can be found in several of their other collaborations.

For Nellie in South Pacific, it begins in détente with Emile’s two children, leading to a happy ending in which he returns alive from a dangerous mission and the two are joyfully reunited.

“The good news is that they realize that this is stupid; if you love somebody and it’s true love, then this race thing has no place in it,” Kula said. “And that’s ultimately the Rodgers and Hammerstein story: Life is a struggle, we may be too judgmental and not get there right away, but ultimately we get there.”

South Pacific will be performed at 3 p.m. Sunday in the Carole and Barry Kaye Auditorium on the campus of Florida Atlantic University in Boca Raton. Tickets are $20-$42; group tickets also are available. Current FAU students receive a complimentary ticket, and $5 NextGen tickets for young people ages 18 and under are available at the box office. To buy tickets, call 800-564-9539 or visit www.fauevents.com.

Film: Playwright August Wilson began his chronicle of the African-American experience throughout the … END_OF_DOCUMENT_TOKEN_TO_BE_REPLACED

Film: Just in time with the opening of movie theaters in Palm Beach County comes the season’s most … END_OF_DOCUMENT_TOKEN_TO_BE_REPLACED

Music: The very last concert Franz Joseph Haydn attended in his life was in March 1808, about a year … END_OF_DOCUMENT_TOKEN_TO_BE_REPLACED