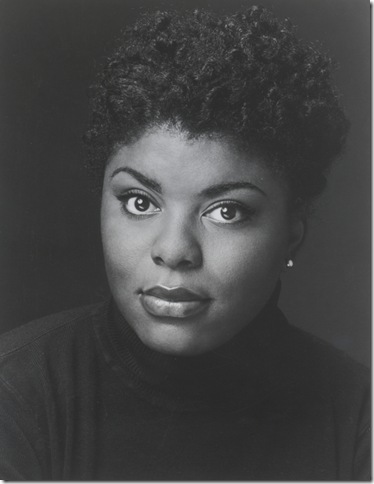 There are times when the stronger regional opera companies mount Giacomo Puccini’s Tosca to exploit every emotion: love, hate, seduction, torture and betrayal. Each is accented and the audiences go home satisfied.

This was not one of them.

Palm Beach Opera’s version, directed by Massimo Gasparon, had none of the blood lust one associates with this opera: Tosca’s knife, a letter opener, had no blood on it when she withdrew it from Baron Scarpia. The production reeked of European refinement, and the version I saw Saturday night was missing the chills and thrills and the energy that Puccini’s music infuses in it.

Opera diva Tosca is in love with the painter Cavaradossi. He’s helped a political prisoner escape from Castel Sant’Angelo, and faces the firing squad of Baron Scarpia, Rome’s chief of police. Hoping to free her lover, Tosca, almost succumbs to the wiles of Scarpia but obtains a handwritten passage to freedom from him before stabbing him to death.

But Scarpia has the last word. Instead of dummy bullets, which he and Tosca agreed to, Cavaradossi is plugged by live shells and dies. To escape Scarpia’s pursuers, Tosca jumps to her death from the castle wall.

Stage director Gasparon had some original touches I hadn’t seen before. In Act I, in the church of Sant’Andrea della Valle, he has the choirboys circle the sacristan, reaching into his apron for “goodies” he keeps there. A deft touch. And, in the procession of church dignitaries before the service begins, a tall, regal, Madonna-like woman, dressed in white and blue, kneels opposite Scarpia. Was it his wife? Or a depiction of the Blessed Mother? Whatever she represented, it was quite effective.

In Act II, the director has Tosca placing the candelabra from his desk at the foot of the dead Scarpia, instead of arranging a cross on his chest, which  is usual. In Act III, when Cavaradossi asks for writing paper, he must fall to the ground to write his farewell to Tosca. Normally, a small table is provided. This new direction distracted greatly from the tenor’s last aria, E lucevan le stelle.

Making her debut in the role of Floria Tosca was soprano Tiffany Abban. At times in her recitatives, Abban tends to lower her head onto her chest and her sound is muffled, making her diction unclear. When she looks up, the voice is expanded and its purity of tone is released through the house.

Her Vissi d’arte in Act II won rapturous applause, and indeed it was well-sung. She is a young dramatic soprano who will develop nicely over time. Her acting was accomplished, too, especially in the moments after Scarpia’s death as she stealthily crept away.

Mario Cavaradossi, sung by tenor Warren Mok, was a disappointment. His voice lacks support, and so he pushed it to the limit. Consequently, a distinct “hard” sound was produced, which was not very attractive to hear. After his early first aria, Recondita armonia, which wasn’t very good, it was all downhill for Mok. Even his acting was stiff and unconvincing.

Baron Scarpia was beautifully sung and acted by baritone Stephen Powell. Again, I must fall back on the word “refined,” for his was a nuanced interpretation of the role of Rome’s dastardly police chief, guaranteed not to scare the 11-year-old sitting two rows behind me.

Matthew Burns was just fine as the revolutionary escapee, Angelotti. His rich bass stood out  in Act I, but  instead of seeming like a man on the run, the director had him casually singing his lines as if there would be no trouble in slipping through Scarpia’s tightly knit web.

Matteo Peirone, the sacristan, was superb. His lovely voice and cheeky interpretation won many hearts. Evanivaldo Correa was good as Spoletta, Baron Scarpia’s right-hand man. He gave the impression he could do the baron’s job in a trice. Kenneth Stavert sang Sciarrone, and Greta Ball’s shepherd boy was excellent, very boyish-sounding. The last three singers named are all in the Young Artists program at Palm Beach Opera.

The chorus sounded great, and were well-trained by Greg Ritchey. The orchestra also sounded particularly good under the baton of artistic director Bruno Aprea. They made lovely music all night long.

At times they were so good, it felt better listening to their playing than watching this stage version of Puccini’s masterpiece.

Film: Just in time with the opening of movie theaters in Palm Beach County comes the season’s most … END_OF_DOCUMENT_TOKEN_TO_BE_REPLACED

Music: The very last concert Franz Joseph Haydn attended in his life was in March 1808, about a year … END_OF_DOCUMENT_TOKEN_TO_BE_REPLACED