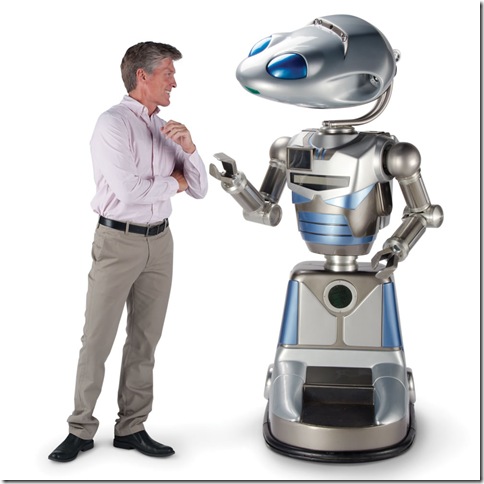 Editor’s note: To do our bit for the long shopping weekend, we’ve asked our friend Lou Ann Frala to go through the stacks of catalogs she gets at this time of year and find some things we might want to send to kin and kind.

The first catalog I remember poring over was the Sears Wish Book. What a field day I would have had with Post-it Notes. My lists and letters to Santa filled Big Chief Tablet pages, sheets and sheets.

Now, instead of one doorstop of a book, I’ve got hundreds, maybe thousands of catalogs to peruse. It seems it takes just one catalog purchase and — BAM! — you’re on every mailing list on the planet.

It started innocently enough. It was the mid-1980s. A friend had a Spiegel catalog. I browsed. And then I ordered. A robe. I still have it. (Note to Santa: Gump’s — gumps.com, San Francisco — cashmere, blue. Only $298.)

So, in the spirit of the season, I’ve pulled the cream of this year’s catalog bumper crop for your shopping convenience. 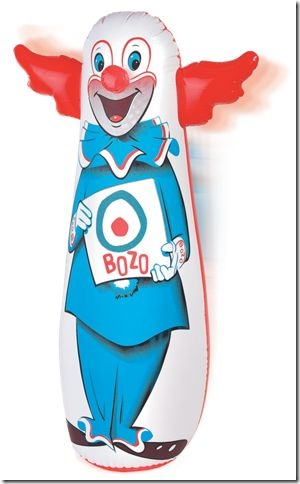 Kids: Nothing from Frozen. Nothing that requires batteries, passwords or logins. Just toys that today’s kids probably would be bored stiff by and today’s grandparents would remember fondly. The Vermont Country Store (vermontcountrystore.com, Rutland, Vt.) has the original Bozo Bop Bag. Nearly 4 feet of Dad-supplied hot air gives a kid something to punch other than an oft-bopped sibling. ($19.95) Girls with a nostalgia bent, or the aforementioned grandmothers, might be charmed by the Shirley Temple Paper Dolls. ($13.90) The catalog also has the original Nancy Drew and Hardy Boy Mysteries in five- and 10-volume sets. ($32.95 and $69.95) And there’s an accordion, if there’s a kid on your list whose parents you hate. ($34.95) 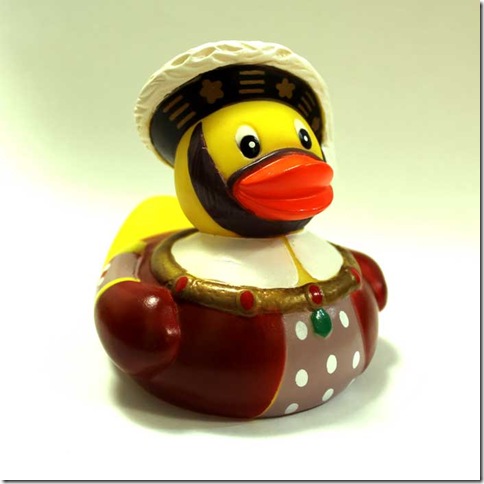 Anglophile or cute-o-phile: Acorn (acornonline.com, West Chester, Ohio) has British rubber duckies. They are too cute by half. Two sets: Royals (Knight, Queen Victoria and Henry VIII) and Icons (Beefeater, Bobby and Guardsman). ($29.95 per set) Or you could go full-on Brit with Old Durham Road (olddurhamroad.com, Edison, N.J.) It’s the source for all things U.K. OK, there are a shaving cube and brush that were made in France, but pretend you didn’t see that. Everything else, from royal china ($250 for the teapot) to Spiced Christmas Tea from Taylors of Harrogate ($10.95), is United Kingdom-made and/or inspired. Most of the items are exclusive to the catalog(ue). ( I went British there for a sec.) 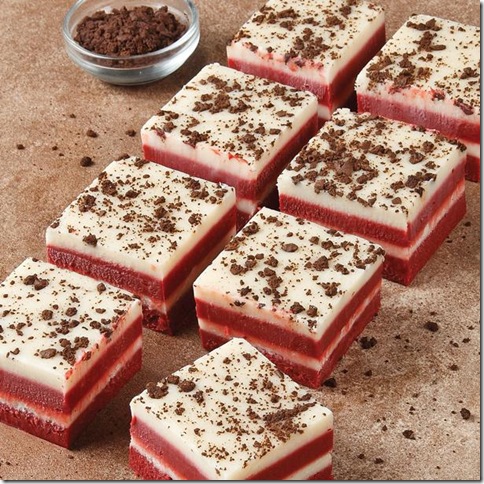 Foodies: What’s Christmas without visions of sugarplums? Meduri World Delights (meduriworlddelights.com, Dallas, Ore.) has the real thing: Andean sugar plum halves dried by the Meduri method, which involves small batches and special shallow trays. A 12-oz. tin is $19.95. Red velvet fudge, you say? It exists and it appears to be, as the Old Mill catalog (old-mill.com, Pigeon Forge, Tenn.) says, “the prom queen of the bakery case.” Two layers of sweet red fudge with a layer of cream cheese fudge in between and on top (16 oz., $14.99). 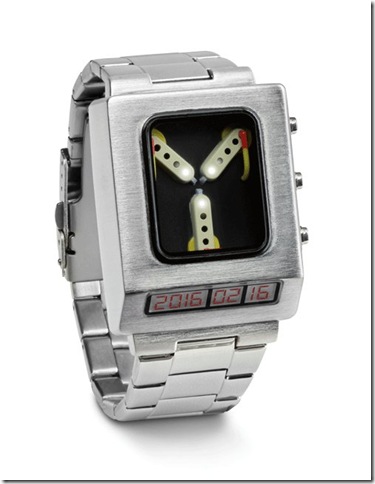 Geeks/early adopters: ThinkGeek (thinkgeek.com, Fairfax, Va.) has some cool and wonderful stuff, including this Back to the Future Flux Capacitor Wristwatch. The face looks just like the real thing (“real” meaning Doc Brown’s original Flux Capacitor time-travel enabler from the Back to the Future movies). It tells time via light pulses and date, sure, but it also has a Time Travel mode that will display a random date (OK, it’s no iWatch.) Its band and case are both made of stainless steel, which the catalog notes is just like a DeLorean, and it’s exclusive to ThinkGeek. ($49.99) (The catalog also has a Star Wars Death Star tea infuser, which is genius and I want one. $19.99.)

Over the top: Trying to make an impression? Nothing says “happy holidays” like diamonds, right? Ross-Simons (ross-simons.com, Cranston, R.I.) has a scalloped diamond bracelet that Liberace might have balked at. Six carats of baguettes and rounds. Ross-Simons says “compare at $18,995.” Catalog price is a bargain lover’s $9,995.

Not a bargain lover? Hammacher Schlemmer (hammacher.com, Fairfield, Ohio) has a gift to break the bank and endear you to … someone. It’s The Celebrity Robotic Avatar. The 600-pound member of the Screen Actors Guild (the only robot so enrolled) is a programmable entertainer. Sure to be a crowd-pleaser at your next hedge-fund billionaires get-together. $345,000. 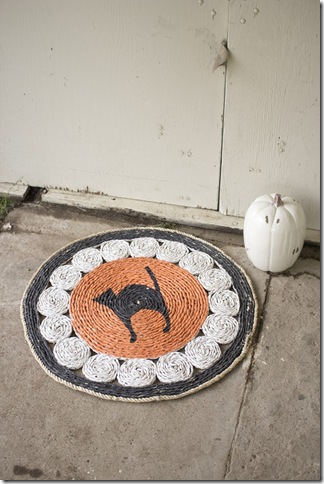 Beachy keen: Someone up North need a tweak? At West End (atwestend.com, Jackson, Miss.) has hand-woven (by artisans in Haiti) Coastal Creatures rush mats. Starfish, turtle and crab are 25 inches in diameter and perfect for a covered patio, bathroom, kitchen, you name it. I could see them hanging on a wall, too. But that’s just me. ($42) 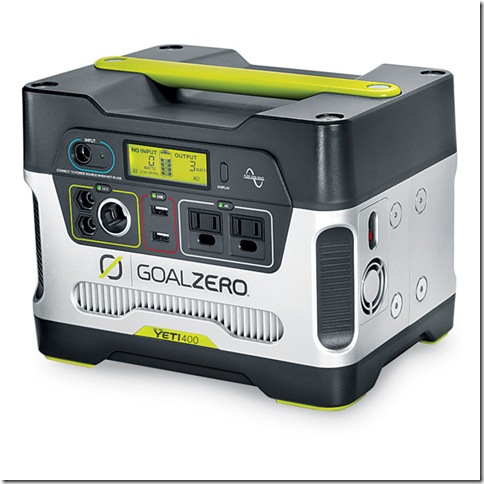 Climate change denier (or Polar Vortex sufferer): These are probably available lots of places, but the Herrington catalog (herringtoncatalog.com, Londonderry, N.H.) brought it to my attention: the Zero Emissions Rechargeable Electric Generator. It’s safe to operate indoors and is powerful enough to keep your refrigerator running continuously for up to four days. Granted, my power was out after Hurricane Frances for 11 days, but the thing is rechargeable and there’s an option for solar panels! ($1,149.95 and $1,499.95 with solar panels) 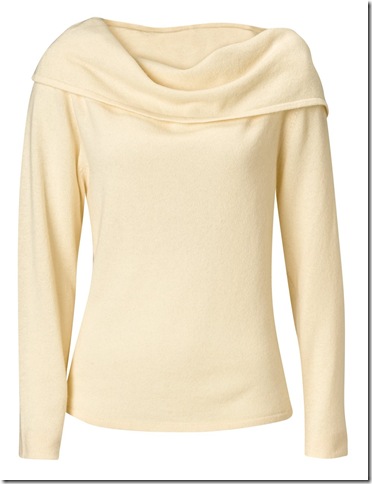 Cold-blooded Northerner: The J. Peterman catalog (jpeterman.com, Blue Ash, Ohio) is notable not just because Elaine Marie Benes worked there on Seinfeld. The catalog’s prose doesn’t just describe the merchandise. It tells a story, spins a little yarn to entice and titillate. As recent temperatures dipped into the 60s here in South Florida, this one, from “Owner’s Manual No. 123,” gave me a giggle.

The temperature dipped below 61 degrees at night. Cries of ‘What shall I wear?’ sprang through every room in Beverly Hills, Brentwood and the Pacific Palisades.

It goes on to describe the 90210 Off-the-Shoulder Cashmere Sweater, made from the “unearthly soft hair” of “understanding Himalayan goats.” Got a chill here in Jupiter Island, Palm Beach or Boca Raton? For $250, it’s available in black or cream. 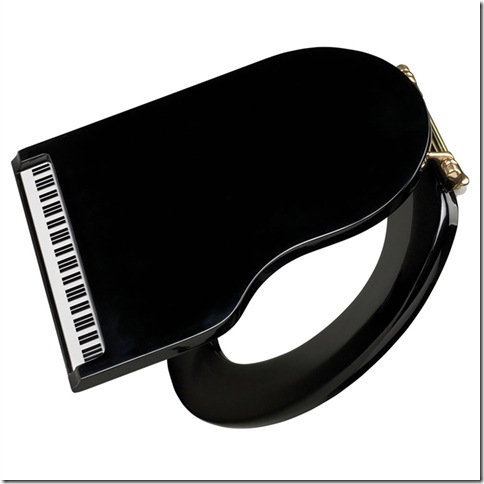 Music lover: It’s the ArtsPaper, after all. Had to throw the culture crowd something. The Music Stand (TheMusicStand.com, Springfield, Mo.) has just the thing for the noteworthy loved one in your gift-giving life. Mugs, bags, shirts, aprons, actual instruments, trinkets and boxes to keep them in, a plethora of picks and socks covered with notes? Sure. This half-sized catalog has all that. But you’re looking for something special. Something that will hit your music lover where he or she lives. As the aforementioned Peterman said: This is it: Baby Grand and Acoustic Guitar … wait for it … toilet seats. Seriously. The real thing in solid wood with “professional high-quality finish.” ($179.99) 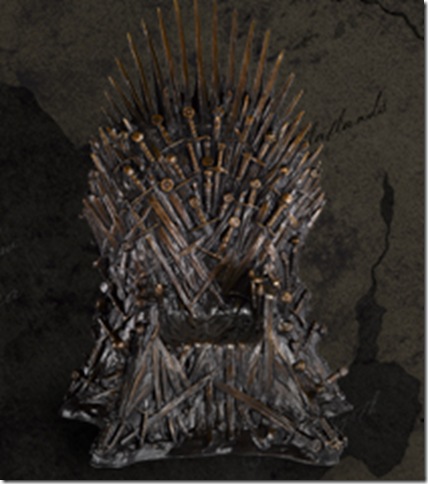 Game of Thrones fan: I almost left this out because — really? But there it is. The Noble Collection (noblecollection.com, Sterling, Va.) has “collectibles” for the fantasy fan with a few dollars to spend. Many weird things from GoT, Lord of the Rings, Harry Potter, The Dark Knight, Green Lantern, The DaVinci Code and Superman. Have a pretender to Joffrey Baratheon’s crown? Get him The Iron Throne. OK, it’s a tiny bronze, just 12 inches by 9 inches. And it’s $1,995, but isn’t your king wannabe worth it? 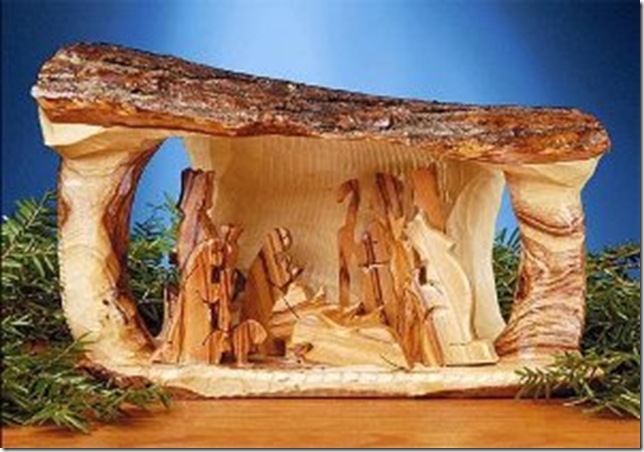 Reason for the season: Nativity scenes. Ours came from Sears. I still have it, too. The only casualty to date is the donkey’s ear. For an amazing heirloom, check out Danforth Pewter (danforthpewter.com, Middlebury, Vt.) There is a Nativity Collection of tiny handcrafted pewter figures ranging from the palm trees that stand beside the stable (maybe 6 inches high) to the wise men’s ride: three camels. Standing adults are about 2 inches high and include Joseph, several shepherds and the innkeeper. The whole thing, with crèche and stable, is $525. The holy family, with a pair of sheep, is $33.50.

The Holy Land Log Nativity, from the Shaker Workshops catalog (shakerworkshops.com, Ashburnham, Mass.), is made by hand by craftsmen in Bethlehem. Yes, that Bethlehem. The scene is carved into a hollowed-out olive wood log complete with bark roof. Eight figures are inside. ($72.50) The Shaker Workshops catalog is filled with beautiful, useful things.

The original Christmas gifts, from Hammacher Schlemmer, are the real deal: three treasure boxes bearing frankincense from Oman and Yemen, myrrh from the Arabian Peninsula and flakes of 23-karat gold. A wise man would find them to be a bargain at $69.95 for the trio. A young mother would find them somewhat less than useful at the manger-side of her newborn. 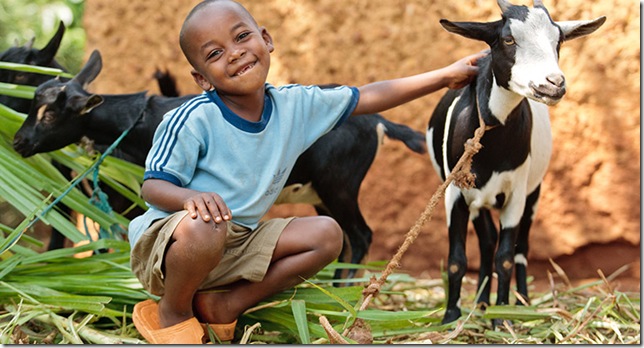 Other reason for the season (actually doing some good): From Heifer International (heifer.org/gift, Little Rock, Ark.) comes “The Most Important Gift Catalog in the World.” Your gift, and it can range from $20 — for a flock of chicks, ducks or geese to benefit people from Armenia to Zambia — to $15,000, for 500 Beehives for the Americas — is one that keeps on giving. A sheep given in your lamb-loving sister’s name can put an impoverished family on the road to self-reliance. And for pretty stuff (jewelry, too, if you’re watching, Santa), and a chance to help some Native Americans, check out the Southwest Indian Foundation (southwestindian.com, Gallup, N.M.). Buy (me) an opal dragonfly pendant for $79 and then buy a Christmas food basket for a poor family ($58.60), or spring for the wood stove for $539. 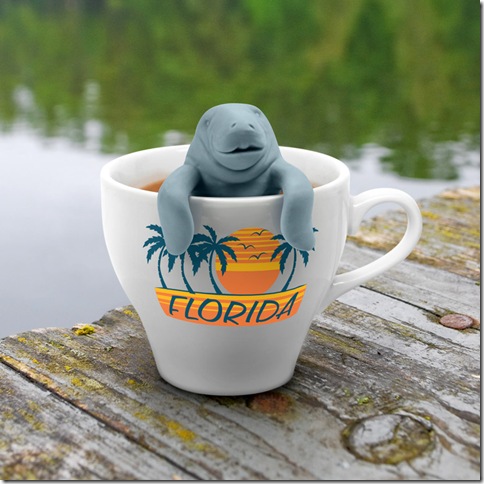 Last but not least: It’s not a catalog. It’s a website. But it’s full of such funny and not-entirely-frivolous stuff that I thought I’d share. Fredandfriends.com (Cumberland, R.I.) sells its wares through brick-and-mortar stores, and you’ll see products in other catalogs, but the website has it all. And by “all,” I mean stuff for all over the home and office. From the Swing Time ceramic bird feeder (looks like a tire swing) to the Tropsticks (chopsticks topped with a flamingo), to the Stopped Up wine saver (looks like a bathtub drain plug, complete with ball chain), it’s tons of stuff that put the fun in functional. For me, the stars are the silicon tea infusers. I have the Manatea (three guesses) and the Teatanic.

Now, put on something comfortable and cue up some holiday tunes and shop. But remember: Order once, and next year you’ll have a thousand catalogs in your mailbox, too.

Film: Playwright August Wilson began his chronicle of the African-American experience throughout the … END_OF_DOCUMENT_TOKEN_TO_BE_REPLACED

Film: Just in time with the opening of movie theaters in Palm Beach County comes the season’s most … END_OF_DOCUMENT_TOKEN_TO_BE_REPLACED

Music: The very last concert Franz Joseph Haydn attended in his life was in March 1808, about a year … END_OF_DOCUMENT_TOKEN_TO_BE_REPLACED