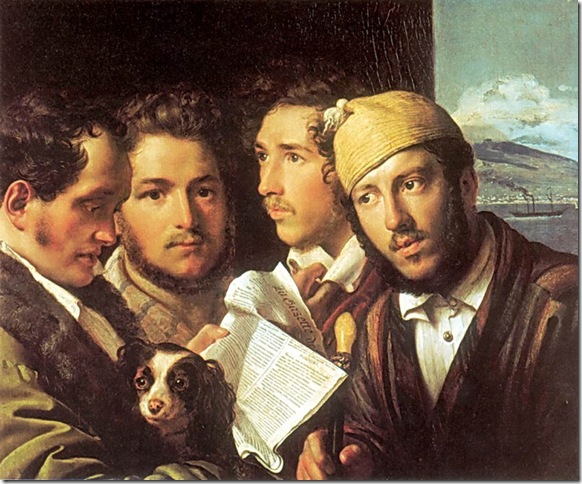 We seem to be sloshing through a media debris field.

The globalization of media, the diversity of delivery platforms and their consequent overarching narratives of mystery, fear and grief involve us all within reach in news stories that seem so close, yet are so far.

Those of us not directly affected by catastrophic events are nevertheless drawn into the narrative by our burgeoning communication technology, which seems to make observers of us all and, at the same time, fuels the anxiety and frustration of our helplessness.

Our best selves wish we could leave the cozy protection of home and hearth and reach through the flatscreen to help. Yet, we can neither turn away nor get our hands dirty. It’s a modern conundrum. ”In our minds, we are still in recovery mode,” as the mayor of a town near the Washington mudslide said.

In one part of the world, we’re dumpster diving through oceanic garbage for clues to the mystery of the missing airplane. We don’t want to think of people strapped into their seats submerged in the Indian Ocean upside down.

In another, we’re sifting through glacial muck, seeking survivors of a natural disaster that plays to one of our most primal fears, that of being buried alive. In another, we are faced with the loony prospect of a throwback war in Europe based on some unresolved consequences of the last and the limits of modern empire building.

And then, more earthquakes.

In the midst of this, we have the political buffoonery of New Jersey’s governor competing for the court jester job with a certain Canadian mayor. These characters, both of whom bring Falstaff to mind in a Whole Foods world, provide comic relief, the Candy Crush distraction, just as our earlier preoccupation with Pac Man’s gobble-gobble temporarily satisfied our need for bread and circuses. They enable us to distract ourselves from the kitchen table problems of our lives.

We are searching for signs of miracles and wonder, in the words of Paul Simon. “We want evidence; we want truth,” the angry and exhausted families of the missing airline passengers chant. Instead, they’re offered an insulting advance death benefit — a shut-up-and-go-home bribe — of 5K on a legal liability of 100K and beyond.

A rational society, that is a society based on underlying principles of individual mastery like ours, demands answers. Ambiguity is an anathema. This is the zeitgeist of CSI. There’s a reason it’s the top TV show in the U.S.

We want to know why the mud slid and how come nobody held back building permits. We used to think that societies like China and Malaysia that tend to give more weight to fatalism could tolerate mystery, but it seems globalization of belief is blurring these borders.

We want Putin to Skype us.

Film: Playwright August Wilson began his chronicle of the African-American experience throughout the … END_OF_DOCUMENT_TOKEN_TO_BE_REPLACED

Film: Just in time with the opening of movie theaters in Palm Beach County comes the season’s most … END_OF_DOCUMENT_TOKEN_TO_BE_REPLACED

Music: The very last concert Franz Joseph Haydn attended in his life was in March 1808, about a year … END_OF_DOCUMENT_TOKEN_TO_BE_REPLACED