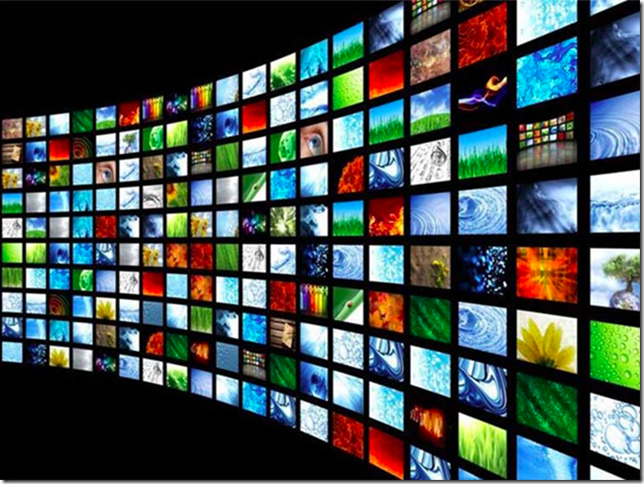 Picture this. A giant grasping hand, a hand big enough and powerful enough to punch an IMAX Godzilla in the snout, suddenly plunges through the accumulated cumulus clouds — the Google Cloud, the Microsoft cloud, the Amazon cloud — flicks aside the jet drones of Google, Amazon and Facebook, swipes aside WhatsApp, etc., snatches ups the shattered pieces of the media and rolls the dice.

It’s the hand of the god of the Internet.

This is where we are at this moment in the sociological history of the media. The die has been cast, but the winning numbers are still unknown.

We are living in a period of confused multiscreen identities. Avatars, pseudonymous comments, disappearing messages, preteen bloggers making millions, Bitcoin robberies, pretty smart watches that come straight out of a Dick Tracy comic — what is going on?

A lot is at stake. Who owns the Internet? AT&T, Verizon, Time-Warner, Netflix or some unmarked Belgium-based ISP? Is it a utility like electricity, plug in and boot up, the opposite of the ’60s leitmotif: turn on, tune in and drop out, the mantra that guided our earlier years?

The Internet has gone from a way to protect the communications of scientists, scholars and military commanders from nuclear attack to a gigantic web that spits out “reams” of info but falls way short in the analysis game. Some two billion are connected now and Eric Schmidt is still looking a little shlumpy, according to the former Mrs. Rupert Murdoch.

But where are these people? They don’t appear. They aren’t coming over for coffee and cake or meeting us for a drink, but they sure make their presence known. We follow them, friend and unfriend them, like or dislike them as if we were the collective Coliseum crowd, thumbs up or down, virtual life and death entertainment. It’s an extension of Neil Postman’s idea that we are spectators at our own demise.

And now, just when we’re getting the big growth game going, bringing the InfoRoad to connect all those pre-contact tribes in the Amazon rain forest and New Guinea jungles to American Idol, we are experiencing the atomization of the internet, just as Durkheim predicted about the cycle of societies. Not too big to fail.

The Great Global Connector is breaking up into gated communities like mesh nets, private neighborhood networks and local grids.

Meanwhile, the bureaucrats of the FCC bow to the pressure of the Big TV ban, ignoring we poor viewers who are paying the price for what Postman once called “entertaining ourselves to death”: We are left holding the bag, or rather the bundle. Are we going to have to pay a new toll to travel faster, or rather, get to us faster?

Can we pick upon these channel salads we’ve been served, fork aside the iceberg lettuce in favor of crushed kale, the post-modern spinach? Do we have to eat it even though we know it’s good for us, as our loving Moms used to say?

Why can’t we get a tasting menu?

Cutting the cord has become fashionable, teeny-tiny antennas are likely on their way, but we still get that pureed kale in our green drinks. Even movies on Hulu are interrupted by advertising we don’t believe because we know that the little green giant is not going save us any more than he must, even though nobody really believes the product in the package actually does what is says on the tin, as they say in Britain.

One of the problems – maybe the problem – is that everything is elsewhere, as Dalton Conley has written. But where is that elsewhere, that place where life happens while we are being pre-screened?

And all that paper we used to consume in our news and entertainment media is recycled as paper towels, which will then be re-recycled as “green” waste ready to sell back to the new Chinese middle class as suits and dresses. Remember those?

Friend, as the Old Philosopher used to say, we are lost in the land of the digital natives, bewilderednessed.

And what does it matter anyway? A guy with a 15th-century messianic complex, a new Ivan the Terrible (Peter the Great would have been a better model) uses a 19th-century invention to talk to a post-racial president and neither of them seems to be hear what the other is saying. They are — get this — waiting for the German interpretation.

Talking about fiddling while Ukraine burns.

Film: Playwright August Wilson began his chronicle of the African-American experience throughout the … END_OF_DOCUMENT_TOKEN_TO_BE_REPLACED

Film: Just in time with the opening of movie theaters in Palm Beach County comes the season’s most … END_OF_DOCUMENT_TOKEN_TO_BE_REPLACED

Music: The very last concert Franz Joseph Haydn attended in his life was in March 1808, about a year … END_OF_DOCUMENT_TOKEN_TO_BE_REPLACED