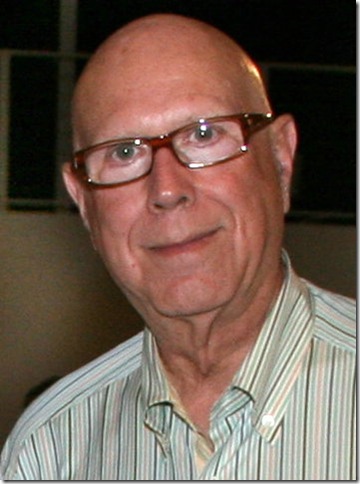 “Art was an extension of the way he liked to live his life,” said Mera Rubell, patron of the Rubell Family Collection in Miami.

Mordes’s death of a stroke in Berlin deprived the visual art community of a tremendous art advocate on a local and international scale. Along with his wife Elayne, he was a leader in expanding the awareness of contemporary art in the Palm Beach area.

Proprietors of Whitespace: The Mordes Collection, the Mordeses were supporters of cultural organizations such as the Hirshhorn Museum in Washington, D.C., where Marvin served on the board of directors and sponsored The Mordes Lecture of Contemporary Art for 11 years. He and his wife also were supporters of the Palm Beach Opera and the Lighthouse ArtCenter Museum and School of Art in Tequesta.

Marvin Mordes made his living as one of the top neurologists in the country. In his hometown of Baltimore, he was chief of neurology at St. Joseph Medical Center for 26 years, and an associate professor of neurology at Johns Hopkins Hospital. Upon moving to South Florida, he cared for patients at Cleveland Clinic Florida for five years before setting up his practice on the MorseLife campus in West Palm Beach.

“Marvin went to medical school in Belgium, and he was always inspired by European culture and knew a great deal about it, so he was always on a quest to teach people about the wonderful cultures that he was exposed to,” Rubell said.

In fact, it was European culture and medicine that caused him to begin collecting art. Marvin once told me this story: When he was doing his neurology residency in Philadelphia, he had to bring a pager to his co-resident, who happened to be at an art gallery. “After I met my co-resident, I couldn’t leave the gallery because the skies opened up. It was like a hurricane outside,” Marvin said. “The gallery owner talked to me for two hours, and I felt an epiphany, like something deep down inside me was uncovered. I ended up buying a Mark Toby drawing on paper for $4,500.”

Elayne remembered her husband’s epiphany well. “When he brought the drawing home, I told him to take it back,” she said. “That was more money than he earned in a whole year.”

Nothing doing, as it turned out. “That was in 1975, and that was the beginning of the infectious disease of collecting art,” Marvin told me.

When they moved to West Palm Beach, they designed their personal living space into a private art museum with 8,000 square feet of exhibition space. Elayne drew on her training in art and architecture to convert an old dental laboratory on Australian Avenue in West Palm Beach into their space for living and for art.

The couple became leading collectors of contemporary art, patrons and donors to museums, and speakers at art fairs. They even conducted their own international art tours — called Art Adventures — for a select number of friends, collectors and curators.

Indeed, it was on one of these Art Adventures that he suffered his fatal stroke.

“He and Elayne created these amazing social experiences that explored art together.” Rubell said. “They created these social, interactive experiences where people would travel the world looking at art, talking about art, learning about art. As a team they brought tremendous sense of community into the lives of many people.

“They championed young art, they shared their knowledge, and I think their greatest contribution was creating a community where people could travel together and experience the classical museums and the cultures of various countries, and expose them to art that they might not have access to, like artists’ studios, galleries. The way they expose people to art on these trips is not just what people can arrange for themselves. It takes years of relationships to be able to arrange the kind of trip and experiences that Elayne and Marvin make happen,” Rubell said.

“I think Elayne will continue with the art trips; it was something that they inaugurated and invented and I think his spirit will always be there,” she said. 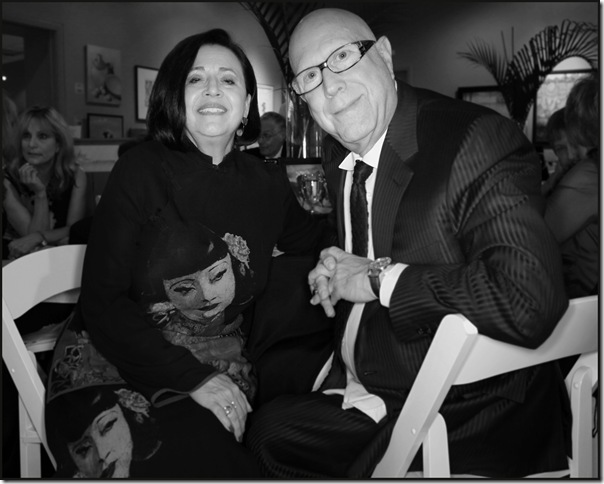 The Art Adventures will indeed continue, as trips are planned in May to Berlin to see artists’ studios, private home collections, galleries and museums and to the Venice Biennale.

“I think people enjoy looking at art with someone else by your side. To talk about the art, to share ideas, to bring different perceptions about what people are seeing, that is important,” Rubell said. “They ignited an interest in art for many people and showed how art can affect their lives. So their impact has been tremendous.

“Elayne is a very strong woman, talented, energetic and a very positive person who, after this terrible tragedy, will carry on the great tradition,” she said. “Art shared with others is so much more enjoyable. It is a catalyst for endless conversation and relationships. They started something that is truly inspirational and have created a sense of community.”

Art aficionados and his patients alike will miss Dr. Marvin Mordes, but his kind and thoughtful manner and his artful imprint on their lives will never be forgotten.

Katie Deits is executive director of the Lighthouse ArtCenter Museum and School of Art.

Film: Playwright August Wilson began his chronicle of the African-American experience throughout the … END_OF_DOCUMENT_TOKEN_TO_BE_REPLACED

Film: Just in time with the opening of movie theaters in Palm Beach County comes the season’s most … END_OF_DOCUMENT_TOKEN_TO_BE_REPLACED

Music: The very last concert Franz Joseph Haydn attended in his life was in March 1808, about a year … END_OF_DOCUMENT_TOKEN_TO_BE_REPLACED