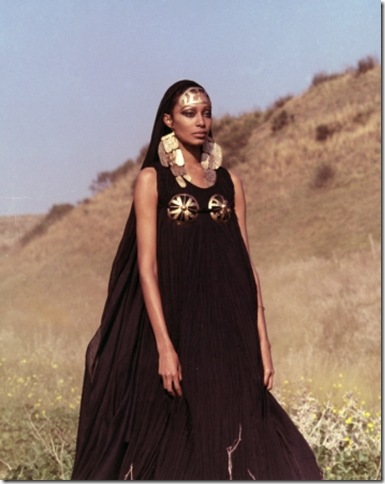 The great Momenator hovers above us all like a sacred but impenetrable meme: Mother Russia, mama grizzly, mother of all battles, mothers who eat their young, mother of dragons, Mother Teresa, tiger mom, Monica Lewinsky’s mom, the anguished mothers of the stolen Nigerian schoolgirls and, of course, the heroic American mom and her luxurious deep-dish crusty pie of organic apples, the Whole Foods mom who has our best interests at heart.

This is the one day on which you can’t get away with saying anything negative about Mom and yet, it’s pretty hard to steer through the slalom course of soppy with any degree of finesse.

Sometimes, I wonder what Julius Caesar felt about his mom. Did Osama bin Laden feel like he did his mother proud? Did she tell him to “go for it”? We know what Saddam Hussein thought about his mother, and, frankly, it’s hard to blame him. We think we know what Barack Obama thinks about his mom, or, at least what he says he thinks, but what about Napoleon? Vladimir Putin? Donald Sterling? Donald Trump? Catherine the Great? The desperate housewives of the North Korean Kims?

We’re quick to venerate our moms whether we mean it or not. Of course, we love our moms unless they locked us in the family van and drove into a lake intending to drown us all.

We’re quick to thank our mothers for every reward we receive and I’m not here to shatter that sentiment, but common sense suggests we’re all conflicted about our mothers. Dad says we can achieve anything; Mom says we can’t do everything.

We’re grateful they propped us up in a world of hurt and, at the same time, it’s hard to admit that we harbor this niggling bit of anger about why they brought us into this world in the first place.

Would Mom be there with open arms to break our fall from the burning building? We certainly want to think so.

We think about what they mean to us, but do we ever consider what we mean to them? It’s likely we’re demanding, hungry actors in their lives, so what function, what need do we fulfill in theirs? Why do they want us? We never ask that question. Why?

We never truly understand them. If we looked into the mom mirror, what would we see? Would that reflection surprise us, embarrass us, embrace us?

That tricky emotional conflict has long been represented for me by the indelible image of a lanky Donyale Luna in Fellini’s Satyricon guarding Plato’s cave and shooting tongues of flame from the entrance to her birth canal. That’s some smokin’ mom.

I do wonder why some countries think of themselves as feminine and refer to their homeland as the motherland while others see themselves as macho: the fatherland.

Here in the U.S. we live in the world of Uncle-land.

What does that say about us?

Give Mom a call, wherever she is.

Film: Playwright August Wilson began his chronicle of the African-American experience throughout the … END_OF_DOCUMENT_TOKEN_TO_BE_REPLACED

Film: Just in time with the opening of movie theaters in Palm Beach County comes the season’s most … END_OF_DOCUMENT_TOKEN_TO_BE_REPLACED

Music: The very last concert Franz Joseph Haydn attended in his life was in March 1808, about a year … END_OF_DOCUMENT_TOKEN_TO_BE_REPLACED