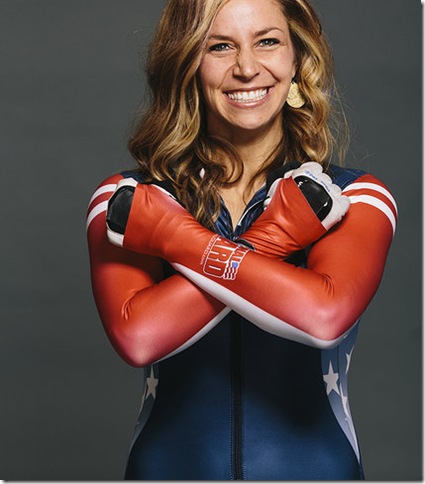 I think that spirit has been brought to the Winter Games by the young men and women who’ve made their mark in what has come to be called — and not only in the United States — as Xtreme sports. These eccentric sports crashed into the games in a big way this year. They are sports speaking a different language — though it seems to be a universal one. It’s a language of tricks, a language of thrills. This is a grass-roots language, not the language of the 1 percenters.

And the competitors are irresistible: baggy pants, space-age goggles and all. They could be our own children, even if their inclusion is a marketing ploy to make the games attractive to a younger TV demographic. Nevertheless, the force and the power these young Xmen and Xwomen have bought to these games is enchanting.

I think these Olympics have also been distinguished by the emergence of women as leading figures. I can’t remember a time in which women have played such a prominent role in the Winter Games. We are familiar, of course, with the grace of the women of the ice, but not so much of the sliding sports, the ski jumping, and the glamour of downhill racing.

The “story lines,” as these prepackaged TV personality profiles are called by the networks of NBC, compliment the achievements of Jamie Anderson, Kaitlyn Farrington, Noelle Pikus-Pace, Julia Mancuso, Erin Hamlin and have made them the heroines of the moment. These women want to medal, they want to win, but their supreme glee in just competing is inspiring.

These are also the Olympics of Xtreme TV coverage. It seems like every time I turn on the TV, there they are, rolling on like an endless airport people mover.

I’ve lost track of what day is what. Have I seen these competitions before? Last night? This morning? Do I remember what happened? I go to sleep with the Olympics and wake up with them. The last viewer is being wrung out by NBC. I admit to a bit of Xtreme fatigue, of hearing that grating professional commentary which presumes we’re interested in every detail meant to fill dead air. The best work comes from those who admire the sport. They may speak in a language that seems foreign, but their enthusiasm does not.

It’s the athletes themselves who speak best, deflecting the incessantly prying, mike-in-the face paparazziness of “what does it feel like” with their truthful inability to articulate their emotions in words on command. We can see how they feel.

The pure delight expressed in the dances of Pikus-Pace and Kate Hansen, the kumbayah camaraderie of the Xtreme women snowboarders who clearly take pleasure in each other’s experience; these are all we need to see. We don’t need someone explaining that to us.

Defeat is powerful, too. Not all failures can be blamed on the suit. It’s a poor carpenter who blames his tools no matter high-tech they may seem to be.

There is dignity in recognizing one’s limits, too. Refusing to perform through pain, despite criticism, like the legendary skater Evgeni Plushenko, who put aside his charming arrogance to speak with maturity: “It’s life. I am normal people like you. I am not robot. I tried my best.”

That’s really anyone can expect. That’s the lesson of these Games.

These are the things we should hold close.

Film: Playwright August Wilson began his chronicle of the African-American experience throughout the … END_OF_DOCUMENT_TOKEN_TO_BE_REPLACED

Film: Just in time with the opening of movie theaters in Palm Beach County comes the season’s most … END_OF_DOCUMENT_TOKEN_TO_BE_REPLACED

Music: The very last concert Franz Joseph Haydn attended in his life was in March 1808, about a year … END_OF_DOCUMENT_TOKEN_TO_BE_REPLACED