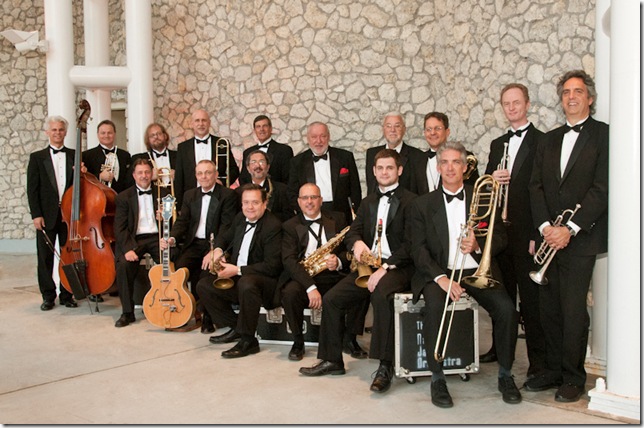 Bob Stone, the founder, musical director and drummer for the Naples Jazz Orchestra (www.thenjo.com), gained renown by leading his popular self-titled big band from 1976-1989 in Chicago. Yet he didn’t exactly move to the west coast of Florida 25 years ago intending to do the same thing.

“I was hitting the road with some major artists then, and flying out of O’Hare International Airport in the winter was proving to be a problem,” Stone said. “I’d get asked if I could be somewhere the next day in January, and I could only tell people, ‘Maybe.’ But I’d done a job in Naples and fallen in love with the area. I’m from Detroit, and also lived in California and New York, but nowhere appealed to me like the west coast of Florida. So I freelanced here initially rather than jumping back into leading a band, and didn’t found this orchestra until around 20 years later.”

That was 2009, when he established the NJO as a non-profit. His drumming credits include the likes of Frank Sinatra, Count Basie, Lionel Hampton and Harry James, and he was the all-encompassing artistic and financial leader of the Bob Stone Big Band, so the drummer knew the sound and business model he was looking for. All he needed to do five years ago was find the right people to accomplish it.

“I’ve kept getting better players over the years, and now I sit with some of the best musicians in the Southeastern United States,” Stone says. “And the orchestra has a very nice house venue in Naples, the Cambier Park Bandshell.”

“How could we do better than Kenny on piano?” Stone asks. “”Michels plays with Gloria Estefan; Brignola is the baritone player in the Miami Saxophone Quartet, and Pate has played at the Montreux Jazz Fest 17 times. Hance, our great bass trombonist, is one of the only guys in the band who lives in Naples other than myself. Rhynard and Pettey, my assistant musical director, are the others. The rest of these guys think enough of the band to travel from all over the place for rehearsals as well as gigs, which I’m so thankful for. I’m lucky to have them. A lot of them are pretty big names in the biz, but there are no egos. They just want to play with the guy next to them.”

“Pamela is wonderful;” he says, “just a great manager. I tried handling both the musical and business sides with my own big band. Never again. I stay knee-deep in the music, and let her handle the other things. The stage crew also does a wonderful job, and Howard is actually Natalie Cole’s sound engineer as well, and worked for people like John Lennon and Stevie Wonder. He engineered Stevie’s ‘Songs in the Key of Life’ album.”

The NJO often backs guest stars, but its forthcoming appearance at the Arts Garage in Delray Beach will exclusively put its musicianship. camaraderie and deep song list under the spotlight.

“We do several shows a year where we feature the band itself,” Stone says. “We’ve done tribute shows to Duke Ellington, Tommy Dorsey, Benny Goodman and Glenn Miller that sounded great and were very well-received, and every once in awhile we do a request show. They’re selected requests, emailed in ahead of time, so I get to pick the final list. But some of my favorite shows have been when we’ve hosted people like Doc Severinsen, Byron Stripling, Carmen Bradford, and Freddy Cole.”

Part of the NJO’s incrementally growing success, Stone says, is based in its similarly growing chemistry.

“Most of the guys in the band have been with us for some time,” he says. “I figured out a long time ago that you have to keep the same guys in order to sound as good as possible. That’s not rocket science. You can get guys who can read any chart, but we’ve gotten better and better support in Naples and elsewhere, in part, because this band has learned to sound like anyone — and be good enough to have a sound of its own as well.” 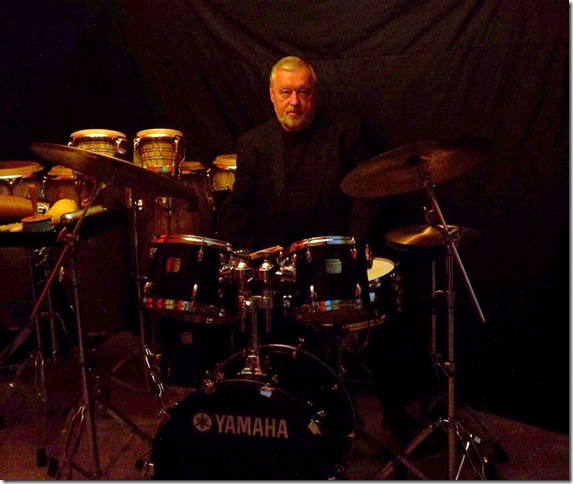 Another part of the NJO’s success, although Stone won’t say it, is due to the individual associations and friendships he’s formed over the decades.

“I’ve interacted with most of the major names in show business over the years,” he says, “whether it’s been through touring; them performing with one of my bands, or them asking me to work with them. Vic Damone used to ask me to play with him every time he came through Chicago. I played lots of shows with Sinatra after he tried out several other drummers who didn’t work out, and Count Basie was a friend of mine who asked me to be a permanent member of his band. I couldn’t commit to that, unfortunately, so I only worked with him for a short time.”

What Basie, and anyone else who’s heard Stone play, sensed was an innate ability to swing and drive a big band without being obtrusive; a musicality that focuses on the ensemble as a wheel and himself — as well as every other musician — as a cog within it. Other pieces of evidence lie in Stone’s favorite drummers, past and present.

“None of the flashy guys,” he says, “and not the people that everyone knows. Mel Lewis [1929-1990] could swing like no other with the Thad Jones/Mel Lewis Big Band, and Jeff Hamilton [co-leader of the Clayton-Hamilton Jazz Orchestra with bassist John Clayton] is a terrific modern drummer. Buddy Rich was a friend, but I try to get kids to listen to other guys, because it’s so hard to duplicate his technique. There’s one guy on almost every instrument like that, but you can’t recreate Buddy, Charlie Parker, Oscar Peterson, Jaco Pastorius or Ray Brown.”

Many of the students Stone interacts with are because of the additional Naples Youth Jazz Orchestra, founded in 2010 and overseen by Stone and Pettey. Any music student from an area school can qualify for the band through auditions; receive a full scholarship, and perform with the NJO at the bandshell and other select venues.

“If a kid’s good enough, they don’t pay a dime,” Stone says. “We were able to accomplish that mostly through benefit shows and donations. But we do require that they be there for the rehearsals. If they have other priorities, they’re gone, because there are too many other kids who want to be in their position. It’s a phenomenal young group. I’m so proud of all of them.”

With such a strong foundation in Naples, the NJO usually plays the host role at its bandshell. But with its reputation ever-expanding, and members based throughout the region, the orchestra’s touring calendar is expanding incrementally as well.

“We don’t travel that far, but if we get asked, we’ll generally go,” Stone says. “If it helps the band, we’ll try to do it. We’ve played at Boca Grand in Boca Raton and at the Arts Garage in Delray Beach. We’ve played there with Carmen Bradford, and I’ve gone to see some shows there. I love the place. It’s a great room, and we’ll be bringing Lindeman to run sound. He’s like our 17th guy onstage, because he makes us sound like a CD.”

Film: Playwright August Wilson began his chronicle of the African-American experience throughout the … END_OF_DOCUMENT_TOKEN_TO_BE_REPLACED

Film: Just in time with the opening of movie theaters in Palm Beach County comes the season’s most … END_OF_DOCUMENT_TOKEN_TO_BE_REPLACED

Music: The very last concert Franz Joseph Haydn attended in his life was in March 1808, about a year … END_OF_DOCUMENT_TOKEN_TO_BE_REPLACED