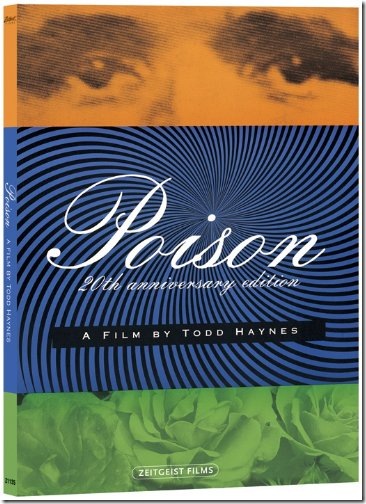 Is there anything quite like the early films of Todd Haynes?

Before he graduated to star-studded Hollywood casts and respectable HBO miniseries (this year’s Mildred Pierce), Haynes was a provocative enfant terrible whose early experimental films upset narrative status quos and pushed censors’ buttons. His 1987, 43-minute docudrama – for lack of a better designation – was titled Superstar: The Karen Carpenter Story, and it told of the Carpenters’ siren’s tragic life using only Barbie dolls, mixing the narrative with a nonfiction study of anorexia. It’s a mesmerizing film, but it’s been banned from circulation for the past 21 years after Richard Carpenter won a copyright-infringement lawsuit against Haynes.

But nothing can stop movie lovers from indulging in his feature-film debut, 1991’s Poison (Zeitgeist, $26.99) — at least not anymore. The long out-of-print DVD will be reissued June 21 in a plum package in honor of the film’s 20th anniversary. The remastered transfer includes Criterionesque bonuses such as a recent Sundance Film Festival Q&A, an archival audio commentary track, a short film and some exclusive behind-the-scenes Polaroids, plus a 16-page supplementary booklet.

Like Superstar, the NC-17-rated Poison is bracingly original, a restless howl of rage from a filmmaker set on shattering complacency in both cinema and the “normal” society it usually represents onscreen. It’s an omnibus film comprised of three autonomous, though thematically incestuous, short films that Haynes intercuts.

One of them, titled Hero, is shot in a TV documentary style, a faux-realist expose of a domestic murder on suburban Long Island. Another one, Horror, is filmed like a vintage science-fiction artifact – all canted angles and swelling music, in lo-fi black-and-white – and tells the story of an ambitious scientist who develops leprosy after drinking his untested sex-drive serum. The final piece, Homo, is a graphically gay prison-set tone poem about a sexually repressed thief and another inmate he had known as an adolescent in a juvenile facility.

The more Haynes propels us back and forth from the three stories — sometimes providing only a minute of screen time in one world before jettisoning it for another – the more Poison begins to develop coherent, transcendent themes beyond the specificities of the movies-within-the-movie. The film was inspired by the writing of Jean Genet, whose intermittently placed, white-on-black quotations speak to an existence of despair, cruelty and panic that all of Haynes’ tortured protagonists share. All of his characters are societal rejects, banished to outsider status thanks to a world that doesn’t understand them or views them as threats.

Only one part of Poison’s triptych is explicitly homosexual, but the others speak to a kind of systemic intolerance that gays, as much as any oppressed minority, could relate, especially in 1991. Horror quickly assumes the form of a ‘50s monster movie, and just as King Kong and his oft-imitated brethren were seen as misunderstood, persecuted Others (a theme that resounds all the way through True Blood today), so too is the scientist, played by Larry Maxwell, whose contagious disease spreads like scarlet letters across his face and everyone he touches. Only this time, the work takes on added gravity when viewed as an allegory about the spread of AIDS, which disproportionately affected the gay community.

Likewise, in Hero, which predates the crime-drama sensationalism of Nancy Grace – not to mention the Columbine massacre and most TV docudramas about school-age psychos — the student-killer at the heart of the investigation is a quiet, bullied loner. He’s a person who might appear today on Dan Savage’s “It Gets Better” YouTube channel.

The “New Queer Cinema” that Haynes was such an integral part of it has advanced so much in 20 years, and the gay lifestyle has become so legitimized in popular culture today that it may be hard to grasp how groundbreaking Poison was. But regardless of the film’s views on sexuality, repression, madness and the nature-versus-nurture debate, it remains an intoxicating experiment, well worth rediscovering for its formal derring-do alone. 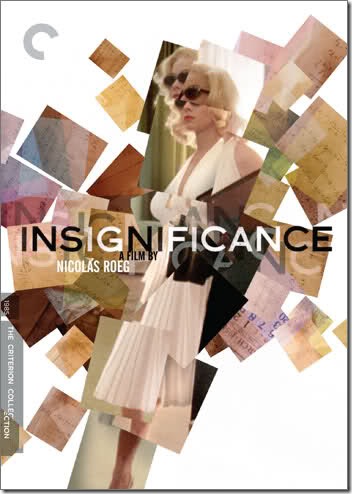 DVD Watch: My most anticipated release of June 14 is Nicolas Roeg’s audacious, visually striking adaptation of the Terry Johnson play Insignificance (Criterion, $29.99 Blu-ray, $21.99 DVD), which finds characters resembling Marilyn Monroe, Joseph McCarthy, Joe DiMaggio and Albert Einstein meeting in a hotel room in 1954. If that doesn’t already sound like a party, keep in mind that Gary Busey is part of the cast, joining Theresa Russell, Tony Curtis and Michael Emil. Also on tap for this week are two ‘70s TV movies from the Warner Archive. One of them, a 1974 crime thriller by Richard Thorpe, bears the memorable, if slightly unmarketable title Smile Jenny, You’re Dead ($24.49), and it co-stars a very young Jodie Foster. The other film, Dummy, is a courtroom drama about a deaf-and-dumb man tried for murder ($24.49).

More entertaining trash arrives in droves June 21 with the latest in Shout! Factory’s ongoing series of Roger Corman’s Cult Classics. This time it’s the Women in Cages Collection ($13.49), which includes the prison flicks Big Doll House (with Pam Grier), the titular Women in Cages and The Big Bird Cage. Elsewhere, we finally get a home-video release of The Romantic Englishwoman (Kino, $24.49 Blu-ray and $22.49 DVD), a strange late-period work directed by blacklisted filmmaker Joseph Losey and written by Tom Stoppard. Lastly, Criterion reissues one of the grimiest, most authentically dark films noir of all time, Robert Aldrich’s uncompromising Kiss Me Deadly ($27.99 Blu-ray, $19.99 DVD).

On June 28, the clear front-runner for everyone’s attention is The Lord of the Rings Motion Picture Trilogy: Extended Features collection on Blu-ray (New Line, $83.99), which is probably about the only thing that will keep New Line in business for another year. I’m more excited about another box set, The Alan Berliner Collection (Lorber Films, $89.99), which includes five of the rarely seen, rarely discussed experimental documentary filmmaker’s movies: The Family Album, Intimate Stranger, Nobody’s Business, The Sweetest Sound and Wide Awake. 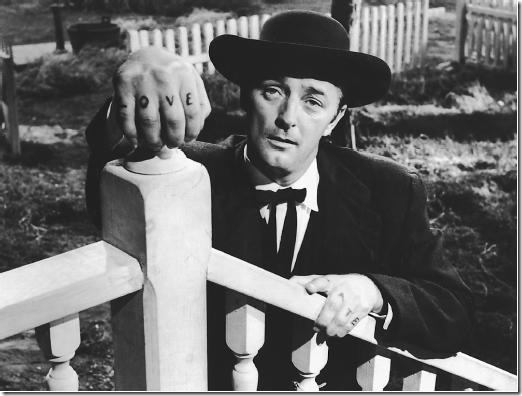 TV Watch: Check out Turner Classic Movies on June 15, when guest programmer Chris Isaak takes over the reins all night. The singer/actor obviously has great taste in cinema: The evening begins at 8 with Charles Laughton’s masterpiece Night of the Hunter and continues with the Anthony Mann psychodrama God’s Little Acre, Elia Kazan’s ahead-of-its-time media satire Face in the Crowd and Orson Welles’ magnificent Touch of Evil, before concluding at 4:30 a.m. with 1956’s A Cry in the Night, a Natalie Wood crime drama that has never been released on home video.

Christmas comes early and wickedly in June 17 when TCM presents Black Christmas, B-movie titan Bob Clark’s ‘70s slasher, at 2:15 a.m., followed by the infamous MST3K favorite Santa Claus Conquers the Martians. Hear it without the snarky commentary, and write your own.

My favorite TCM night of the month, however, has to be Friday, June 24. The evening begins at 8 with Frank Tashlin’s brilliant satire on 1950s America, Will Success Spoil Rock Hunter? Later on that night, we get two rarely screened ‘80s horror movies: Lucio Fulci’s The Beyond (2 a.m.), about a woman whose inherited hotel was built over an entrance to Hell, and the similarly set Crawlspace (3:45 a.m.), which stars Klaus Kinski in uber-creepy mode. Finally, on June 30, in honor of director Anthony Mann’s birthday, check out a day full of his work, including some pretty rare stuff, such as the musical Sing Your Way Home (7:15 a.m.), the thriller Two O’Clock Courage (12:30 p.m.) and the historical drama The Black Book (3 p.m.).

Film: Just in time with the opening of movie theaters in Palm Beach County comes the season’s most … END_OF_DOCUMENT_TOKEN_TO_BE_REPLACED

Music: The very last concert Franz Joseph Haydn attended in his life was in March 1808, about a year … END_OF_DOCUMENT_TOKEN_TO_BE_REPLACED